Hosting the Globes for the fifth, and according to him last time, Ricky Gervais was perhaps even more cutting than before

The 77th Golden Globes were meant to be a coronation for Netflix. Instead, a pair of big-screen epics took top honors Sunday, as Sam Mendes’ technically dazzling World War I tale “1917” won best picture, drama, and Quentin Tarantino’s radiant Los Angeles fable “Once Upon a Time ... in Hollywood” won best film, comedy or musical.

The wins for "1917" were a surprise, besting such favorites as Noah Baumbach’s "Marriage Story" (the leading nominee with six nods) and Martin Scorsese’s "The Irishman." Both are acclaimed Netflix releases but they collectively took home just one award, for Laura Dern’s supporting performance as a divorce attorney in "Marriage Story." "The Irishman" was entirely shut out.

“1917” also won best director for Mendes. The film was made in long takes, giving the impression of it unfolding in one lengthy shot.

“I hope this means that people will turn up and see this on the big screen, the way it was intended,” said Mendes, whose film expands nationwide Friday.

More from the Golden Globes 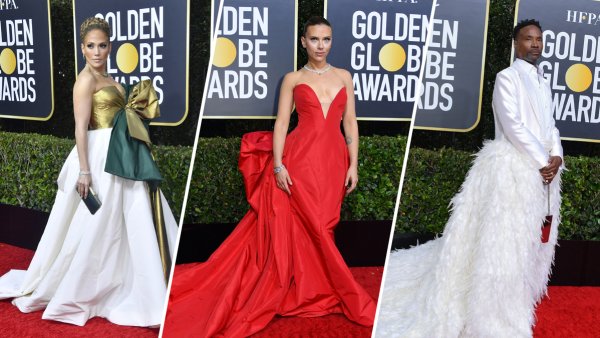 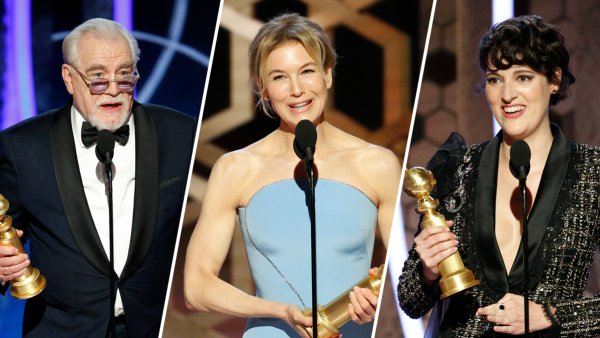 Though set around the 1969 Manson murders “Once Upon a Time ... in Hollywood” was classified a comedy and thus had an easier path to victory than the more competitive drama category. Brad Pitt won for best supporting actor, his first acting Globe since winning in 1996 for “12 Monkeys,” padding his front-runner status for the Oscars. Tarantino also won best screenplay.

“I wanted to bring my mom, but I couldn't because any woman I stand next to they say I am dating so it’d just be awkward,” said Pitt.

Throughout the night, those who took the stage used the moment to speak about current events including the wildfires raging in Australia, rising tensions with Iran, women’s rights, the importance of LGBT trailblazers, even the importance of being on time.

Patricia Arquette, a winner for her performance in Hulu's “The Act," referenced the United States' targeted killing of Iranian Gen. Qasem Soleimani, saying history wouldn't remember the day for the Globes but will see “a country on the brink of war.” She urged all to vote in November's presidential election.

Ricky Gervais, hosting the NBC-telecast ceremony for the fifth time, opened the show by stating that Netflix had taken over Hollywood, a fair appraisal given the streaming service’s commanding 34 nominations coming into the Globes. “This show should just be me coming out going: ‘Well done, Netflix. You win everything tonight,'" he said. 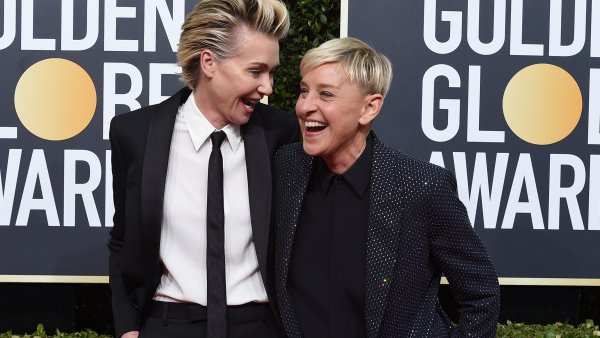 Off-Camera at the Golden Globes Is a Sight to Behold 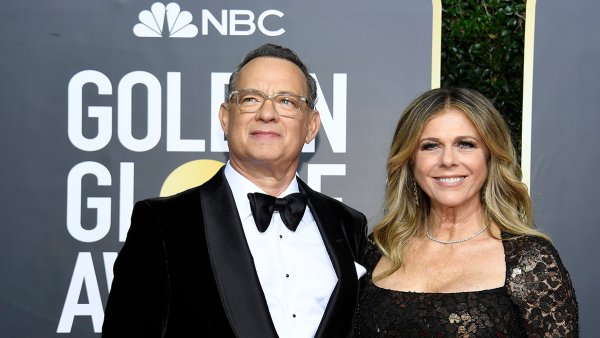 As it turned out, he was wrong. Netflix won only two awards: Dern's win plus one for Olivia Colman's performance in “The Crown.” It was a definite hiccup for the streaming service, which is aiming for its first best-picture win at the Academy Awards next month.

Renee Zelleweger ("Judy") took home best actress in a drama, as expected, notching her fourth Globe. But, as always at the Globes, there were surprises. Taron Egerton, a regular presence on the awards circuit this year, won best actor in a comedy or musical for his Elton John in “Rocketman" — an honor many had pegged for Eddie Murphy ("Dolemite Is My Name").

Awkwafina, the star of the hit indie family drama “The Farewell,” became the first woman of Asian descent to win best actress in a comedy or musical. “If anything, if I fall upon hard times, I can sell this,” said Awkwafina, holding the award. 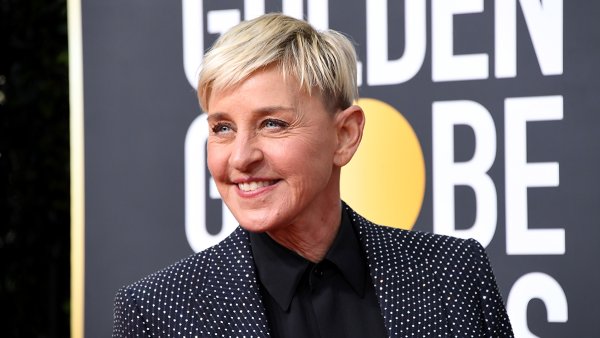 The winners were otherwise largely white, something the Globes have been criticized for before — including even in Gervais' opening monologue, in which he called the Hollywood Foreign Press Association “racist.”

No other category has been more competitive this year than that for best actor. Joaquin Phoenix won for his loose-limbed performance in the divisive but hugely popular “Joker” in a category that included Adam Driver (“Marriage Story”) and Antonio Banderas ("Pain and Glory"). Phoenix gave a rambling speech that began with crediting the HFPA with the vegan meal served at the ceremony.

Michelle Williams, who won best actress in a limited series for “Fosse/Verdon," stood up for women's rights in her acceptance speech.

“When it's time to vote, please do so in your self interest,” Williams said. “It's what men have been doing for years, which is why the world looks so much like them.”

Dern's best supporting actress award for her performance as a divorce attorney in “Marriage Story,” was her fifth Globe. Her win denied Jennifer Lopez, the “Hustlers” star, her first major acting award.

The first award of the night went to a streaming service series. Ramy Youssef won best actor in a TV series comedy or musical for his Hulu show “Ramy.” Best actor in a limited series went to Russell Crowe for the Showtime series “The Loudest Voice.” He wasn't in attendance because of raging wildfires in his native Australia.

“Make no mistake, the tragedy unfolding in Australia is climate-changed based,” Crowe said in a statement read by presenters Jennifer Aniston and Reese Witherspoon.

Phoebe Waller-Bridge followed up her Emmy haul by winning best comedy series and best actress in a comedy series. She thanked former President Barack Obama for putting “Fleabag” on his best-of-2019 list. With a grin, she added: “As some of you may know, he's always been on mine.”

HBO was also triumphant in best TV drama, where the second season of “Succession" bested Netflix's “The Crown” and Apple TV Plus' first Globe nominee, “The Morning Show.” Brian Cox, the Rupert Murdoch-like patriarch of “Succession,” also won best actor in a drama series. “The Crown” took some hardware home, too, with Olivia Colman winning best actress in a drama series, a year after winning for her performance in “The Favourite.”

Best foreign language film went to Bong Joon Ho's “Parasite,” the Cannes Palme d'Or winning sensation from South Korea. Despite being an organization of foreign journalists, the HFPA doesn’t include foreign films in its top categories, thus ruling out “Parasite," a likely best picture nominee at next month's Oscars.

“Once you overcome the inch-tall-barrier of subtitles, you will be introduced to so many more amazing films,” Bong said, speaking through a translator.

Tom Hanks, also a nominee for his supporting turn as Fred Rogers in “A Beautiful Day in the Neighborhood,” received the Cecil B. DeMille lifetime achievement award. The Carol Burnett Award, a similar honorary award given for television accomplishment, was given to Ellen DeGeneres. She was movingly introduced by Kate McKinnon who said DeGeneres' example guided her in her own coming out.

“The only thing that made it less scary was seeing Ellen on TV,” said McKinnon.

Hanks' speech had its own emotional moment when he caught sight of his wife and four children at a table near the stage and choked up.

“A man is blessed with the family's sitting down front like that,” Hanks said.

Elton John and Bernie Taupin won the evening's most heavyweight battle, besting Beyonce and Taylor Swift. Their “I'm Gonna Love Me Again" won best song. “It's the first time I've ever won an award with him,” Elton said of his song-writing partner. “Ever.”

The Golden Globes, Hollywood’s most freewheeling televised award show, could be unusually influential this year. The roughly 90 voting members of the Hollywood Foreign Press Association have traditionally had little in common with the nearly 9,000 industry professionals that make up the Academy of Motion Picture Arts and Sciences. The HFPA is known for calculatingly packing its show with as much star power as possible, occasionally rewarding even the likes of “The Tourist” and “Burlesque.”

Sunday's show may have added to that history with an unexpected award for “Missing Link” for best animated feature film over films like “Toy Story 4” and “Frozen 2.” No one was more surprised than its director, Chris Butler. “I'm flabbergasted," he said.

But the condensed time frame of this year’s award season (the Oscars are Feb. 9) brings the Globes and the Academy Awards closer. Balloting for Oscar nominations began Thursday. Voters were sure to be watching.