Suffice to say, Ken Jeong and Robin Thicke had no clue it was Rudy Giuliani under the mask.

According to Deadline, the "Masked Singer" judges walked off the Fox set in protest last week after President Donald Trump's personal lawyer was unmasked. The outlet reported that their co-stars, Nicole Scherzinger and Jenny McCarthy, remained onstage to speak with the politician, whose costume hasn't been revealed yet. Following a brief break, Thicke and Jeong allegedly returned to set and spoke with Giuliani.

A rep for Jeong and a Fox spokesperson declined to comment on the situation. E! News reached out to Thicke's reps for comment and didn't hear back. 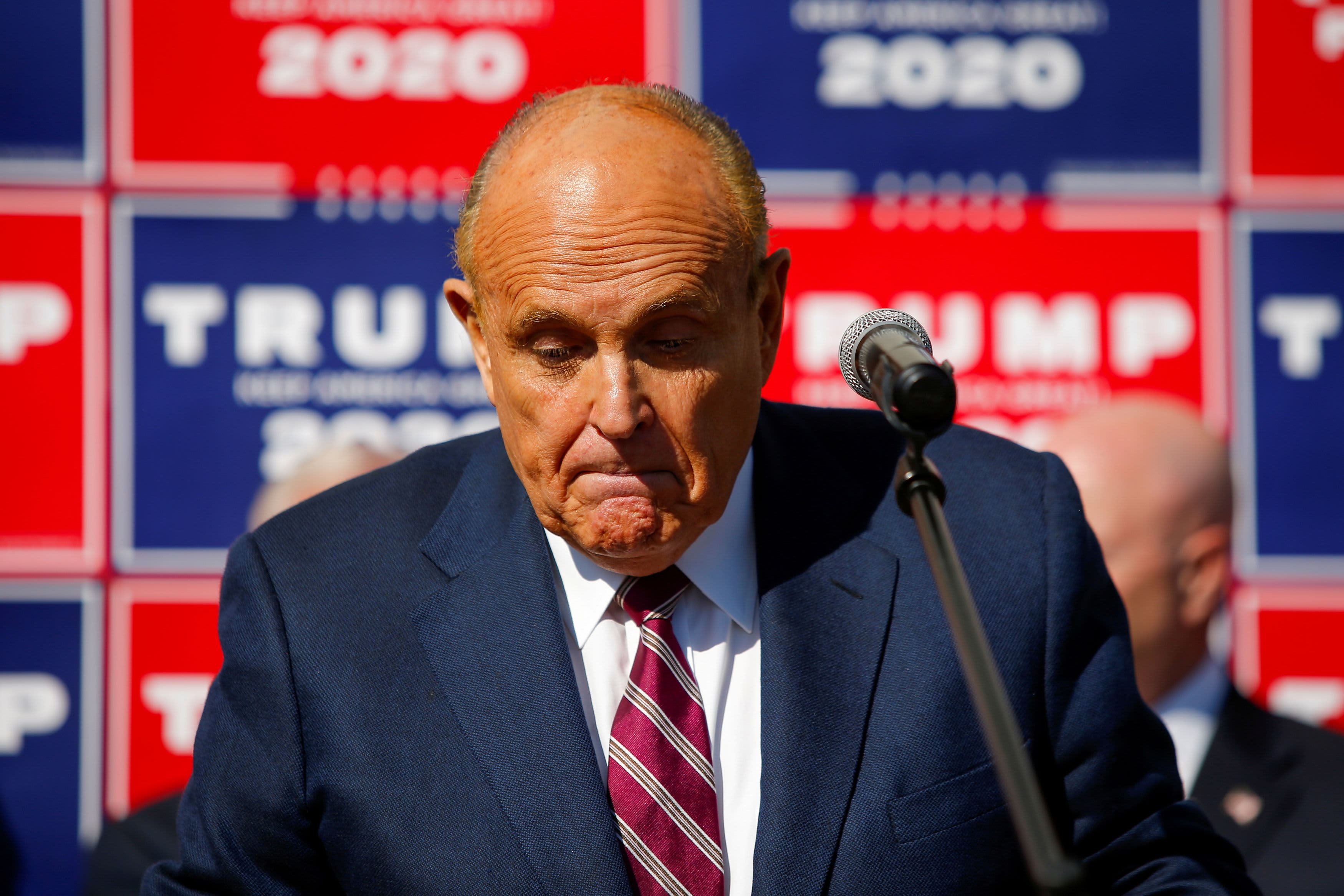 The upcoming season of "The Masked Singer" is themed "The Good, the Bad and the Cuddly," with contestants' costumes centered around one of the three descriptors. The series premieres on Fox March 9.

After news broke of Giuliani's reported participation on the competition series, celebs took to social media to express their disdain. "This is an incredibly disturbing stunt," "Two and a Half Men'" star Jon Cryer tweeted. "Rudy Giuliani helped to engineer a coup attempt. The producers of this show should be ashamed." Added Seth MacFarlane, "Anything for ratings, right?"

In January, Giuliani was subpoenaed by the House Committee investigating the Jan. 6, 2021 attack on the Capitol. According to NBC News, the committee says Giuliani is one of the individuals who "publicly promoted unsupported claims about the 2020 election and participated in attempts to disrupt or delay the certification of election results."

Giuliani's lawyer, Robert Costello, said in a statement to NBC News, "This is a grandstand theatrical political play because the committee cannot seriously think that they can subpoena four lawyers," Costello continued, "and actually obtain factual information in violation of the attorney client privilege."

This isn't the first time "The Masked Singer" has drawn backlash with their casting. In March 2020, the show was criticized when former Alaska Governor Sarah Palin was unmasked as The Bear.