A winter weather advisory remained in effect Wednesday morning as the Chicago area woke up to more snow - though it was less than what was initially projected.

The advisory went into effect Tuesday and will last through 6 p.m. CST in Lake, Newton, Porter, Jasper and Benton counties in Indiana, according to the National Weather Service, which warned of total snow accumulations between 2 and 4 inches.

LaPorte County in Indiana was also under an advisory through 12 a.m. Thursday, and another winter weather advisory was expected to remain in effect through 12 p.m. in Cook, DuPage, Will, Kendall, Grundy, LaSalle and Livingston counties, with possible snow accumulations of 2 to 3 inches in some areas.

The NWS said wind gusts could reach as high as 35 miles per hour and warned that the snow would make for slippery road conditions for the morning commute.

The winds also prompted lakeshore flood warnings for the counties on the Illinois shores of Lake Michigan through 3 p.m., and on the Indiana shores through 9 a.m. Thursday. The National Weather Service warned that waves between 8 and 12 feet tall would hit the lakeshore in Lake and Cook counties in Illinois, and waves between 10 and 14 feet would batter Lake and LaPorte counties in Indiana, exacerbating already significant beach and shoreline erosion, as well as damaging vulnerable structures and even threatening roadways.

According to NBC Storm Team 5 meteorologists, a direction change had the winter system that was expected to dump nearly a foot of snow in some locations moving south as of Monday. 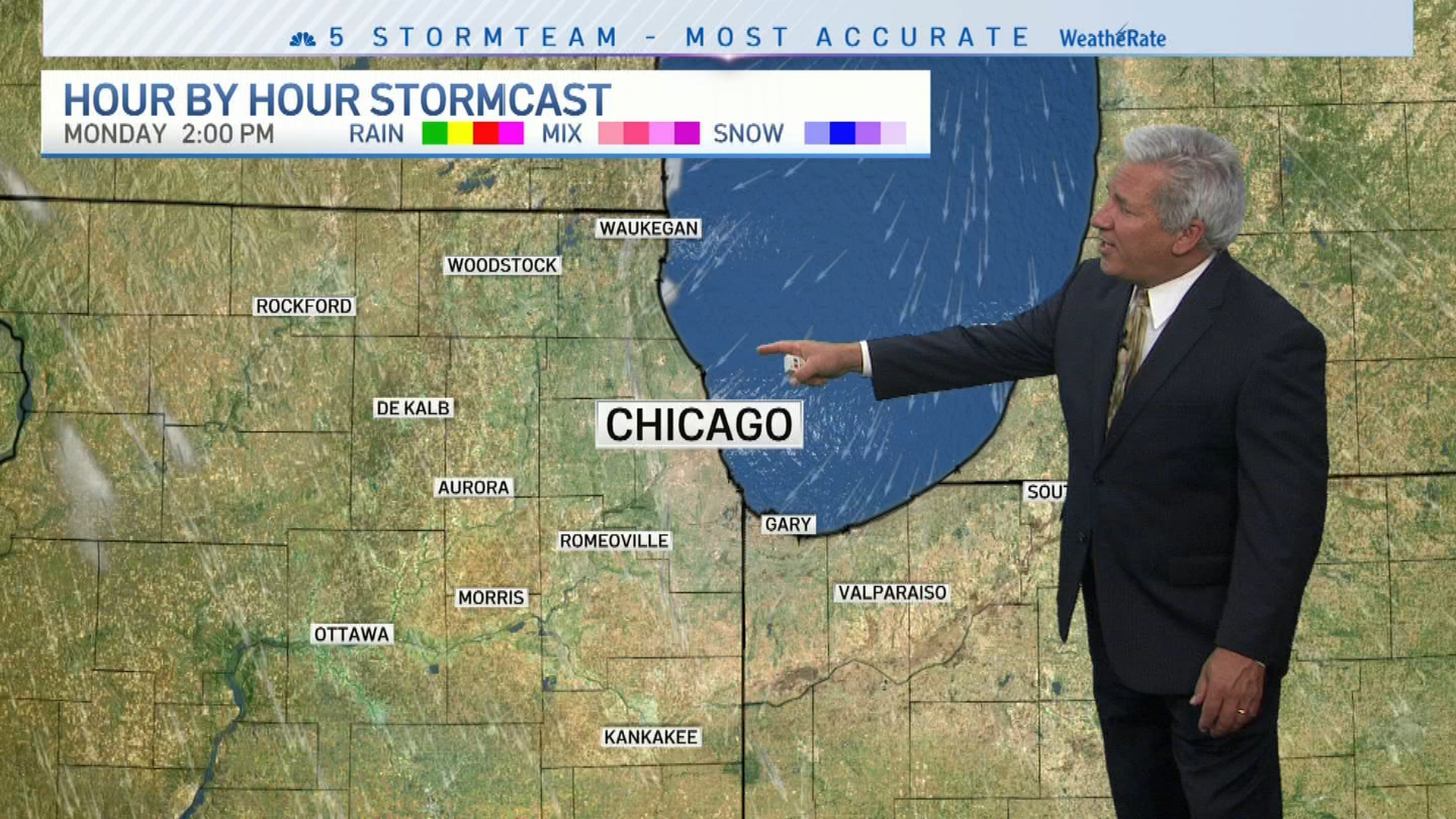 That, combined with a sharp cut-off line for snow in the system, means many in the Chicago area will be left with little to no accumulation, particularly in locations north and west of Chicago.

By Tuesday afternoon, models were showing totals ranging from less than an inch north to up to 5 inches of part of northwest Indiana. The shift in the storm's path wasn't entirely unexpected, though, as NBC Storm Team 5 meteorologists had been tracking the possibility, warning that totals might change as the work week began.

Late Tuesday afternoon, a light mix of snow and rain moved into some locations and transitioned to all snow as it moved north through the evening.