Sunday Could Tie For Coldest Valentine's Afternoon Ever in Chicago

Freezing for Valentine's Day: Chicago-area highs hover in the single digits with wind chill readings between -15 and -25 degrees

This weekend's Valentine's Day forecast might make you want to break up with Chicago winter weather for good.

The Chicago area's prolonged bitter blast not only continues this weekend, but it puts Sunday in position to tie for the coldest Valentine's Day afternoon ever.

Chicago's lowest Valentine's daytime high, or the coldest afternoon, was set on Feb. 14, 1943, at 8 degrees.

This Sunday's high temperature is also forecast for 8 degrees, according to NBC 5 Storm Team meteorologist Paul Deanno. Wind chill readings on Sunday could dip between -15 and -25 degrees.

Here's some good news to put things in perspective: The coldest temperature ever recorded on Feb. 14 in Chicago was -11 degrees back in 1905. We aren’t getting close to that record this year.

Still, the Chicago area has seen a remarkable run of cold weather in recent days, and it’s showing no signs of slowing down as dangerously frigid temperatures and even more snow continue. Area officials are encouraging people to stay inside and stay safe. 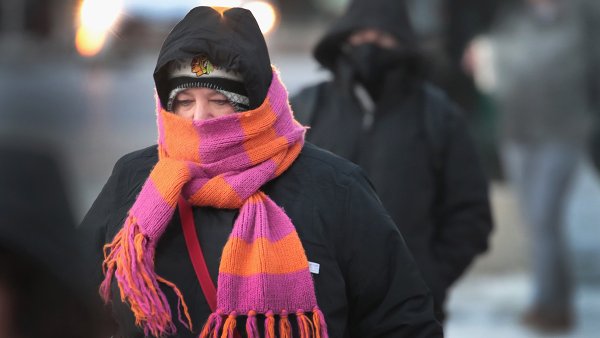 What is Causing Chicago's Recent Cold Snap? Here's the Atmospheric Phenomenon to Blame 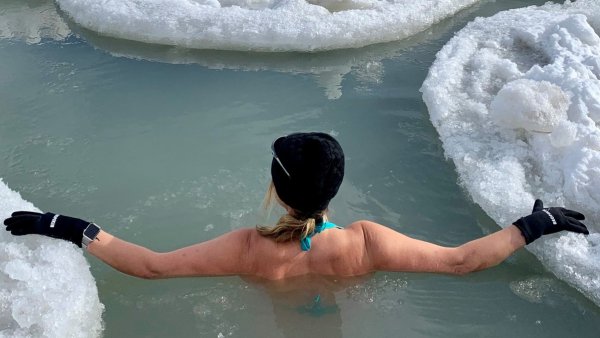 So what is causing all of this cold? A phenomenon known as “sudden stratospheric warming,” which is occurring over the North Pole.

During the winter, a mass of cold air forms over the North Pole and the Arctic Circle because of the fact that no sunlight shines on that area during the winter months. A stream of air called the “polar night jet stream” keeps that cold air in place, in what amounts to a large circle of air over the top of the globe.

When “sudden stratospheric warming” occurs, the potential exists for that “polar night jet stream” to be disrupted in a big way, and that is what is happening right now.

Our normal polar jet stream, the iconic image of sweeping air that you see in every weather report on your daily newscast, has a large ridge in the western portion of North America, which is caused by the jet stream hitting a large land mass. That ridge can extend all the way up the western Canadian coast and into Alaska, and as the “polar night jet stream” is pressed outward by stratospheric warming, it can conflict with that other jet stream, causing a “wobbling” effect.

When that “wobbling” occurs, it can spell trouble for parts of Canada and the northern United States. The warmer air in the stratosphere presses down on the colder air underneath it, sending it spreading out like toothpaste being squeezed from a tube.

As a result, Canada and the northern United States are seeing colder temperatures than what are being recorded at the North Pole.