A Winter Storm Watch was issued for part of the Chicago area, including McHenry, DeKalb, Cook, Lake, Kane, DuPage, LaSalle and Kendall counties in Illinois

A major winter storm has set its sights on the Chicago area, bringing the threat of significant snow, heavy rain and ice along with it.

A Winter Storm Watch was issued for parts of the Chicago area, including McHenry, DeKalb, Cook, Lake, Kane, DuPage, LaSalle and Kendall counties in Illinois. The watch takes effect late Friday night and continues through late Saturday evening. It warns of a mix of freezing rain and sleet before a period of heavy snow.

What exactly will happen will depend largely on the storm’s path, how quickly temperatures cool and how winds shift as the storm approaches Friday, according to NBC 5 Storm Team Meteorologists.

Despite plenty of uncertainty, as of Thursday, it appeared a swath of the Chicago area could see double-digit snowfall totals by Saturday evening. Other locations could see as much as 3 inches of rain with the system. 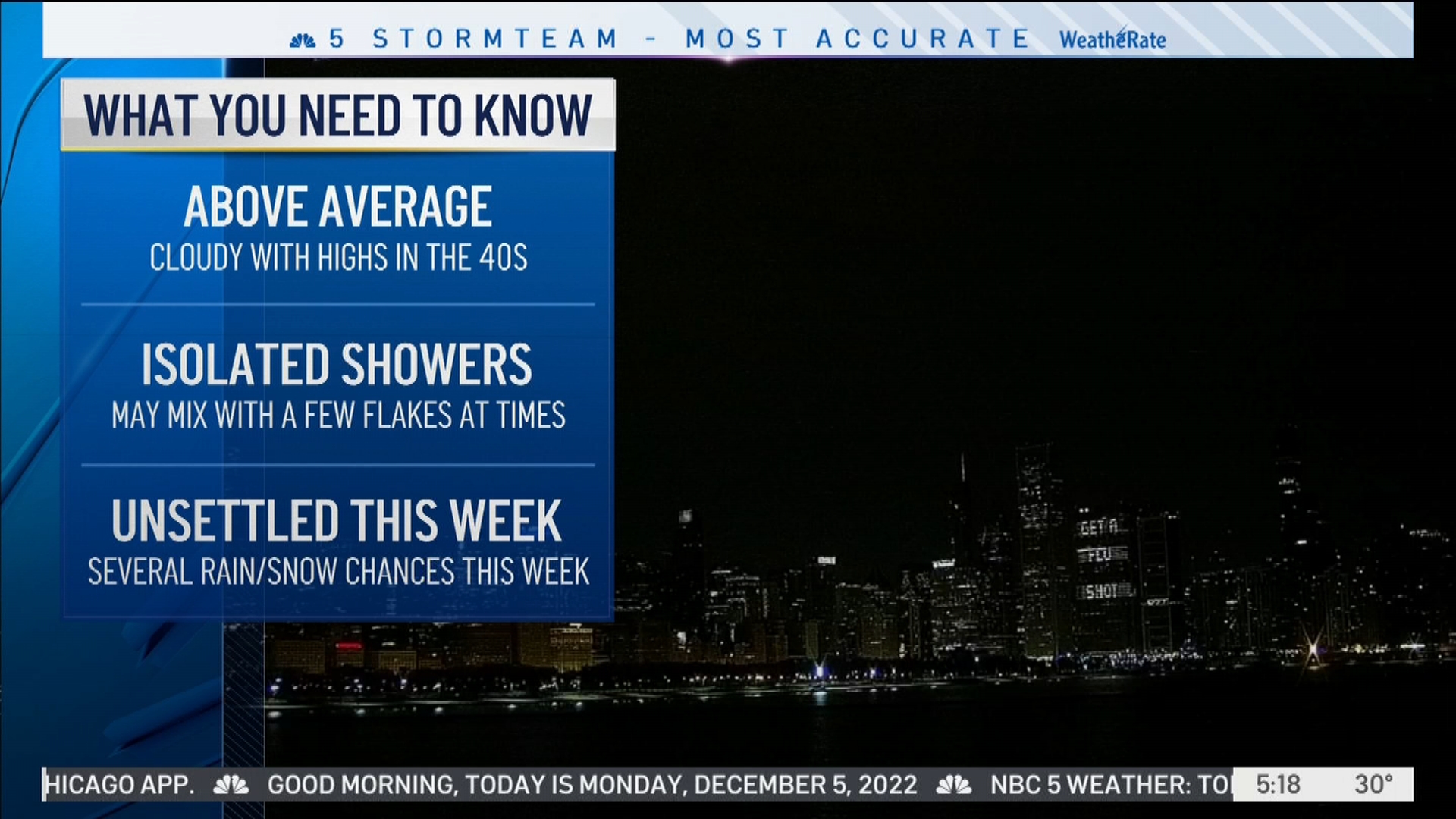 The big question remains over where the rain-snow line will fall. Even the slightest deviation in the storm’s path will mean dramatic changes across the area.

Predictions so far indicate areas north and west of Chicago will likely see the heavier snow totals with areas south of the city experiencing heavy rain. Should the storm shift north, more areas will see heavier rain than snow. If it shifts south, that would mean heavier snow totals across the area.

In the city and its surrounding suburbs there remains a large discrepancy in models over just how much snow and rain the area will see, but a combination of the two is expected.

Another concern with the system will be freezing rain and sleet that could make travel hazardous for many.

The system is expected to bring heavier rain late Friday evening and into Saturday morning for most, mixing with freezing rain, sleet and snow in far north and northwest counties by dawn.

As temperatures continue to cool Saturday afternoon and evening, the rain is expected to transition to snow for areas north, west and around Chicago.

Already, flood watches have been issued in Cook, DuPage, Grundy, Kankakee, Kendall and Will counties ahead of the storm. The watches extend from Friday evening through Saturday afternoon. Flood Warnings will also be in effect around some area rivers south of Chicago.

A Lakeshore Flood Watch takes effect late Friday night, continuing into Saturday evening. Waves of up to 20 feet are possible along the shorelines in Cook and Lake Counties in Illinois as well as Lake and Porter Counties in Indiana, according to the National Weather Service.

Rain already fell in portions of the area Thursday morning ahead of a blustery and warm day. Periodic showers are possible during the afternoon and evening as highs rise to near 50 degrees in some locations.

Light rain is possible overnight and into Friday morning as highs range from the upper-30s far north to the upper-40s south of the city. Temperatures are expected to fall later in the day, however.

This is a developing forecast. Check here for updates on the latest weather predictions for your area from NBC 5 Storm Team meteorologists.