Not one, but two interesting weather phenomenons occurred along Lake Michigan over the weekend

From ice balls to ice volcanoes – Lake Michigan is clearly as cold as ice.

The Holland State Park in Michigan posted on social media Friday that its shoreline was covered in “ice balls.” The post included a photo of hundreds of large, round chunks of ice lining the shoreline.

The boulder-sized balls form when chunks break off from sheets of ice covering the lake, and the churning waves form the pieces into balls.

But experts urged caution for those looking to see them for themselves.

Heat, Power Go Out at Little Village Elementary on Coldest Day of Winter 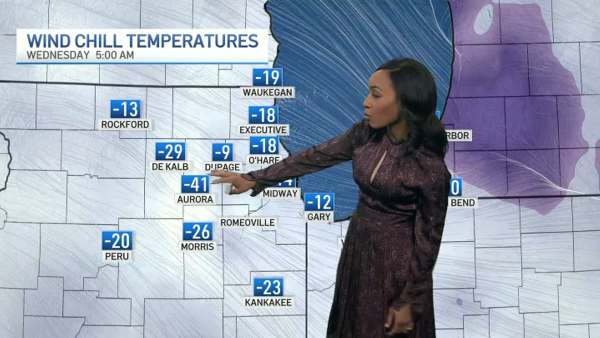 “Seriously, if you’re coming out to see the ice balls, please dress warm and be careful of snow covered debris,” the state park’s post read.

“You never know what you’ll find at the lake until you go out there,” the tweet read. “Today it was volcanoes.”

The Wisconsin Department of Natural Resources says the rare sight happens when “a shell of ice forms and a weak spot is exploited by the wave action, creating a hole.”

“Then a volcano-like structure forms around the hole from the water being sprayed from the top,” the department wrote on Facebook.

It's not the first time such weather phenomenons have been spotted along Lake Michigan.