One look at social media in the Chicago area and you're likely to see at least one image or video of icy formations in Lake Michigan.

But what causes the frozen photogenic phenomenon?

According to the Weather Channel, the pancake ice typically forms "in areas with at least some wave action and air temperatures just below freezing." 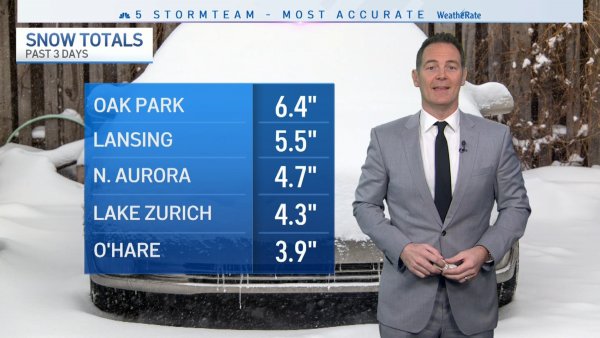 Essentially, you need cold air and a large body of water with a current in it.

According to Deanno, the current helps the ice form in circles instead of one large mass.

The Weather Channel reports the ice typically begins "as a thin ice layer (known as grease ice) or slush on the water surface, which accumulates into quasi-circular disks."

"The 'lily pad,' or raised-edge appearance of pancake ice, can form when each disk bumps up against one another, or when slush splashes onto and then freezes on the slab's edge," writes Jon Erdman.

Though it's not an uncommon sight, it won't last for long, Deanno said.

Over time, the pancakes or lily pads will likely clump together into one chunk of ice, so the “pancake ice” happens only when the lake first starts to freeze.