Chicago Poised to Shatter Record for Wettest May of All-Time

With expected rains this week, Chicago would break the record for the third year in a row

With nearly two weeks remaining in the month, Chicago is poised to smash the record for wettest May on record thanks to a series of heavy rainfall events.

According to data from the National Weather Service, Chicago’s O’Hare International Airport has reported 8.19 inches of rain this month, already making this the third-wettest May since record keeping began in the 1950s.

The all-time record that the city could potentially break hasn’t exactly stood for very long. According to NBC 5 Storm Team Meteorologist Paul Deanno, the record was set in 2019, with 8.25 inches of rain falling during the month.

May 2018 was another record-setting month, with 8.21 inches of rain, meaning that if Chicago gets 0.07 more inches of rain this month, it will mark the third consecutive year that the monthly rain record has been broken.

Even more remarkably, the 7.88 inches of rain Chicago has received over the last four days along would already be the third-wettest May on record at O’Hare.

As a result of all the rain, forecasters are already predicting minor-to-moderate flooding on virtually every river in the area. The Illinois and Des Plaines Rivers could see major flooding well into the week, according to models, and as a result flood warnings have popped up across the region. 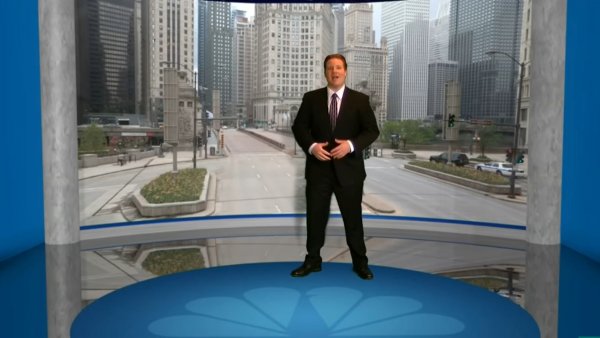