Leaders from 11 transit agencies, including the Chicago Transit Authority, pleaded with Congress for help Tuesday as long-term financing deals with investors collapse amid the global credit crisis.

The officials warned that 31 of the nation's largest transit systems could face at least $2 billion in payments in the coming months if hundreds of the deals go bad. The fallout could cripple rail and bus systems at a time when ridership is soaring.

"Time is not our friend," said Beverly Scott, general manager of the Metropolitan Atlanta Rapid Transit Authority. "The innocent victims will be the millions of riders who rely on public transit every day."

Insurers such as American International Group Inc. had backed the long-term deals, but downgrades of AIG's credit have put many of the transactions in default. That has triggered a clause allowing banks to demand early termination fees and other penalties.

Transit officials want lawmakers to request the U.S. Treasury to guarantee the deals instead. They say such an arrangement would put the federal government at little risk.

The Treasury Department has said it is aware of the problem, but declined further comment. Several sympathetic members of Congress have pressed for a solution in recent weeks, including Rep. John Mica, R-Fla., the top Republican on the House Transportation Committee.

Mica said he believes the government has the authority to resolve the issue. Otherwise, he said he is prepared to seek legislative relief for the transit systems. 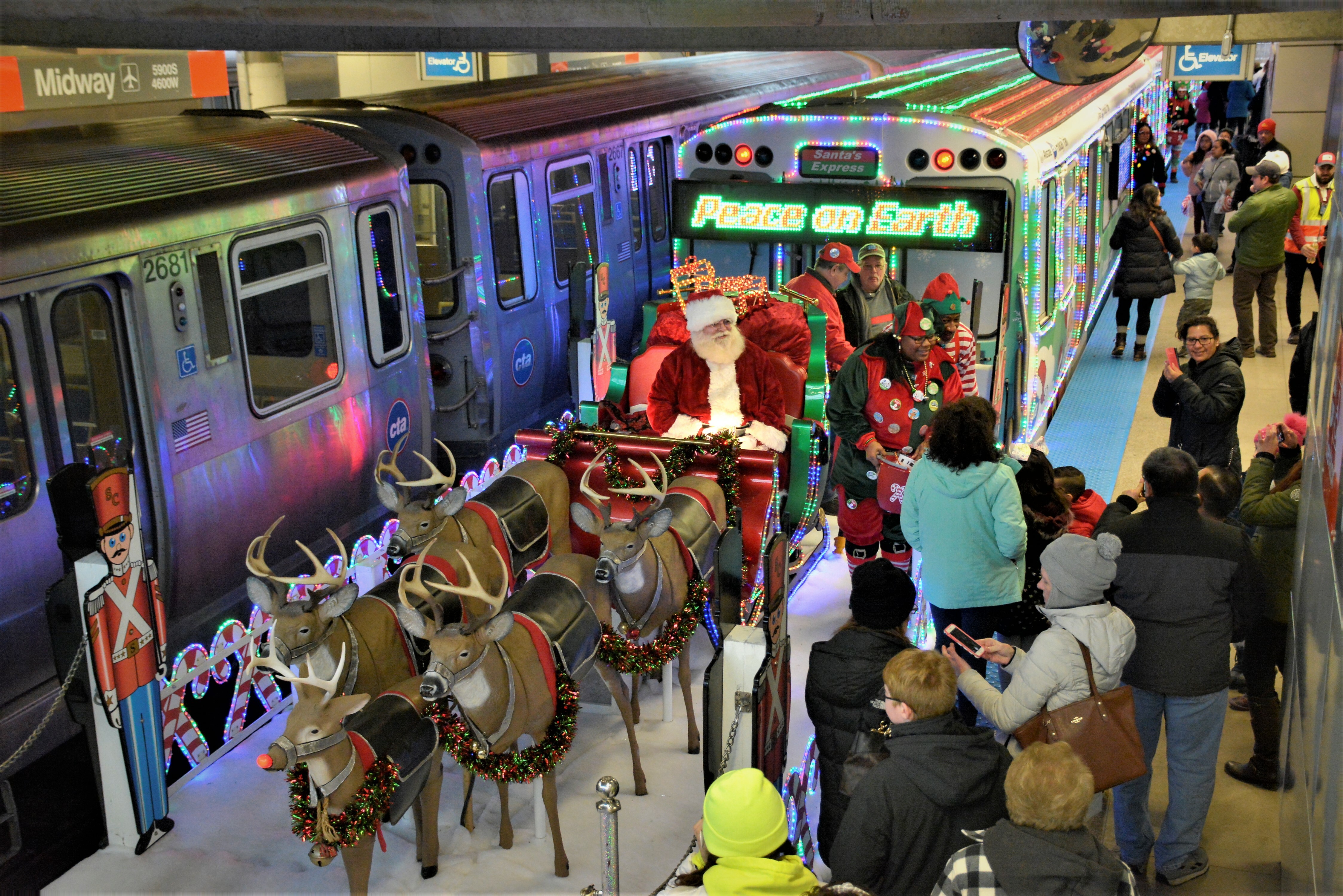 CTA's Holiday Train and Bus Is Back For The Season. Here's When and Where to Catch Ride

CTA's 2022 Holiday Train, Bus Are Coming to a Neighborhood Near You. Here's When and Where to Find Them

"They're in a very critical situation," Mica said. "We've got to make certain we back up our public agencies."

General managers and other officials from transit agencies in New York, Los Angeles, Houston, St. Louis, Chicago and Boston were among those who gathered in Washington to lobby lawmakers.

Roger Snoble, chief of the Los Angeles Metropolitan Transportation Authority, said the meetings gave congressional staffers a better understanding of the agencies' plight. And Snoble said he was "cautiously optimistic" that help would be forthcoming.

Still, he noted lawmakers are juggling many requests for assistance -- especially from U.S. automakers, which are seeking a $25 million lifeline from Congress.

"This is something they can fix and fix easily," Snoble said of the troubled financing deals. "They don't have to reach into the Treasury and pull out gobs of money for us. We're just asking for a guarantee."

In a once-common practice, many transit agencies entered into arrangements in which they sold rail cars and other equipment to banks, then leased them back at a discount.

Both sides benefited. The transit agencies were given a large sum of money up front, which could pay for various infrastructure upgrades. And the banks were able to rely on frequent lease payments while writing off taxes on the depreciating property.

The IRS ended such leasing arrangements in 2004 and is pressuring banks to stop the tax shelters by the end of the year.

Metro, the Washington area's transit system, settled last week with a bank demanding $43 million from one such financing deal. The settlement followed three days of talks overseen by a federal judge; terms of the deal were not disclosed.

Metro general manager John Catoe noted Tuesday that Metro still faces 14 similar financing deals. He said having to settle all of them in court would lead to hefty legal costs and other expenses.

The other three agencies seeking government help are in Sacramento and San Jose in California and New Jersey Transit.