The Food Guy: Restaurants for a Special Occasion

Summer is filled with all kinds of special events – graduations, engagement parties and weddings. And some sense of normal returns, NBC 5's Food Guy Steve Dolinsky is ready to drop some coin.

He’s in the mood to celebrate – big time – at a few places where he says diners can really throw down like a big shot.

Even though the menu at Maple and Ash in the Gold Coast contains all of the steakhouse greatest hits, the restaurant group behind it really knows how to coddle its big spenders. The menu has an option called “I Don’t Give a $#%&.” Start off with oysters and caviar, of course. But then comes wave after wave – a seafood tower jammed with shellfish that’s been roasted over charcoal, drenched in butter and herbs. A wedge salad, some beef tartare and more beef, perhaps grilled wagyu with roasted bone marrow; plus fish of the day and buttery, cheesy sides. Oh, just so everyone in the room knows you’re a baller, they’ll set a candelabra on your table worthy of Liberace.

In River North, above Sushi-san, the austere Omakase room is Lettuce Entertain You’s homage to Japanese tasting menus. Begin with a cocktail in the lounge, then settle in at the 10-seat counter for a $250 trip to Japan.

“I think the idea in conceiving this restaurant is everyone who leaves here should feel like it was an incredible value,” said Amarit Dulyapaibul, general manager at Omakase Room at Sushi San.

“Razor clam. Hokkaido snow beef, or expressions of Balfegó blue fin tuna; copious amounts of caviar. You really do get a sense of the fact not only are Shige-san and Kaze-san masters at their craft, but they’re working with some of the best products you can possibly find,” Dulyapaibul said. 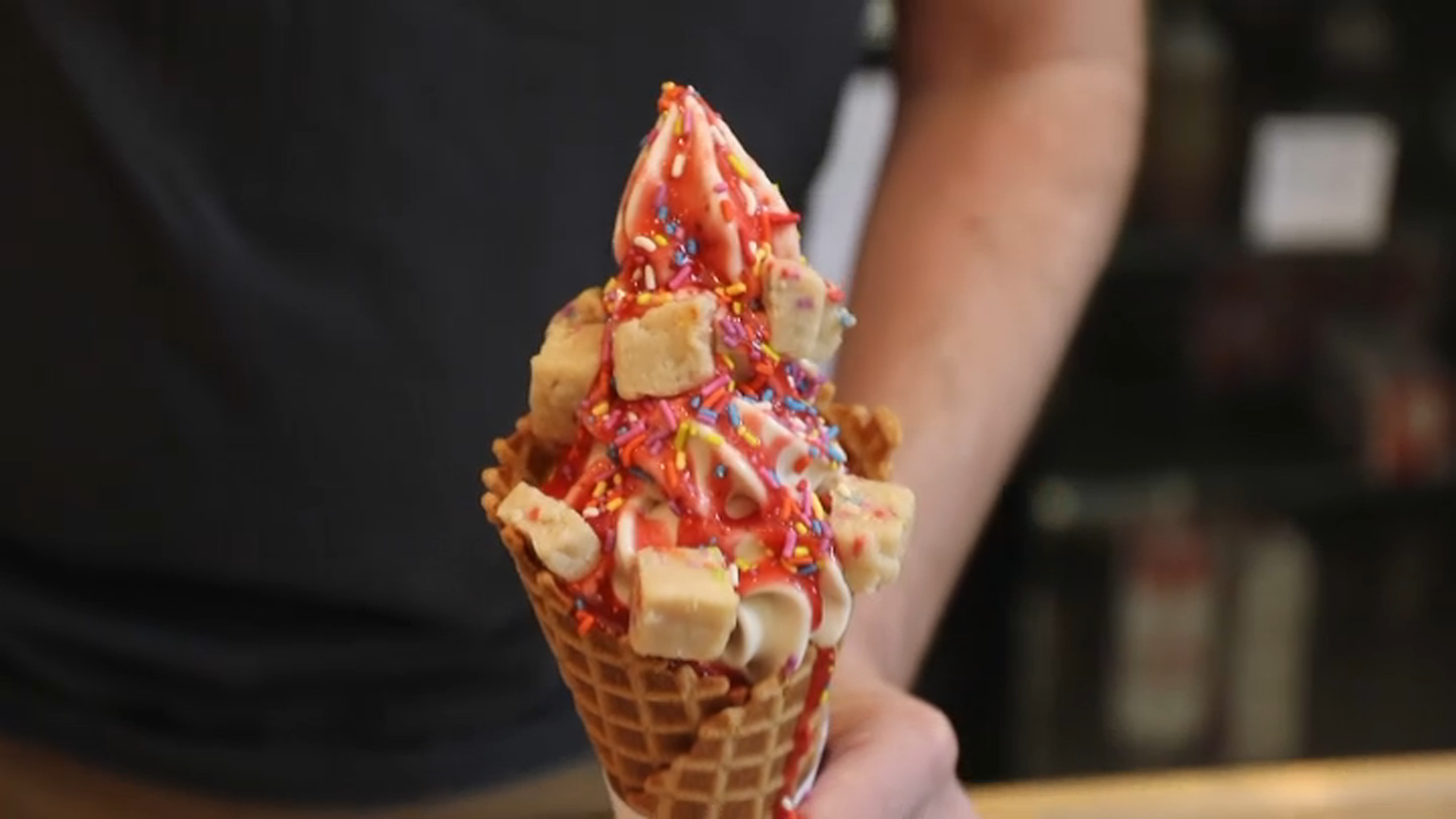 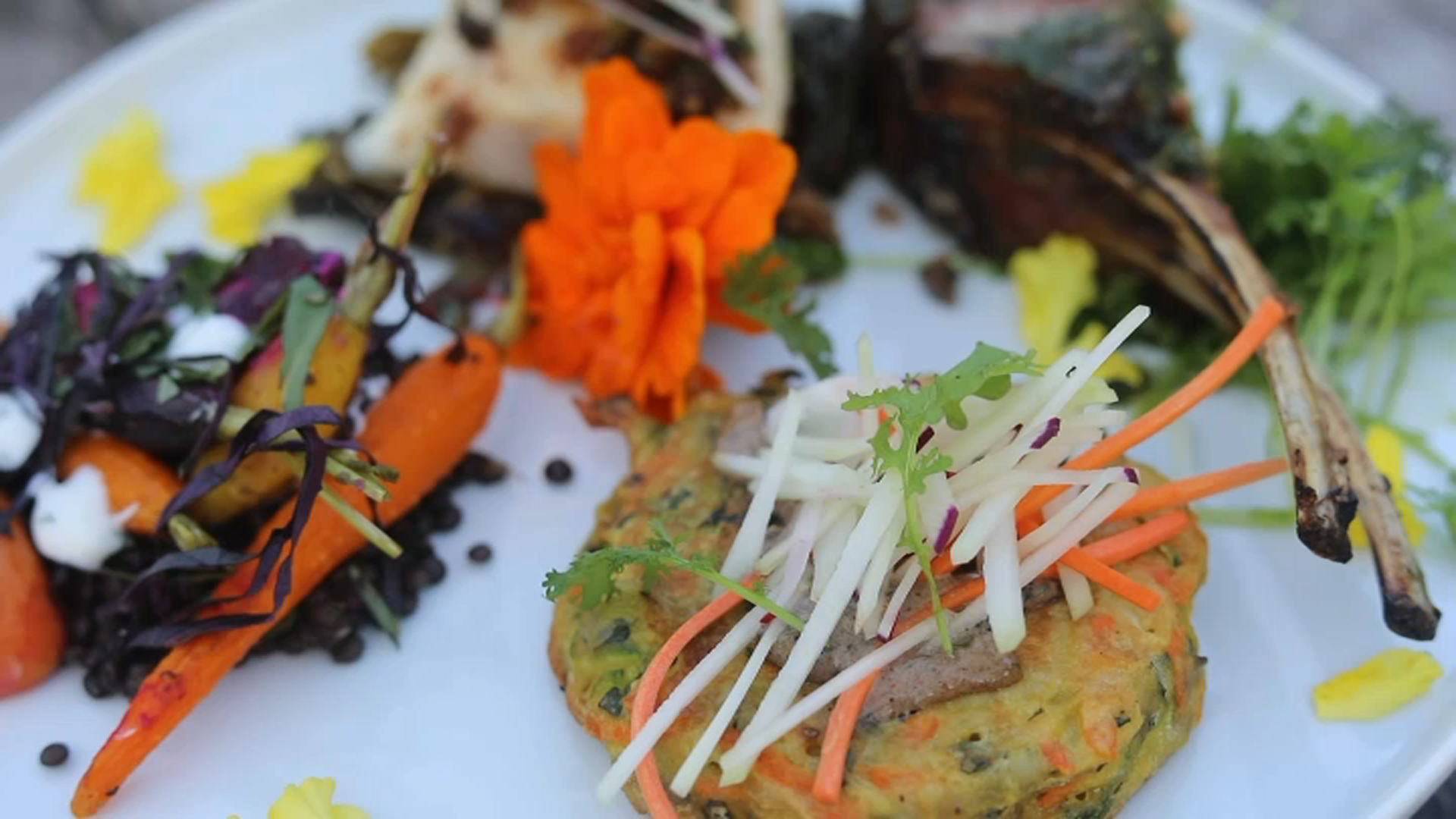 The Food Guy: Chicago Caterer Dishes Up Food Fresh From the Garden

On Wacker Drive, the Gibson’s group has partnered with Chef José Andrés, creating two big-time options: Bar Mar on the first floor, and above it, Bazaar Meat, a temple of excess with Spanish roots.

“It really is telling a story, a narrative about the products, the foods we have, where they came from,” said Christopher Bugeya, general manager of Bazaar Meat.

There’s whimsy – like a cotton candy lollipop hiding a block of foie gras – the famous “liquid olive” bite and ceviche housed in a dragon fruit. But also tableside prep like cocktails assembled with liquid nitrogen or wagyu beef cooked on hot stones before your eyes. More beef in the form of tartare, assembled then arranged in soft brioche buns, or dry-aged beef from all over the world.

Pork-out on hand-sliced jamón Iberico, or an entire suckling pig, roasted in a custom oven from Barcelona, its skin crispy and crackling.

And don’t forget about the caviar service. Impress your table with a hockey puck-sized block that’s served on decorative blinis with crème fraiche.

“It’s really a focus on the food. We don’t worry about linens at the table, it’s really about the guest being enthralled in this room with smoke and all these things happening all over the place. It’s an experience,” he said.

And let’s not forget about Joe’s Seafood, Prime Steak and Stone Crab, where a pound-and-a-half cluster of Alaskan King Crab will set you back $200.

The Omakase Room at Sushi-san