David Ayres was sitting in the stands with his wife at Scotiabank Arena when Carolina Hurricanes goalie James Reimer went down with an injury.

The on-call emergency netminder in Toronto, Ayers left his seat and got half-dressed into his gear on the off-chance something might happen to Carolina's second option, Petr Mrazek.

Midway through the second period, Ayres noticed his cellphone started to blow up. What he didn't realize was that Mrazek had been hurt in a scary collision with Maple Leafs forward Kyle Clifford and was down on the ice.

Next thing the 42-year-old Zamboni driver knew, he was walking down the tunnel and into the spotlight.

And not long after, he had an improbable first NHL win. He is the oldest goalie in NHL history to win his regular-season debut.

Ayres allowed goals on the first two shots he faced before settling down and stopping the next eight in a suffocating defensive performance by his new teammates as Carolina picked up a stunning 6-3 victory over the Maple Leafs on Saturday night.

Jimmy Fallon invites Justin Bieber to an ice rink to get some hockey tips from the international pop star. 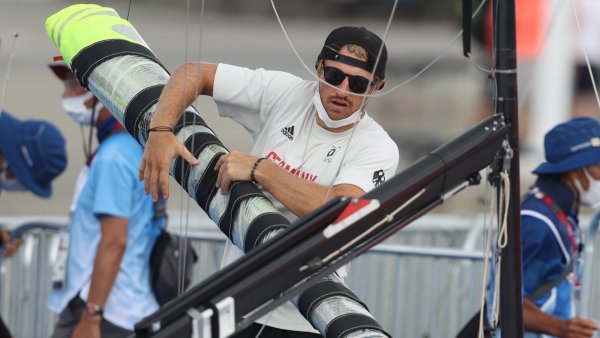 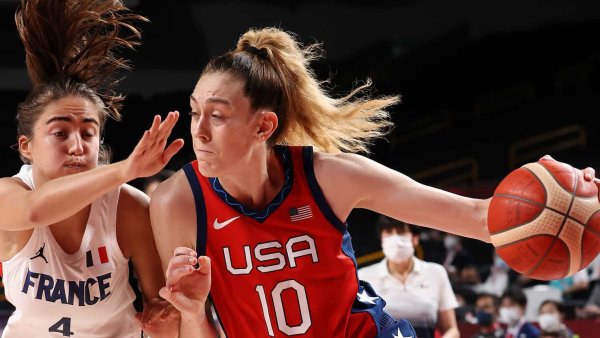 "I had a couple of text messages that told me to get in there," Ayres said in front a throng of reporters. "I hadn't seen the footage (of Mrazek's injury). I was in the media room by myself and a guy came in and said, 'Get going. Get ready.'

Ayres, who had a kidney transplant 15 years ago and wasn't sure if he would ever play hockey again, has been a practice goalie with the Leafs and the club's American Hockey League affiliate, the Toronto Marlies, for the last eight years.

The native of nearby Whitby, Ontario, faces shots from professional players on an almost-daily basis during the season but never thought he'd be called into service in an NHL game.

"These guys were awesome," Ayres said. "They said to me, 'Have fun with it, don't worry about how many goals go in, this is your moment, have fun with it.'"

He did more than that, and was greeted with raucous cheers from the Hurricanes in their locker room after finishing a post-game TV interview.

"I had no idea I was going to get a shower before I got in the shower," Ayres, the game's first star, said with a grin. "I got one."

Not long after the final buzzer, the Hurricanes were hawking T-shirts on Twitter sporting the stand-in goalie's No. 90.

"It's pretty special," Hurricanes coach Rod Brind'Amour said. "I told the guys after the game, 'Thank him because that just gave (us) an incredible memory.'"

Warren Foegele scored twice, Martin Necas had a goal and an assist, and Lucas Wallmark, Nino Niederreiter and Teuvo Teravainen provided the rest of the offense for Carolina.

"He probably dreams of playing in the National Hockey League," Foegele said of Ayres. "What a moment for him. Something he'll never forget, and something we won't either."

Alexander Kerfoot, Pierre Engvall and John Tavares scored for Toronto, which beat the Hurricanes 8-6 at home on Dec. 23. Kasperi Kapanen and Tyson Barrie picked up two assists each for the Leafs. Frederik Andersen made 41 saves.

Toronto was playing poorly before Mrazek went down with Carolina leading. Things didn't get much better, even though Tavares and Engvall scored on consecutive attempts to make it 4-3 through 40 minutes.

"The reality is that the game really just stayed the same," said Maple Leafs coach Sheldon Keefe, whose players mustered just seven shots in the third. "When the goalie switch happened, I talked to the team and said, 'If we don't change how we're playing, they don't even need a goalie. There're no chances, no shots, there's nothing happening.'

"They didn't need a goaltender the way the game was going."

Reimer started for the Hurricanes against his former team but left with a lower-body injury in the first after being bowled over in his crease. He was replaced by Mrazek, who made 31 saves in Friday's 5-2 home loss to the New York Rangers. But Carolina's second option went down after that thunderous encounter with Clifford as both players raced for the puck along the sideboards with 8:41 left in the second.

That forced Ayres, who's been the emergency goalie in Toronto for about half the games this season and is available to either team, into action for the remainder of game between clubs battling for playoff positioning in the Eastern Conference.

"You kind of think, 'Oh well how's this gonna end up?'" Brind'Amour said. "That's incredible. That's why you do this."

After the bizarre second that saw Carolina score four times, give up two goals, lose Mrazek, and have Ayres pressed into action, the Hurricanes made it 5-3 just 53 seconds into the third after jumping on a turnover and beating Andersen in tight.

Necas then made it 6-3 at 3:44 when he picked up a loose puck to finish off a chaotic sequence as boos rained down.

The jeers continued on a Leafs power play later in the period and got louder as the period wore on, with some fans chanting "Let's Go Raptors!" as the final minutes ticked down.

"We obviously didn't handle the circumstances of the game very well," Leafs captain John Tavares said. "Might have been our poorest night of execution.

"We seemed like the team that played last night and traveled."

Carolina trailed 1-0 after the first, but tied it at 5:46 of the second when Wallmark scored off a scramble. Niederrieter then blasted a one-timer on a power play at 9:43 before Foegele made it 3-1 at 10:49.

Mrazek was out of the game 30 seconds later.

Teravainen made it 4-1 with Clifford in the box for charging at 13:17, but Tavares scored on the first shot against Ayres, through the pads 19 seconds after that.

The Leafs, who were coming of an encouraging 4-0 win over Pittsburgh on Thursday, then got a power play — fans screamed "Shoot!" almost every time a Toronto player had the puck anywhere near the opposition net — but the Hurricanes didn't allow anything through.

Ayres made his first save late in the second on Auston Matthews as Carolina led 4-3 through a wild 40 minutes and shut things down in the third.

"These guys," Ayres said of what he'll remember most. "How great they were to me. The crowd in Toronto was unreal. Even though I was on the other team they were so receptive. Every time I made a save I could hear them cheering for me.

Carolina announced Sunday that Ayres will play in their game Tuesday night in Raleigh against the Dallas Stars.

"See you Tuesday, Davey!" the club said on its Twitter account. “Ayres will be in the building on Tuesday and will be our @VectorSecurity Siren Sounder!"

"They're flying me down to Carolina for their game on Tuesday so I'll get to spend more time with the guys, which is good," Ayres said Toronto on Sunday at the Maple Leafs' practice facility. "They're a great team, great organization."