The celebration will begin at Wintrust Arena and make its way to Millennium Park, the city announced Monday

Chicago is going to celebrate the Sky's historic championship Tuesday with a parade and rally.

The celebration will begin at Wintrust Arena and make its way to Millennium Park, the city announced Monday.

"The City of Chicago could not be prouder of our winning Chicago Sky," Lightfoot said in a statement. "We are thrilled to throw a celebration worthy of this historic moment in Chicago sports and congratulate the Sky for bringing our city its first WNBA title. Let's get ready to paint the town #SkyTown!"

According to the newly-released details, the parade will begin at 11 a.m. Tuesday as the team departs from the arena will arrive at the Jay Pritzker Pavilion in Millennium Park the rally at noon.

According to the city, the parade will travel north on Michigan Avenue from Roosevelt Road to Randolph Street, then head east to the pavilion. Street closures are expected along the route.

"Fans are encouraged to cheer on the Sky along the parade route," the city said in a release.

The rally at Millennium Park will be free and open to the public.

Anyone who attends will need to pass a security screening at select entrances off Michigan Avenue and Monroe Street.

"While attendees are not required to be vaccinated to attend, it is highly encouraged," the city said. "Please do not attend if you do not feel well or recently tested positive for COVID-19."

Rolling street closures are expected to begin after 10 a.m. on Indiana from 21st to Cermak and Michigan Avenue from Roosevelt Road to Randolph Street, according to the city. As soon as the motorcade passes, streets will begin to reopen.

Randolph Street between Michigan Avenue and Upper Columbus will also be closed for a short time once the Chicago Sky buses arrive at Millennium Park.

Additional intermittent street closures can be expected in the area for a short time as needed. Motorists in the central business district should be prepared for increased traffic and possible reroutes.

How to Watch Live

Not able to make it to Tuesday's celebration? Not a problem.

Whether you're at work, on the go or at home, NBC 5 will provide live coverage of the parade and rally on-air and on the NBC Chicago app.

NBC 5 will offer a livestream with complete coverage beginning at around 11 a.m., when the parade's set to kick off.

Stream it all live here.

How to Get There

City officials are encouraging fans to use public transportation to get to and from the parade route and rally.

In addition, CTA buses will be detoured in the downtown area during the parade and as a result of street closures for the rally.

The forecast high for Tuesday is 71 degrees, but NBC 5 Storm Team Meteorologist Alicia Roman said the high at the time of the parade will likely sit around 65 degrees. Fans can expect mostly sunny skies. 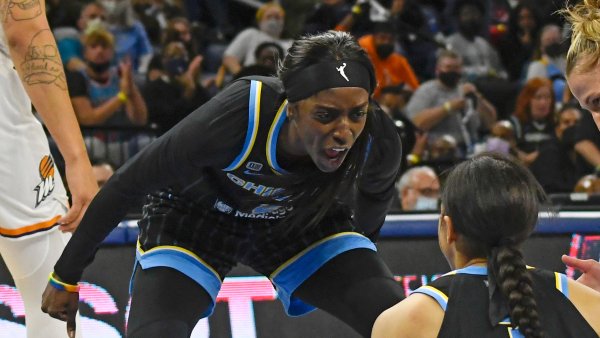