What is Artistic Swimming? Why the Sport's Name Changed From Synchronized Swimming

For Olympic viewers hoping to catch synchronized swimming in Tokyo, they may have a hard time finding it.

Long known as synchronized swimming, the sport rebranded itself after the 2016 Rio Olympics. Most swimmers were opposed to the change, but world governing body FINA said the new name would better illustrate what the sport is about and hopefully lead to greater popularity.

In 2020, the organization formerly known as USA Synchronized Swimming voted to also change its name to USA Artistic Swimming.

USA Artistic Swimming CEO Adam Andrasko said this change was part of a new era for the sport.

“As a world leader in the sport we recognized the need to align with the changes FINA made, and we are proud to support the great work that is being done by them to move our sport forward,” Andrasko said in a statement. “However, that is not the only reason for the change. The name change offers us an opportunity to showcase how the sport has evolved. Gone are the days of water ballet. This is where true athleticism and artistry meet. We look forward to showing you how exciting artistic swimming is.” 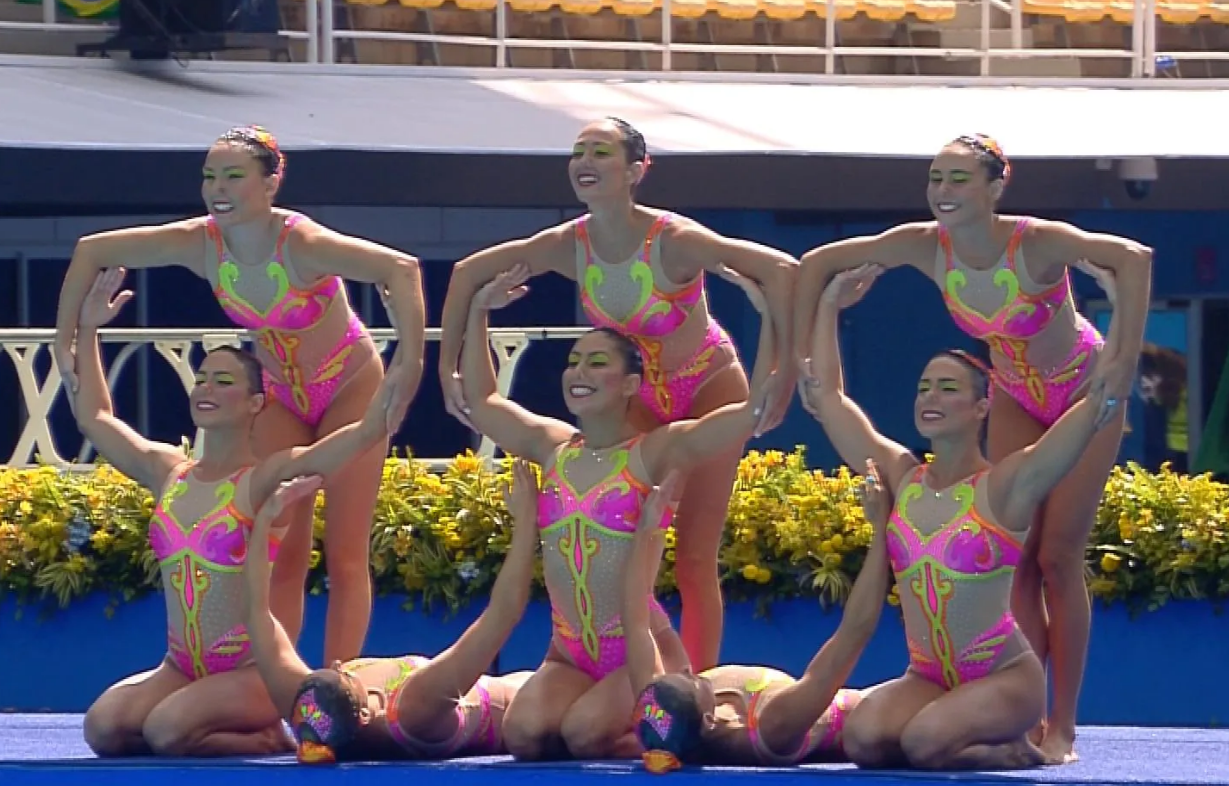 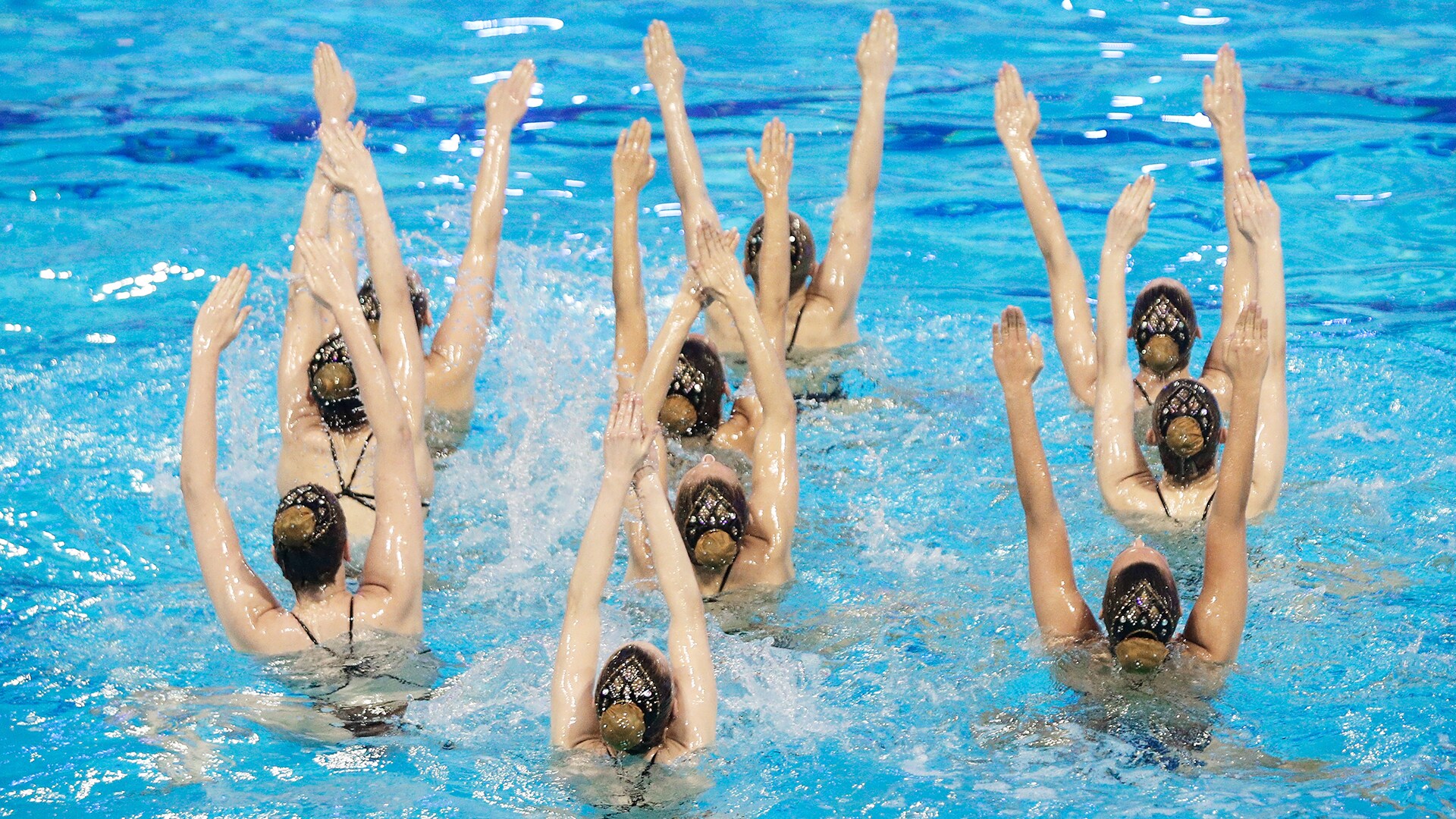 How to Watch Artistic Swimming at the Tokyo Olympics

Long misunderstood and maligned as a frothy performative spectacle, the sport once known as synchronized swimming has rapidly evolved into one of the most physically grueling specialties at the Olympics, with athletes training up to 10 hours a day.

So what does it take? The strength and power of weightlifters, the speed and lung capacity of distance swimmers, the flexibility and skill of gymnasts and the ability to perform in perfect sync with the music and each other. All while making it look easy — and without ever touching the bottom of the pool.

“Imagine sprinting all-out, while underwater, chlorine in your eyes, holding your breath and trying to be in line with seven of your other colleagues,” says Kim Davis, president of Artistic Swimming Australia.

Unlike other swimming events at the Olympics, goggles are banned in synchro. And because artistic swimmers are also critiqued on presentation and maintaining eye contact with the judges (which is why they wear heavy eye makeup highlighting their expressions) they can’t surface from the water squinting and rubbing their eyes.

An increasing focus in recent years on making the routines more difficult in a bid to score higher points has made the moves faster and the lifts higher, and has shrunk the distance between swimmers from a few feet to a few inches.

The intensity of the routines and the long stretches that swimmers must hold their breath for has resulted in some athletes passing out during performances.

Though the sport focuses less on breath-holding skills than it once did, swimmers still spend a significant chunk of their performances below the surface. The Australian team, for example, is underwater for a total of 2 minutes and 20 seconds of their 4-minute routine, Thompson says.

In June, U.S. artistic swimmer Anita Alvarez briefly lost consciousness at the end of her duet routine during the Olympic qualifier in Barcelona.

After spotting the 24-year-old slipping beneath the surface, coach Andrea Fuentes yanked her mask down and dove, fully clothed, into the pool to rescue her.

Alvarez, who has undergone a battery of medical tests since then, says she still doesn’t know exactly why she fainted that day. But she suspects it was a mixture of physical and emotional exhaustion, plus the specific movements at the end of the routine.

The sport began its Olympic competition this week with the first medals expected on Aug. 4 in Tokyo.

The American duo of Alvarez and Lindi Schroeder ended Monday's competition tied for 13th with 86.5333.

The 22 teams will compete Tuesday in the technical routine preliminaries. The pairs with the top 12 combined scores advance to Wednesday’s final.