Big Olympic Showdown, Pivotal Matchups: What You May Have Missed in Tokyo

One of the biggest showdowns of the Tokyo Games took center stage in this round of competition.

Plus, an undefeated U.S. women's basketball team and the U.S. women's volleyball team both faced pivotal matchups in their quests for gold.

Here are five things you may have missed at the Tokyo Olympics Tuesday night and Wednesday morning:

It was a race of the American superstars.

Dalilah Muhammad topped the world record time in the women's 400m hurdles final on Tuesday night, but it wasn't enough for her to repeat as Olympic champion.

Sydney McLaughlin beat her own world record to win the highly anticipated race and secure her first Olympic medal. McLaughlin took nearly half of a second off her previous world record (51.90 seconds) by finishing in 51.46.

For a team that has won six straight gold medals and more than 50 consecutive games, playing from behind is unfamiliar and unexpected territory.

Yet, after the first quarter in all three games during pool play, the mighty U.S. women's basketball team found itself in that very territory: trailing.

That changed on Wednesday as the U.S. jumped out to an early lead en route to a 79-55 rout of Australia in its quarterfinal matchup at the Tokyo Olympics. The fast start helped secure a spot in the Final Four as Team USA extended its winning streak to 53 games and put itself within two victories of a seventh straight gold medal.

The U.S. advances to the semifinals to face Serbia, which defeated China 77-70 in the quarterfinals, on Thursday at 11:40 p.m. CT.

Bartlett's Zach Ziemek began his quest for an Olympic medal in Tokyo in the men's decathlon event after falling short of a medal during the 2016 Rio Games.

He started with competition in the heats for the 100m, long jump, shot put, high jump and 400m.

The Illinois native finished in fourth in his heat with a personal best in the 100m. He went on to place ninth in his long jump group, score another personal best with a fifth-place finish in shot put, tie for second in the high jump and second in his heat for the 400m with a season-best finish. He ended the day's competition just out of the top five spots in terms of points, but there are still several events to go.

Ziemek, who has a degree in nautical engineering, is a four-time NCAA All-American and became the NCAA Champion in 2016.

The first round of the women’s golf tournament is in the books and Sweden’s Madelene Sagstrom is on top of the leaderboard by one stroke, while Team USA’s Nelly Korda and India’s Aditi Ashok are tied for second.

Korda entered the Olympic tournament as the world's top-ranked golfer and finished four under par and one stroke behind Sagstrom.

Viewers can stream Round 2 of the tournament on Aug. 4 at 5:30 p.m. CT. Click here for more information on scheduling.

US Women's Volleyball Advances to Semifinals With Win Over Dominican Republic

Despite being without setter Jordyn Poulter and opposite hitter Jordan Thompson, the United States women’s volleyball team handled the Domincan Republic with relative ease, winning 3-0 in the quarterfinal matchup.

The U.S. team now will play in the semifinals, where they can punch their ticket to the gold medal game. It's the United States' fourth straight Olympic semifinal appearance.

The U.S. will face the winner of Serbia and Italy in the semifinals. The United States came from down 2-1 to defeat Italy 3-2 in the last match of group play.

Japan's Sakura Yosozumi won the first ever Olympic gold medal in women's park skateboarding on Wednesday in Tokyo. Yosozumi, 19, was the oldest medal-winner by more than six years. Japanese teammate Cocona Hiraki, 12, took silver with a 59.04; she scored a 58.05 on her first run, 59.04 on her second, and 5.70 on her third.

World No. 1 Misugu Okamoto, 15, qualified first out of prelims but missed the podium in the final, finishing fourth. Her highest run score was a 53.58.

American Bryce Wettstein advanced to the final but teammates Brighton Zeuner and Jordyn Barratt missed out, finishing in 11th and 12th in prelims, respectively. Wettstein finished sixth with a 44.50 on her first run. 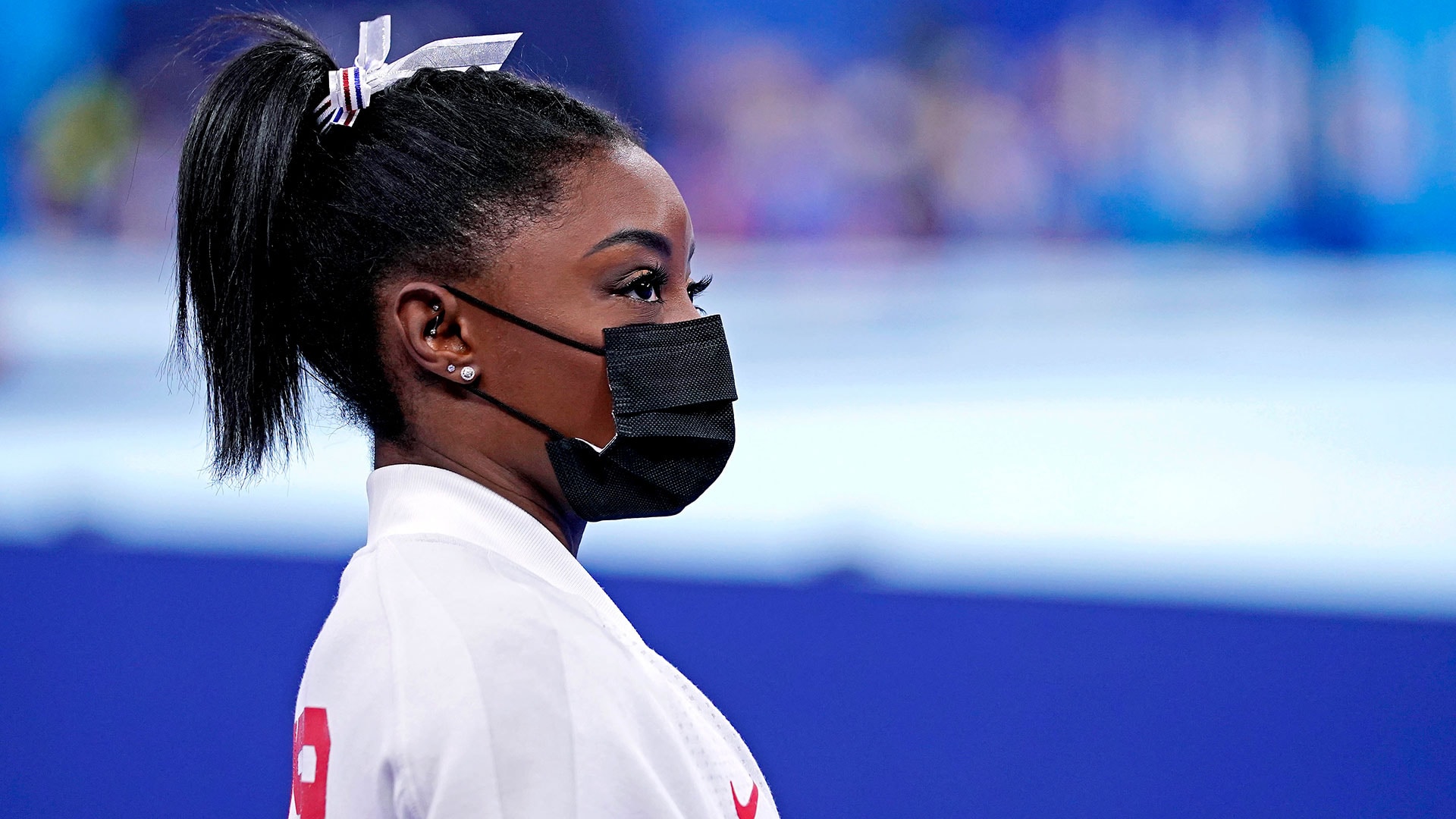 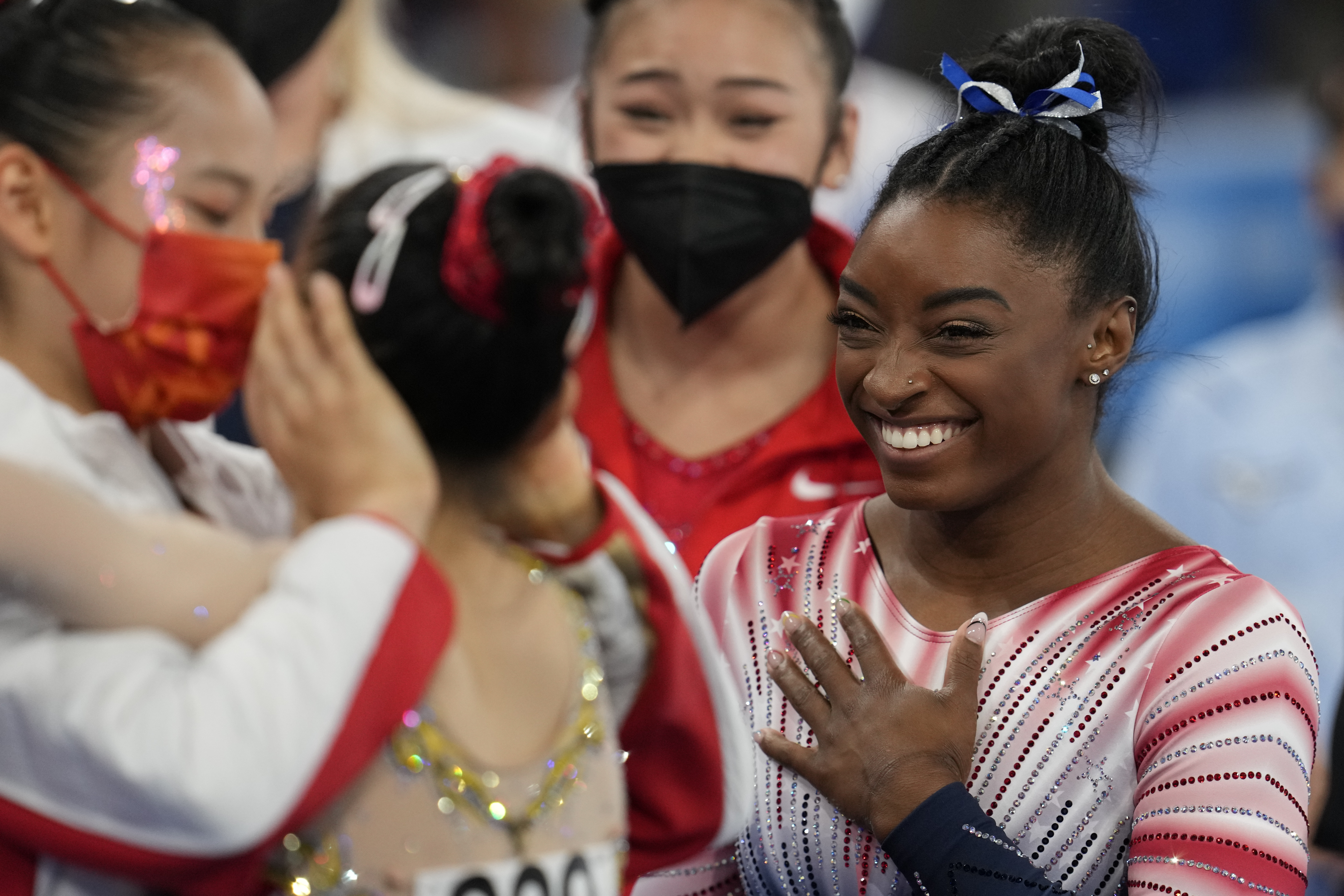 What's Next for Simone Biles? Gymnast Answers Questions on Future After Tokyo Games