Tiger Woods removed his cap a few strides from Swilcan Bridge, knowing Friday might be the last time he crossed over in a British Open at St Andrews.

This is where the legends pause, pose and wave goodbye.

“Stop! Stop!" a few photographers cried out as they positioned themselves for another historic moment at the home of golf.

Woods kept right on walking, even as tears began to form in his eyes.

He said this wouldn't be his last British Open. Woods just doesn't know if his 46-year-old body, battered by multiple surgeries on both legs and his back, would be fit enough to compete when it returns to the home of golf. Woods mentioned 2030. The R&A hasn't announced the rotation that far out.

Still, the moment was not lost on him.

Woods saluted the thousands of fans in the grandstands on the left, and thousands more who watched from hotel balconies and rooftops on the perimeter of the Old Course, some peering through windows, others without a ticket hanging from the top of the fence on the road down the right side of the 18th fairway. 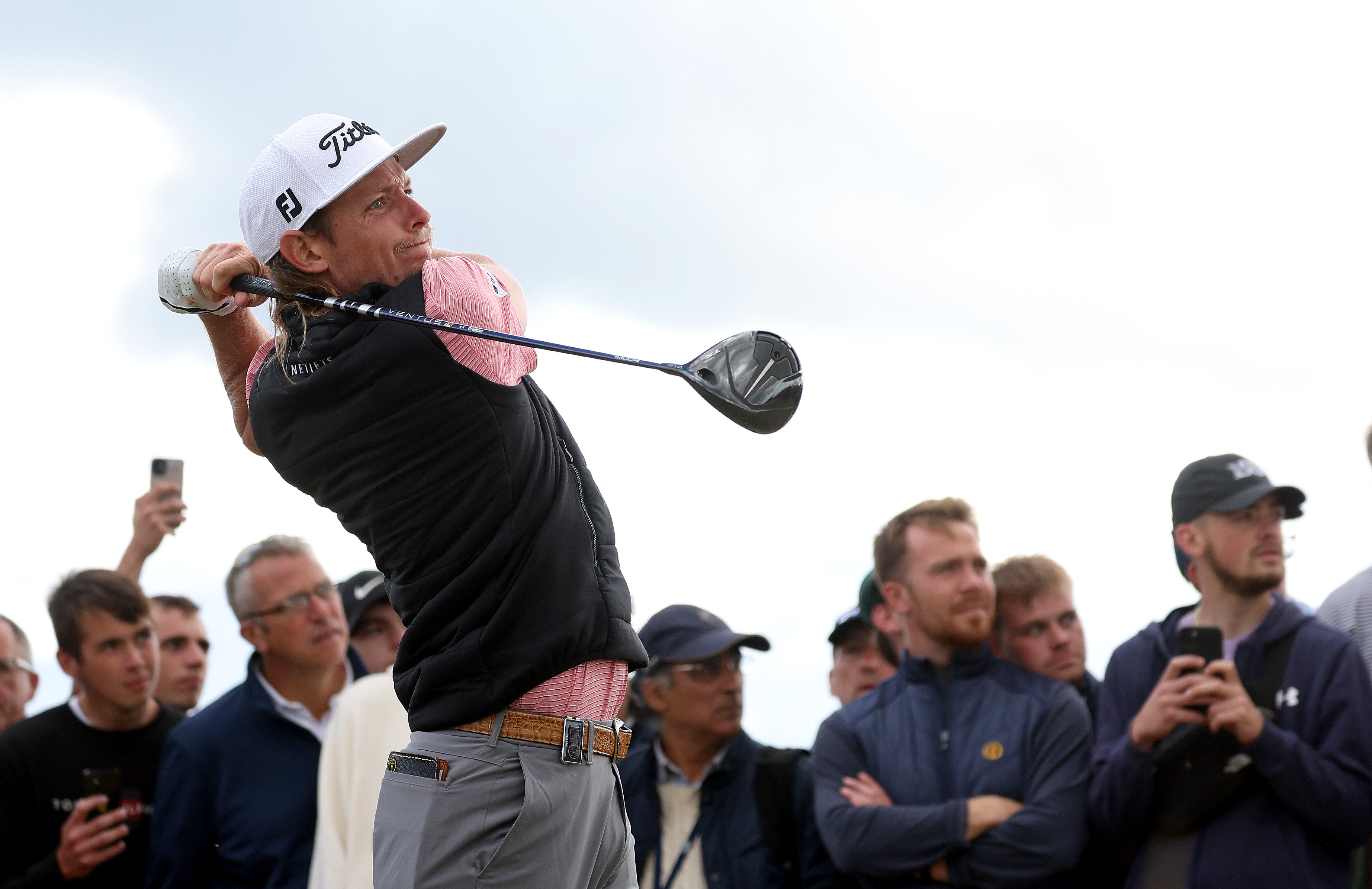 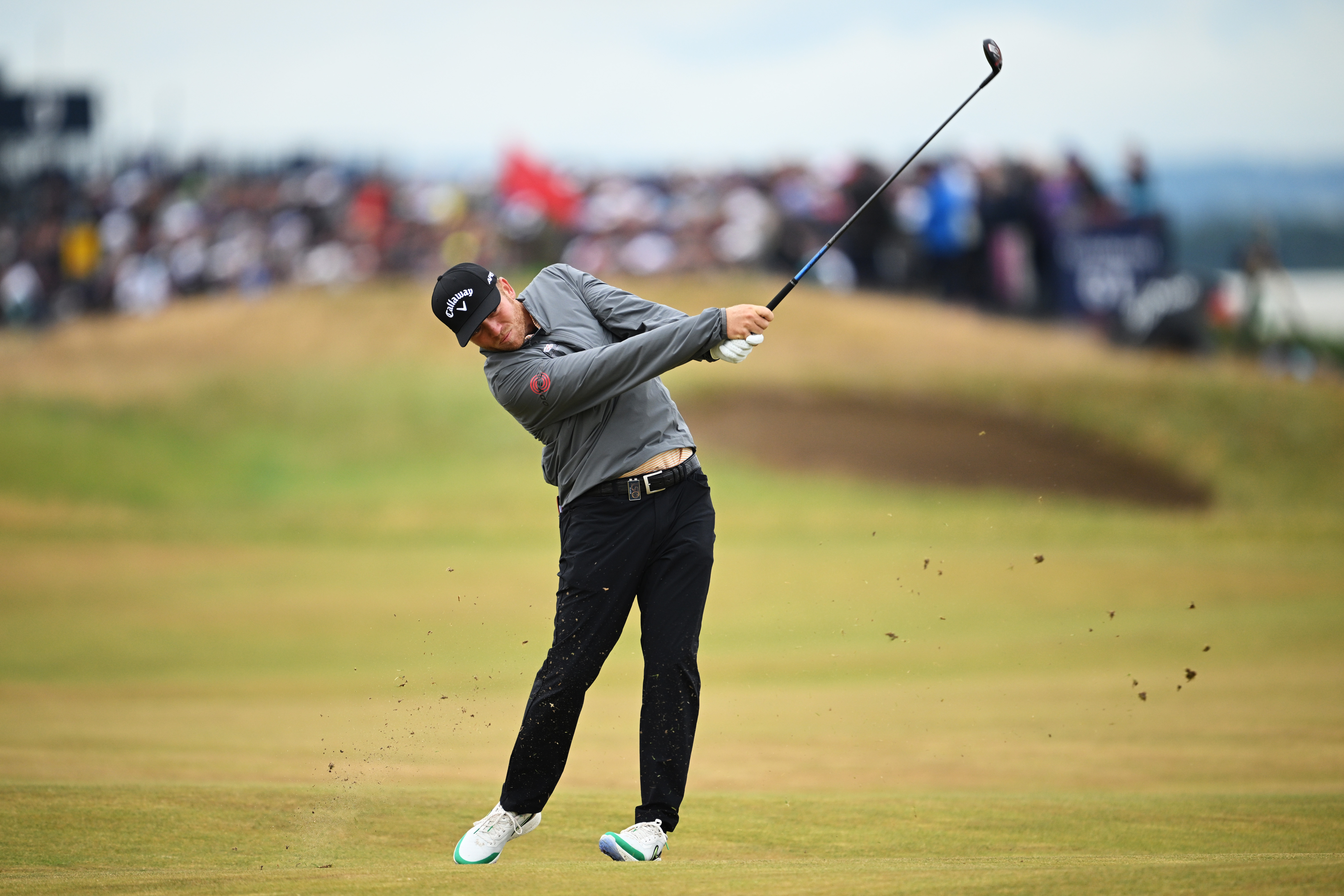 Rory McIlroy looked over at him from the first fairway — he was starting his second round as Woods was finishing a 75 to miss the cut — and tipped his cap. Justin Thomas was on the first tee and nodded to Woods.

“As I got closer to the green, the ovation got louder,” Wood said. “You could feel the warmth and you could feel the people from both sides. Felt like the whole tournament was right there.”

It may as well have been.

This is where Woods won his first Open in 2000 to become the youngest player to complete the career Grand Slam. He won another Claret Jug at St Andrews in 2005, the year Jack Nicklaus finished his major championship career.

No one has ever won an Open at St Andrews three times, and Woods wasn't about to change that. The only thing ceremonial for him was his golf — a 78 in the first round, only one birdie in the second round despite the most benign conditions of the week.

No matter. The Old Course, which had been relatively quiet all morning, came to life the closer he made his way to the finish.

“I put my heart and soul into this event over the years,” he said. “And I think the people have appreciated my play.”

Woods gave them little to celebrate on what might be his final round at St Andrews. He only had four reasonable birdie chances. His flop shot over a pot bunker guarding the front pin on the 16th hit the top and rolled back into the sand, leading to his third double bogey of the week.

By then, it didn't matter. The people just wanted to see him.

After he ripped his drive over the Old Course Hotel sign and into the 17th fairway, hotel guests and spectators lined up against the wall in front of the hotel and the Jigger Inn. The grandstand was full behind the 17th, and people stood six deep in the space behind the road and the stands.

It was similar to when Nicklaus played for the last time in 2005. He was 65 and had announced months out it would be his last Open, his 166th and final major. Everyone knew it was coming.

Not even Woods knows his future, only that he was thankful — and lucky — to be playing an Open on the Old Course just 17 months after he crashed his car in Los Angeles and sustained so many broken bones that doctors contemplated amputation on his right leg.

He headed to the 18th tee, the home hole. All he said he could think about was whether to hit 3-wood or 5-wood. But as he walked off the tee and got closer to the bridge, he realized his caddie, Joe LaCava, was lagging behind. So were Matt Fitzpatrick and Max Homa, who rode shotgun for an emotional day involving the best player of their lifetimes in golf.

“It was amazing. It gave me goosebumps,” said Fitzpatrick, who won his first major last month in the U.S. Open. "Just looking around, seeing everyone stood up, and giving him a standing ovation coming down 18. It was incredible. It’s something that will live with me forever.

“It’s thoroughly deserved, and I think towards the end of it, you could see he was a little bit emotional as well. Yeah, it was a big deal.”

Not even Woods could deny that. He just wished he could have written a better ending. He chipped with a mid-iron to about 4 feet for one last chance at birdie, a fitting farewell. Thomas, Shane Lowry and Viktor Hovland were at their second shots to the first hole. They all turned to watch Woods finish out.

He missed the putt.

All that mattered to Woods was an ovation he won't forget.

“It's very emotional for me,” he said. “To me it felt like this might have been my last British Open here at St Andrews. And the fans, the ovation and the warmth, it was an unbelievable feeling, I understand what Jack and Arnold (Palmer) had gone through in the past. I was kind of feeling that way there at the end.”