The Hawks drop to 1-0-1 on the preseason, will head to Washington tomorrow

The Chicago Blackhawks gave it a valiant effort on Thursday night, but they couldn't quite finish off the Pittsburgh Penguins, losing a 4-3 decision in a shootout in preseason action.

More important than wins and losses, however, were the performances of several Blackhawks, and that's why Madhouse Enforcer is here with your Three Stars of the Game: 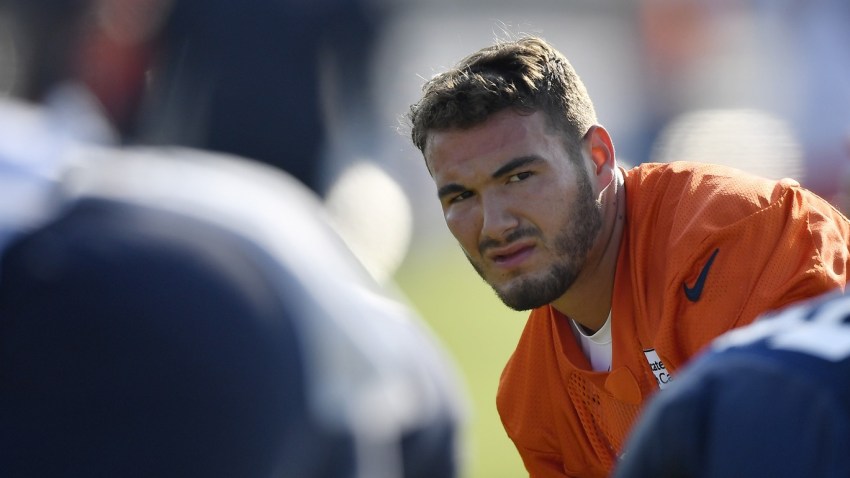 Michael Lombardi: ‘Bears Have Too Much to Lose in Starting Foles'

There is a strong case to put Patrick Sharp in this spot, but even though Khabibulin did surrender three goals, as well as the lone tally in the shootout that cost the Hawks the win, his performance was worthy of note in this contest.

His rebound control was admittedly shaky at the start, but there were several points during the game that he saved the team's bacon. In fact, Khabibulin stopped three different Penguins' breakaways, including an excellent pokecheck in the first period that took the puck away from
Matt D'Agostini.

Overall, it was Khabibulin finally settling down and shutting down quality Pittsburgh chances that kept the Hawks in this game, and it showed that despite the early trouble, he didn't get discouraged. It's just preseason, but that's what you want to see out of your back-up goaltender.

He may be fighting just to get a spot on the Hawks' roster, but Brookbank's performance looked more like a guy fighting for a starting slot.

That's because Brookbank picked up an assist on Brandon Bollig's game-tying tally in the third period, had four shots on goal of his own, got into a fight with Robert Bortuzzo after he drilled Patrick Kane with a hit behind the Pittsburgh net, and also picked up three hits in 18:37.

While his defensive performances have never really endeared him to Hawks fans, Brookbank's steadiness in this game was a welcome sign after the inconsistency that plagued him throughout the 2013 campaign. He will not be anything more than a reserve defenseman used to spell Michal Rozsival even if he does end up making the roster, but if Thursday is any indication, then Brookbank isn't ready to go anywhere.

Speaking of guys who aren't ready to go anywhere, Smith has been emphatically making his case to remain on the Hawks' roster with his play in their first two preseason games, and he excelled on Thursday.

On the Hawks' first goal of the game, it was Smith who won the battle along the boards that got the puck onto Drew LeBlanc's stick, who then passed it to Patrick Sharp for the wrist shot goal. It was great to see Smith willing to go out to the boards and win puck possession, and the fact he was able to direct the puck to LeBlanc was even sweeter.

Smith also made several excellent plays in penalty killing work for the Hawks, deploying the same active stick that made Michael Frolik's transition to the role such a smashing success last season. He cleared the puck effectively, attacked puck-carriers along the wings when necessary, and also had good instincts on when to back off and let Marcus Kruger take care of business.

Finally, there was the goal that Smith scored that took his game over the top. On the play, Smith executed a perfect poke check near the Pittsburgh net and flipped a backhand shot past Tomas Vokoun to bring the Hawks back to within a goal with a short-handed tally.

Cumulatively, Smith's play in these first two games has all but assured him a spot on the Hawks' roster, and now it seems as though the only question facing Joel Quenneville is which line to slot the scrappy forward on.