Why the Blackhawks Need to Be Patient With Teravainen

Quenneville says the team wants to give the prospect a look, but is he right to do so?

The Chicago Blackhawks are fighting tooth and nail with the Colorado Avalanche and St. Louis Blues for playoff positioning in the Central Division, and head coach Joel Quenneville on Tuesday may have tipped their hand when it comes to the home stretch of the season.

That’s because he told a Chicago radio station that the team is going to give hotshot prospect Teuvo Teravainen a chance to show his stuff later this year:

"When their season's over, he's going to come down, come back here. Our people believe that he can help us, so we look forward to getting that opportunity...We look forward to having a chance, and at what point, that remains to be seen." 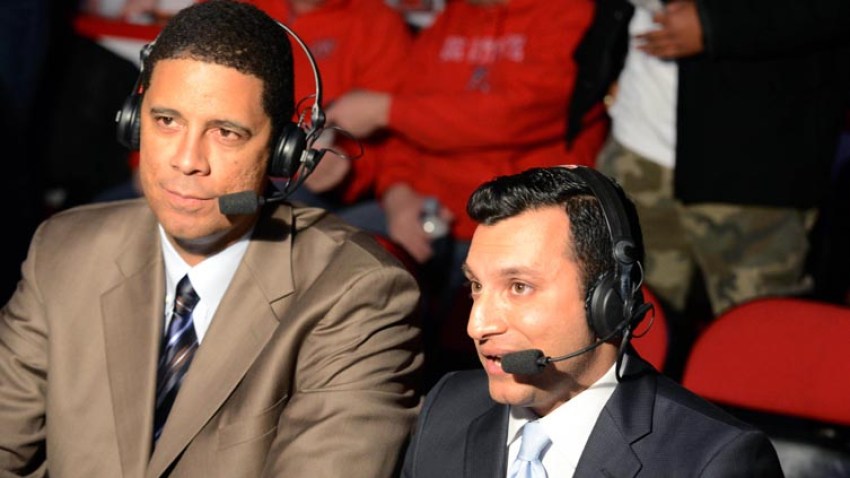 Under Center Podcast: Adam Amin on Announcing for Chicago

Under Center Podcast: Adam Amin on Announcing for Chicago

There is a school of thought that throwing a player into a game and seeing if he can swim is a smart move that can only work to a team’s benefit if that player succeeds, but in Teravainen’s case, it almost feels like such a tactic could only serve to backfire. He has already played an entire season with Jokerit over in Finland, and he also participated in the World Junior Championships in December. He has plenty of hockey under his belt already, so it isn’t like he’s going to provide some huge shot in the arm for the team, so why rush him over here?

In addition to the fatigue factor, there are also potential salary cap issues. If Teravainen comes over and he ends up playing well for the Hawks, the temptation might be there to burn the first year of his entry-level contract with the team, which he would do if he played in 10 or more games with the Hawks. There is also the possibility that the team could run into a bit of salary cap trouble if they bring Teravainen over, since they don't have much wiggle room as they carry 23 roster players.

There are two alternatives to bringing Teravainen to the NHL that the Blackhawks should definitely explore. The first and most preferable would be to just let him ride out the year in Finland with Jokerit, and then to let him play in the World Championships in April. That way the youngster could get some rest, and then could represent his country in one of the biggest tournaments in the world, and have the benefit of getting some good ice time in against some great players.

The other alternative would be to have Teravainen come over to the AHL and play with the Rockford IceHogs. No, it isn’t the same as the NHL in terms of speed or skill level, but it would be a nice stepping stone toward the big leagues for Teravainen, and the fact that he could help the IceHogs’ playoff push would be a nice bonus as he gets acclimated to the North American game from the comfort of the AHL.

What will ultimately end up happening with Teravainen is that he will probably pull a LeBlanc and play a game with the Hawks, then be relegated to “black ace” duty (teams are allowed to carry as many reserves as they want during the playoffs, because the salary cap no longer applies) once the playoffs begin. Having him play in a game or two just because Quenneville wants a look doesn't seem like a necessary move, and the Blackhawks should strongly resist the urge to toss Teravainen into the mix, even if it’s just for a game or two.

*This post contains corrections on how Entry Level Contracts work.