Several MLB Players Opting Out of 2020 Season Over Coronavirus Concerns

As the sport lurches toward a late July start during the coronavirus crisis, roster flexibility and organizational depth will be key

A small group of players, including Nationals slugger Ryan Zimmerman and Rockies outfielder Ian Desmond, have announced they plan to sit out this season. The Minnesota Twins have shuffled their on-field staff to protect the health of some of their older coaches.

As the sport lurches toward a late July start during the coronavirus crisis, roster flexibility and organizational depth will be key.

Zimmerman, who told The Associated Press last week he still was deciding whether to play this year, ultimately said having three young children, including a newborn, and a mother at higher risk because of multiple sclerosis factored into his decision.

“Given the unusual nature of the season, this is the best decision for me and my family,” Zimmerman said.

The 35-year-old Zimmerman, who has been with the Nationals since 2005, said he still is deciding on his future beyond this season. The two-time All-Star and 2009 Gold Glove winner has 270 career homers.

Desmond cited his family as one reason why he decided to stay home for the upcoming 60-game season. But the biracial slugger also mentioned a myriad of issues within baseball, including racism, sexism, homophobia and socioeconomic concerns.

“With a pregnant wife and four young children who have lots of questions about what's going on in the world, home is where I need to be right now,” the 34-year-old Desmond wrote in an Instagram post. “Home for my wife, Chelsey. Home to help. Home to guide. Home to answer my older three boys' questions about Coronavirus and Civil Rights and life. Home to be their Dad.”

Major League Baseball is working on a plan to salvage the 2020 season which has been postponed due to the coronavirus pandemic.

The Twins confirmed Monday that 68-year-old bullpen coach Bob McClure and 66-year-old major league coach Bill Evers won't be in the clubhouse at the start of this season because of health concerns. Both will stay with the organization to help in altered roles.

Twins manager Rocco Baldelli, who was sitting in a Target Field dugout during a Zoom call, said he's known both coaches for a long time and that the decisions were difficult. He added that both coaches were disappointed.

“I think we all know that we're making the right decision, but that doesn't mean it feels good," Baldelli said. “It's very, very challenging to even think about these sorts of things and have these conversations.”

But they're exactly the conversations that are being had at both the organizational and personal level across the MLB landscape. The defending World Series champion Nationals will begin their title defense without Zimmerman and pitcher Joe Ross, who also declined to play because of health concerns.

“We are 100% supportive of their decision to not play this year,” Nationals GM Mike Rizzo said in a statement. “We will miss their presence in the clubhouse and their contributions on the field.”

Ross, 27, has five seasons of MLB experience. He appeared in 27 games last season. 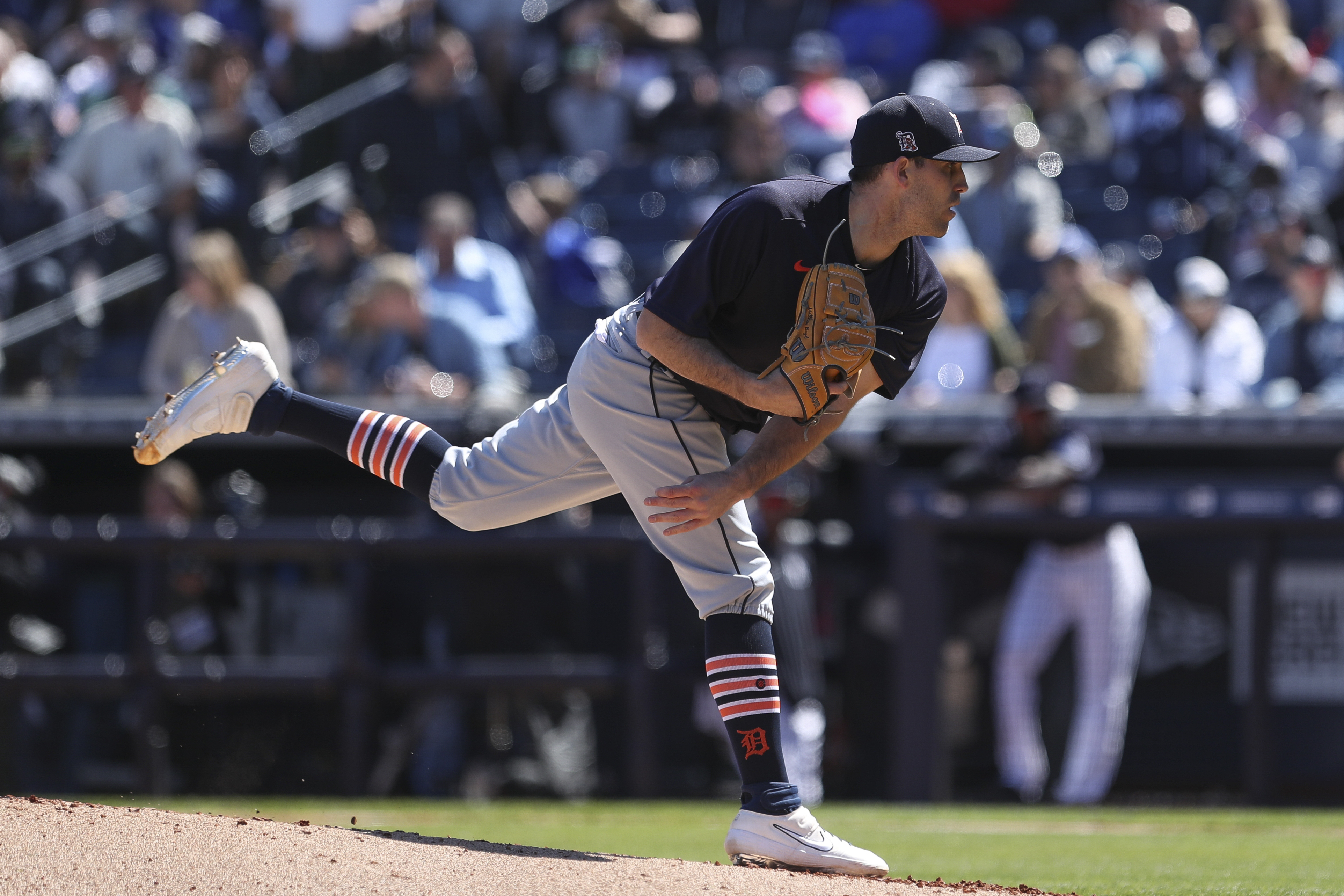 Baseball Scrambles Back Into Action Amid Lingering Concerns 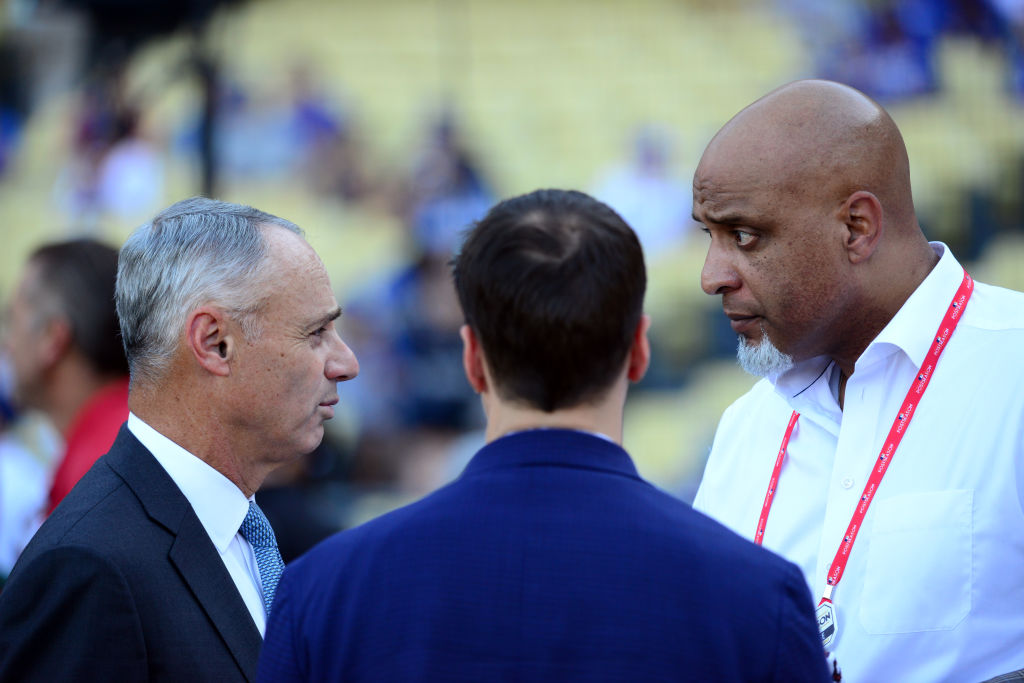 Baseball's Back: Players Reporting to Camps After Reaching Deal With Owners

Zimmerman was due $740,741 and Ross $555,556 as prorated portions of their salaries, originally $2 million for the first baseman and $1.5 million for the pitcher. If they are deemed high risk by team physicians, they would still get paid and receive service time.

Arizona's pitching depth took a hit when Mike Leake said he had decided not to play this year. Leake was expected to be a part of the team's starting rotation after starting 10 games last season and finishing with a 3-3 record and 4.35 ERA following a midseason trade with Seattle.

Diamondbacks general manager Mike Hazen didn't elaborate on Leake’s decision, but the pitcher’s agent issued a statement saying he made a personal decision not to play during the pandemic. The GM also didn't say whether Leake falls under the high-risk category. If Leake does, he would be due $5,555,556 as the prorated share of his $15 million salary.

The fragility of baseball's current health situation has been apparent for the past few weeks. The Philadelphia Phillies had a coronavirus outbreak at their spring training facility in Clearwater, Florida, earlier this month. Seven players and five staff members tested positive in the organization.

Phillies GM Matt Klentak said the team was “fortunate that none of the cases, player or staff, have been especially serious.” He said no one has been hospitalized.

But the outbreak is another example of how difficult it is to limit exposure.

“What is eye opening to a lot of us is how quickly it spread even in an environment where we were on the extreme end of caution,” Klentak said. “The facility in Clearwater was pretty airtight in terms of staggering times of players reporting to work out, cleaning the facilities in between. Truthfully, it was frustrating to some players how strict it was and yet the outbreak still happened.”

San Francisco minor league center fielder Hunter Bishop has tested positive for the coronavirus and has mild symptoms, according to president of baseball operations Farhan Zaidi. The 10th overall pick last year would have been among 51 players reporting to training this week.

Boston Red Sox manager Ron Roenicke, 63, said his organization is doing as much as it can to keep everyone — especially older staff members — as safe as possible. Terry Francona, Cleveland's 61-year-old manager, said he's not nervous, even though he's had previous health issues.

“I know I’m probably one of the higher-risk guys because of my age and some of the things that have gone on,” he said. “But the trainers and the doctors have been terrific. I would rather manage and be around the guys and be around the game than not.

Mets GM Brodie Van Wagenen said some of his team's coaching staff and player-development staff fall into the high-risk category.

“We don’t have full clarity on if all of our coaches will be here, but we anticipate having that clarity here by the time we open up on Friday,” he said.

Van Wagenen said the club anticipates all its players will report to training camp, which begins Friday at Citi Field. Long-absent slugger Yoenis Céspedes might finally be healthy enough to play on opening day, especially with the designated hitter now available in the National League.

There's little doubt the upcoming season will be unlike any other — if it can be played. Angels manager Joe Maddon, who is 66, said it’s up to individual players and coaches to accept and embrace the safety protocols.

“If you want to come in expecting the norms that we’re normally accustomed to, then you’re going to be frustrated constantly, and you can’t permit that to happen,” Maddon said.