Last year, teams were forced to do everything online until training camps opened in August

NFL players were locked out of team headquarters last offseason because of the coronavirus pandemic.

This year, their union wants them to boycott any in-person OTAs.

Members of the Broncos, Seahawks and Super Bowl champion Buccaneers said Tuesday they'll do just that.

“We find ourselves still in the midst of a pandemic with no comprehensive plan to keep players as safe as possible, yet teams are pressuring players to attend voluntary workouts," that begin next week, tweeted DeMaurice Smith, executive director of the NFL Players Association.

“The union has advised players that given the continued risk of exposure and the goal of a full 2021 NFL season, that they should not attend these voluntary workouts,” Smith added. “It is every player’s decision, but our advice is to continue to use an abundance of caution given the current environment.”

Kyong Lee’s company makes innovative anti-fogging face shields, which he hopes will play a role in the Super Bowl.

Members of the Broncos — who have had 22 players in their building this offseason — and the Seahawks — who had no COVID-19 cases last season — became the first to declare their intention to stay away from the in-person gatherings this spring.

NFL spokesman Brian McCarthy countered that “NFL team facilities are the safest places in our communities thanks to our comprehensive protocols that were developed in conjunction with the NFLPA and public health officials.”

Except for one minicamp, the offseason programs are voluntary, although most players participate in them and many players have contractual incentives to do so.

In a memo sent to all 32 teams Tuesday which was obtained by The Associated Press, Commissioner Roger Goodell said COVID-19 safety protocols will start to be relaxed as players and other team members get vaccinated.

“The prospect of relaxing Covid protocols in the NFL should help encourage players and staff to be vaccinated,” Goodell wrote. 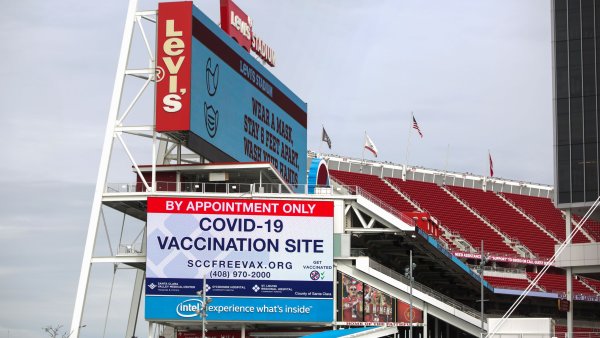 NFL to Require Vaccinations for Employees, With Some Exceptions 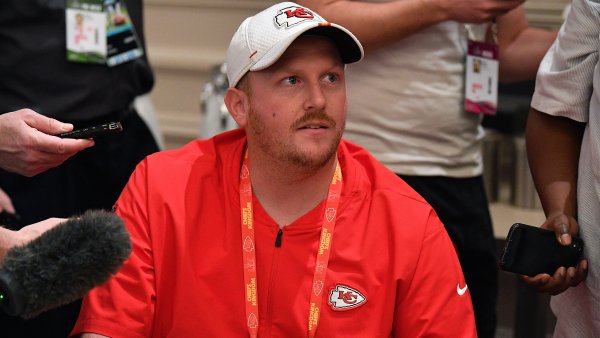 “Our primary focus at all times will remain the health and safety of everyone associated with the NFL,” Goodell said in the memo, adding that “In light of expanded vaccine eligibility, it is appropriate now to take further steps to educate about and promote vaccine availability and acceptance within the NFL.”

He said all clubs should use their stadium or training facility as “a vaccination site for club staff, players and eligible family members” either through a vaccination day or by making shots available “on a convenient and regular basis.”

Goodell added that employees other than players need to get vaccinations “unless they have a bona fide medical or religious ground for not doing so” lest they be prohibited from interacting with players.

Goodell added, “we anticipate relaxing various aspects of the Protocols (such as close contact quarantine, restrictions regarding locker room, meetings and cafeteria use and the testing cadence) for vaccinated individuals.”

Last year, teams were forced to do everything online until training camps opened in August.

NFL Players Association president J.C. Tretter has been advocating for a repeat of last year's offseason, arguing that the adjustments caused by the coronavirus in 2020 showed the arduous offseason programs were unnecessary.

Sunday’s football game between the Pittsburgh Steelers and Tennessee Titans has been postponed due to multiple members of the Titans’ team and personnel tested positive for the coronavirus.

The Cleveland Browns’ center said during Super Bowl week that players across the league “felt both physically better and mentally sharper at the end of the season."

“The amount of hours at the facility were down, the amount of reps were down. And we’ve had this false reality that a ton of reps are necessary (even) as we watch our bodies break down by the end of the year every year,” Tretter said.

“And we just get right back into the offseason and grind our bodies down to jump right back into training camp. It’s a never-ending grind," Tretter said. "We saw that we can do things differently this year. And the level of play didn’t go down. We still had maybe one of the most exciting seasons of all-time heading into an amazing playoffs.”

Players were tested daily, wore tracking devices, were under a mask mandate and for the last half of the season only met virtually outside of practice in 2020.

Although safety protocols remain in place pending mass vaccinations, the Broncos cited inadequate measures for deciding not to participate in in-person workouts this spring.

"COVID-19 remains a serious threat to our families and to our communities and it makes no sense for us as players to put ourselves at risk during this dead period,” the Broncos players said in a statement posted on the union's Twitter account. “Positivity rates in our city are higher than they were at this time last year and we know players have been infected at club facilities in recent weeks.”

If you're not already watching Fan Controlled Football you're missing out. FCF commissioner Ray Austin joins NBCLX to explain why his league is the perfect fit for the digitally-savvy football fan.

A person with knowledge of the data who spoke to The AP on condition of anonymity because of the sensitivity of the situation, said the Broncos have had 22 players work out or get treatment at the team’s facility this offseason. That’s second only to the Cowboys with 25. Overall, some 400 players have been using their teams' facilities this offseason.

The Seahawks players' statement said the union has provided teams with research highlighting the safety and health benefits of last year's virtual offseason.

The Buccaneers said Tuesday night that they were “choosing to take a stand with the other players across the league and exercise our right to not participate in the voluntary offseason program. We had a fully virtual offseason and we held each other accountable to do the work it took to win and we plan to do that again.”

Some players don't mind the old offseason programs, citing the need for teams with young quarterbacks, especially, to get all the time together they can.

“I’ve always been a guy who needs the reps,” Kelce said at the Super Bowl. “I’m out there every day at practice working my tail off. I need all the reps that I can get so that I can be ready for every single look out there on the field. And that includes training camp, that includes OTAs and minicamp."

Kelce said he’s a fan of the NFL's cutting the preseason from four games to three, “but I do believe that training camp, the offseason, the OTAs, getting in this building and working on your craft is something that’s needed.”

A first-person account from Marquise Goodwin and his family on why he’s opting out of the 2020 NFL season in what would’ve been Marquise’s first go around as Wide Receiver for the Philadelphia Eagles.