Yermín Mercedes has done more than just hit his way into baseball's record books in the last few days. 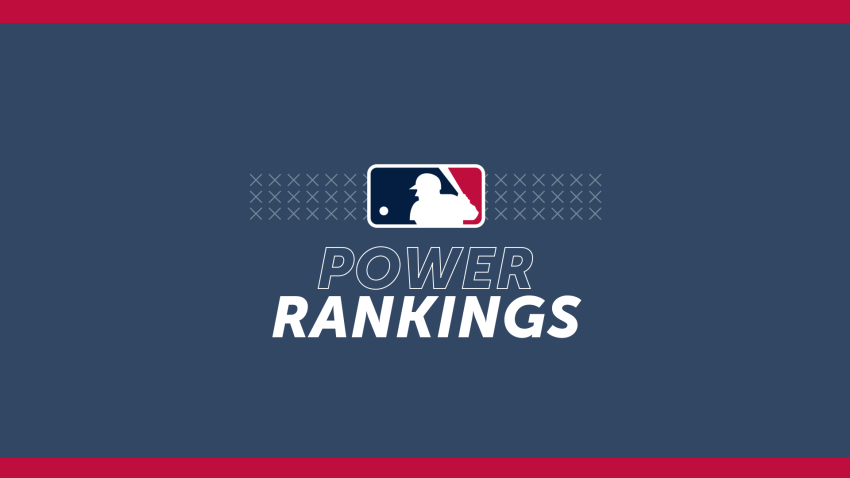 Mercedes, named the American League Player of the Week on Monday, has been a feel-good story to start the White Sox season, especially as the season itself hasn't produced too many good feelings through the first handful of games.

The team's offensive numbers, at least when compared to the rest of the league, aren't as bad as you might think. The White Sox rank in the middle of the pack in batting average, on-base percentage and slugging percentage. They did score a dozen runs in Friday night's win in Anaheim.

RELATED: TA on hamstring injury: 'I'm ready to go, but my leg ain't'

But that win is the team's lone victory four games into the regular season schedule. And the way things played out Sunday — 0-for-11 with men in scoring position, hitless entirely with runners on base and without an RBI despite four runs on the scoreboard — it makes sense why folks would be wondering what's ailing the White Sox offense.

That's where Mercedes has been helpful. With nine hits across the three games he played entering Monday night's series-opener in Seattle — he was back in the starting lineup for that one, too — he's provided some brief stability and sparked thoughts about the long-term future of the DH position over the course of the 2021 season.

"Unbelievable start, man. And he definitely deserves to continue to watch himself on TV," White Sox shortstop Tim Anderson said Monday. "Right now, he's coming through for us, so definitely want him in that lineup. ... I enjoy watching him and enjoy having him on the team. So hopefully he can continue to keep it going and keep pushing and keep being that key for us right now at this moment. Because things are kind of rocky a little bit, but we're going to find it."

The everyday DH role was originally supposed to go to Andrew Vaughn, the rookie who impressed with a strong spring. But when Eloy Jiménez's ruptured pectoral tendon blasted a gaping hole in the middle of the batting order, plans changed. Vaughn suddenly found himself a sizable part of how the White Sox planned to make up for Jiménez's absence in left field. Not only, though, do the White Sox need to just cover a defensive position with Jiménez on the shelf for months, they need to find some way to make up for his absence in the lineup.

It's only been three games, but Mercedes might end up a bigger part of that answer than anyone could have guessed two weeks ago.

"We need the lift, and he's given it to us," Tony La Russa said Monday. "He's such a fun-loving kind of person. His story, having to play in the minor leagues and different leagues, to finally get here and have success, I mean everybody is enjoying it.

"I'm not sure the camera catches all of it, but when he's had that string of hits, the guys go nuts. It's partly because it helps us, but it's fun to see a guy like him enjoy the success that he's worked hard to get."

Mercedes got his fourth consecutive start as the White Sox designated hitter Monday, no surprise considering the hot bat he's swinging. But it's been a noticeable change in strategy by La Russa, who planned, when the season began, to rotate hitters regularly into the open spots — left field and DH — created by Jiménez's injury. There was supposed to be a more by-committee approach to filling those positions on a nightly basis.

But Mercedes has changed that, and that's perfectly welcome because it means someone, at least, has stepped up and is contributing offensively enough to demand more playing time, playing time that La Russa has to give, especially as the White Sox go up against a pair of southpaw starting pitchers to start their series in the Pacific Northwest.

"That's always a positive to me," La Russa said of Mercedes forcing his way into the lineup. "He's very helpful. The one game we won, he was instrumental. He's got two left-handers today and tomorrow. If he throws out another six or seven hits, he gets (to play) Wednesday afternoon."

Since Jiménez got hurt, few likely expected a significant offensive solution to materialize this quickly. The White Sox trumpeted a "next man up" approach, but Mercedes, until he made the Opening Day roster, was never considered a lock to do so.

It's only been three games, and baseball is littered with examples of guys who got off to red-hot starts, only to fade from view in a hurry. But if Mercedes can keep this, or even just something like it, up for a while longer, the White Sox offense will be in a much better spot than it could have been while scrambling to make up for Jiménez's absence.

"They believe in me."