It's October. The Chicago White Sox are playing one of the most important games in franchise history. And because it's playoff baseball in the 2020s, no matter how good the starting rotation is — and it's really, really good — Tony La Russa pulls the plug on his starter after four high-stress innings. 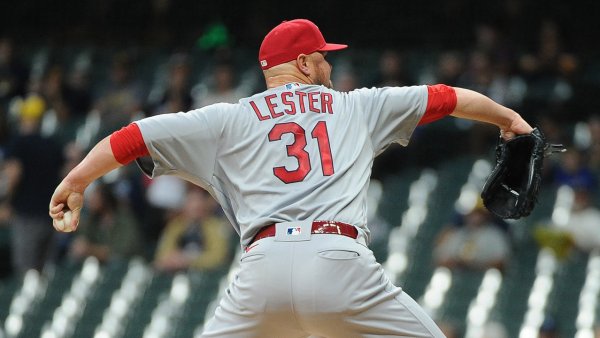 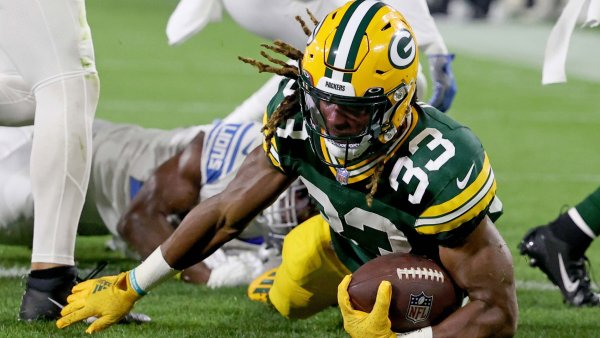 Does he turn to Michael Kopech? Or Ryan Tepera? Or Aaron Bummer? Or Liam Hendriks?

What was a bullpen with only a couple reliable options, only a couple of the immensely talented arms who had found consistent success this season, is suddenly revitalized and suddenly of World Series caliber following the trades with the Crosstown-rival Chicago Cubs for Tepera and Kimbrel this week.

It's a bullpen that screams, "Bring on the postseason."

"You can pretty much run any guy out there in any inning, and you're going to have success," Tepera said Friday. "It's going to be a fun spot to kind of see what our roles are and how it all plays out. But definitely, I feel like we're loaded.

"Playoffs, you're running your bullpen out there multiple innings, and starters are going three, four innings in playoff games now. To have that bullpen be successful, that's how you go on a run in the playoffs."

Kimbrel is obviously the biggest addition to what was the White Sox biggest area of need prior to the trade deadline. The future Hall-of-Fame closer is rocking a microscopic 0.49 ERA after his first two seasons on the North Side were rocky ones.

"He's been unbelievable. It's been fun to watch," Tepera said. "I think he's better than he ever has been, possibly."

Ninth all time in saves in baseball history, with 371 of them, he's a proven late-inning commodity not long removed from a deep postseason run, when he won a World Series ring with the Boston Red Sox in 2018. La Russa was a part of the Red Sox front office that season, getting an up-close look at what Kimbrel could do. Though Kimbrel finished that playoff run with a 5.91 October ERA, he was stellar during the regular season, saving 42 games and posting a 2.74 ERA.

Of course, Kimbrel's acquisition was engineered specifically with the World Series in mind. But he's not alone in that White Sox bullpen, and it'll be interesting to see who, between Kimbrel and Hendriks, the team's $54 million man last winter, gets the bulk of the save opportunities down the stretch. So far, Hendriks has 25 of them for the first-place White Sox. Kimbrel racked up 23 for a Cubs team that just sold off half its roster.

"My conversation with Craig early this afternoon was all about winning championships and playing a role in helping to put us in the strongest position to get him another ring and to get some of the guys down in that clubhouse their first ring," White Sox general manager Rick Hahn said. "Liam, (as was) talked about in the introductory press conference, he’ll get the outs when he’s called upon.

"On any given day, one of them might be unavailable, and we've got the other available. Come October, all bets are off. You get the best guys to get the best outs based on matchups. This gives Tony, (White Sox pitching coach Ethan Katz) and (assistant pitching coach Curt Hasler) the opportunity to match up earlier in a ballgame if they so choose.

"It puts us in a position where we should have a very dynamic and impactful bullpen regardless of what situation arises."

Indeed, the White Sox bullpen will need to be deeper than its two All-Star closers in order to power a World Series run. And now it is.

Before Kimbrel was the White Sox deadline splash, Tepera was a very solid addition in his own right. He's got a career-best 2.91 ERA and grows a back-end group for the South Siders that was thin on consistency past Hendriks and Kopech.

Tepera and Hendriks were teammates during their stays with the Toronto Blue Jays, and now they get to team once more as important pieces as the White Sox chase a championship.

"He wasn't throwing 100 miles an hour back then, so it's a little different," Tepera said of Hendriks, past and present. "You see the fire in his eyes, you see how he competes out there and loves what he does, man. That's all you can ask for.

"I want to be a part of it, too. Getting those outs in the late-inning games are the most important and having that fire and celebrating with your team and passing the torch along to the next guy in the bullpen, that's what it's all about."

That's what the White Sox will try to do now that they're fortified in their late-inning mix.

Bullpens have become so important to any team with designs on winning the whole thing. Managers lean on their relief corps to the maximum come October, and if you're of the belief that pitching wins championships, a large portion of that determination is which team boasts the best bullpen.

The White Sox can now firmly consider themselves a contender for that title, one they hope will help them get the title they want the most.

"Part of these acquisitions," Hahn said, "is to lighten the load a little bit down the stretch run and then put us in the position come October where we have a dynamic group of relievers who are able to be matched up against the toughest hitters and in the most important leverage situations, regardless of where they arrive in the game."

The White Sox have one of the game's finest starting staffs. The returns of their injured middle-of-the-order hitters could shoot their offense to the elite level it was projected to be before the season. Now they have a bullpen to match.

In other words — even though it's only July and no one in the White Sox employ is counting any chickens — bring on the postseason.