Former Cubs star Anthony Rizzo may not have been the classic clubhouse leader in the edgy, vocal way a lot of fans and sports execs often envision the role.

But nobody ever denied the power of Rizzo’s personality in the Cubs’ clubhouse as expectations rose early in his career to epic World Series heights through the 2016 postseason and a few seasons beyond.

And the easy smile that comes with that personality — the nature that can make a quick friend of any teammate; a competitive streak balanced against a child-like spirit and sometimes offbeat sense of humor — have added up to what might be the perfect Yankee during a perfect-storm moment in the Bronx Bombers’ latest window of championship opportunity.

In the barely three months of baseball since the Cubs traded Rizzo to the Yankees last summer, Yankees manager Aaron Boone already has a go-to way to describe the former North Side fan favorite.

“He’s made for the pinstripes, man,” Boone said Thursday, heaping the high praise Thursday just ahead of a 15-run clubbing of the White Sox by what has been the best team in baseball so far this season. 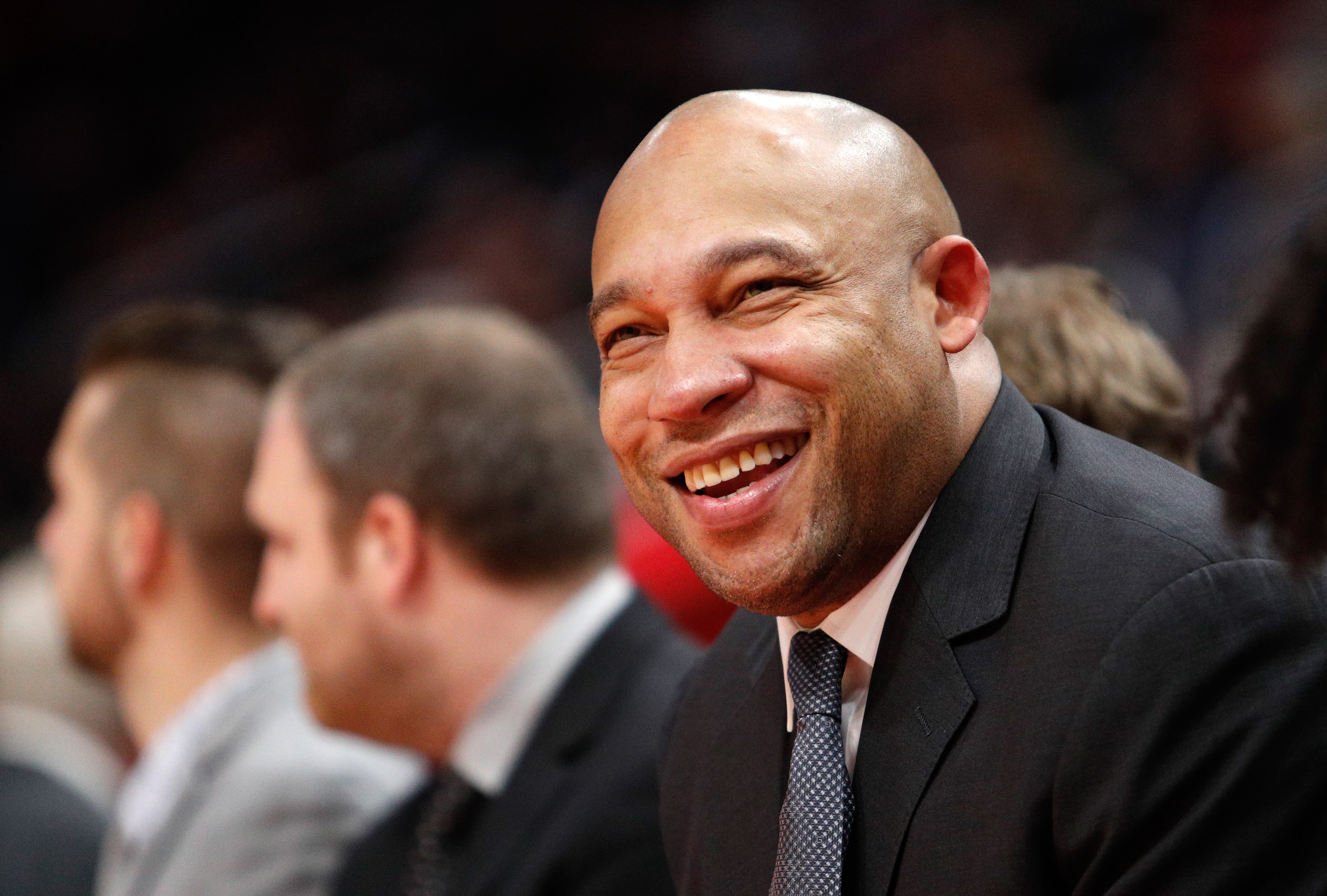 “Sometimes they say those pinstripes can be a heavy burden,” Boone said. “He’s absolutely cut out for it.”

New York general manager Brian Cashman calls Rizzo “a unicorn” for that personality quality that might make him the perfect fit for a New York clubhouse that can become a pressure cooker of media/public scrutiny like few others in the game.

“You want that with every guy you have,” Cashman said. “If you sign up and have a partnership with all 26 men on your roster, you want 26 Rizzos. But they don’t exist. So when someone like him comes along, it’s a little bit of a unicorn, to have the talent and the character and the makeup at the levels he has them — yeah, you want to try to hold on to that if you can.”

Whatever becomes of the Cubs after their decisions to purge the roster of championship-core players over the past 18 months, Rizzo, for one, might have found himself in a better place, with a better fit, than had he stayed.

The Yankees are his dad’s favorite team (along with several other family members from the New York-New Jersey area), and Rizzo said his dad has been a regular at games wearing his Yankees ball cap.

And as the heat of the summer is sure to ratchet up toward the Yankees’ big plans for the fall, Rizzo’s power of personality might be exactly the right elixir to cool the pressure.

“He’s so approachable and so easy to be around; he connects with teammates whether it’s the star veterans on the team or the young guy coming up,” Boone said. “He just has a way about him, of making people feel comfortable.”

Said teammate DJ LeMahieu: “I’ve always respected him from afar. A lot. Getting to know him a little bit playing with him, he’s an awesome teammate, awesome leader, and he’s a great player.”

Also, amazingly, Rizzo is one of only two everyday players on the roster (also Marwin Gonzalez) with a World Series ring.

Cashman, who traded prospects Kevin Alcantara and Alexander Vizcaino for Rizzo last July, kept Rizzo as a front-burner target during MLB’s 99-day lockout, then re-signed him to a two-year, $32 million free agent deal after the lockout.

The talent that includes left-handed pull power for a ballpark with a short right-field porch and the elite glove were first priorities, Cashman said.

“But hearing from afar the type of person he was and the leader he was with the Cubs, and then getting a chance in a short sample of a few months in New York last year to see how he actually connected with our guys and how beloved he was, and how he creates such an amazing positive attitude within our clubhouse culture … If we could find common ground, we wanted to find a way if we could retain him.”

Rizzo entered Friday tied for third in the majors with nine homers, even though he slumped enough during a homer-less May that he got Friday off — the day after tripling during the series-opening win over the Sox.

“Obviously, he’s a great two-way player between the lines,” Boone said. “But he he also really strikes that balance between being really prepared, holding guys accountable, getting after it, being that kind of gamer, but also realizing this game’s a lot of fun to play and making sure that — specifically, through the grind of the season when it can be a challenge — making sure that he’s loose and having fun. And guys really gravitate towards that.”

Sounds like the kind of guy a team like the Cubs could have used. And if he’s all these things the best-in-baseball Yankees think he is, why would the Cubs let him go? Why wouldn't they at least try to sign him back over the winter  (they made no offer)?

“I don’t know,” Boone said. “They’re at a different stage or point … so I can’t really speak to that.