He's not this team's leader. Or its captain. 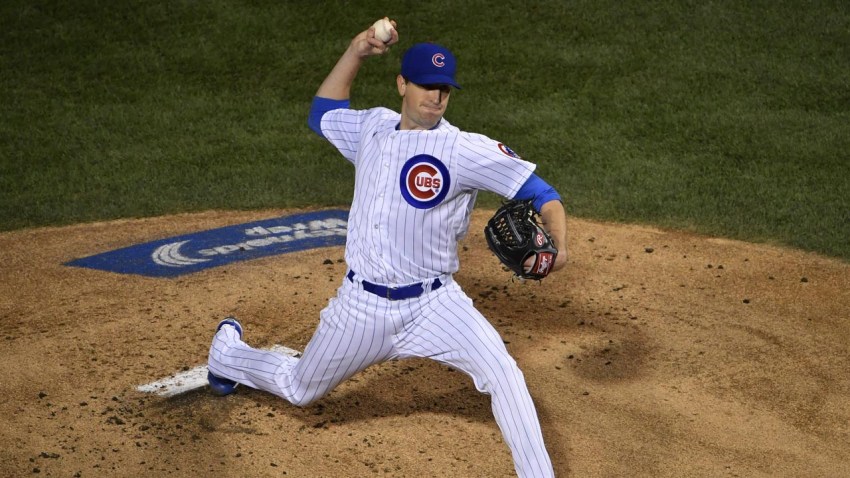 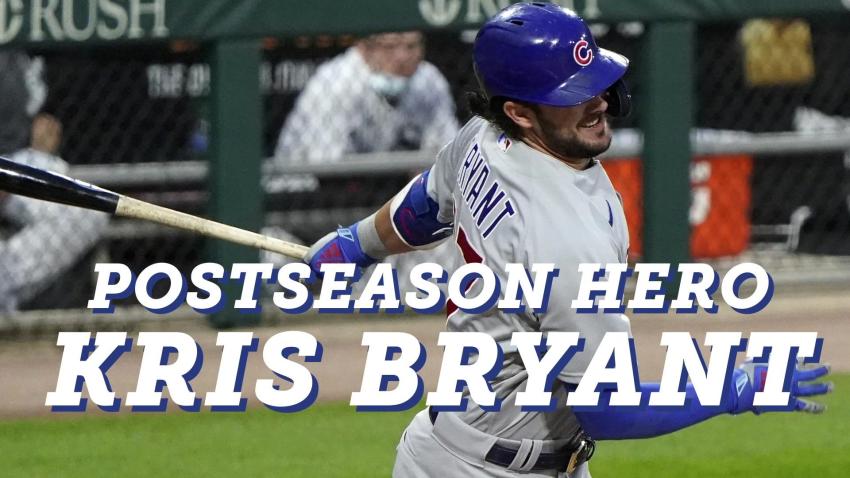 At least not the way you probably think.

Not in the Mark Messier, intense-and-in-your-face way. Not the Kirby Puckett "Jump on, I'm driving the bus" in Game 6 way. Not even the Derek Jeter all-business, team-spokesman, New York-state-of-mind way.

But Rizzo's style as a frontman has been the perfect fit for this team in this moment, during a high-stress COVID-19 sprint the Cubs are leading at the three-week mark with a 13-3 record.

"What's the definition of a leader to you?" Rizzo said during a long talk this spring about his role and expectations this year. "My style of leadership is my style."

That question as it relates to Rizzo has been the subject of almost as much local sports talk so far this season as the Cubs' closer situation.

The answer over the years has mostly involved playing 153 games a year with a career .862 OPS, fearless approaches charging batters and crowding the plate, and at least one dramatic comeback from a "season-ending" ankle injury during a pennant race to homer against the Cardinals.

But no season the Cubs have played with Rizzo has ever been built more for what he brings to a clubhouse, between a mischievous sense humor and grin and what he calls a communication  style based less on blasting teammates than sending a message "in the right way, in the loving way."

After a three-month shutdown and long-awaited return to the field under strict testing protocols and fan-less conditions, nobody has turned up the humor, and no one has seemed to love the moment more than the team's ringleader of all that dugout "energy" the manager and players keep talking about.

"I think everybody is [raising his leadership efforts], but it starts with Rizz, for sure," teammate Kyle Hendricks said. "He's really taken on a lot, being an unbelievable teammate, the energy he's bringing every single day, it's definitely on another level."

From the hand sanitizer in his back pocket for the first runner to reach first base this season, to the "Tony 2 Chainz" bling for Wednesday's big night at the plate in Cleveland - that part of Rizzo's nature that is about laughing and trying to lighten the mood for everybody else has never held more value.

"I don't know whether it's the circumstance of the year or just a change in his approach," said first-year manager David Ross, a teammate in 2015-16. "I really feel like he's just trying to have the most fun he possibly can out there on the baseball field on a nightly basis. He wants to succeed. He wants to contribute."

And it's no accident.

After a quick exit from the playoffs in 2018 and missing the playoffs last year, Rizzo faced not only the likelihood that the Cubs' championship core was in danger of being broken up in trades but also a long look in the mirror at how much he was willing to change to become the kind of leader and influence in the clubhouse he wanted to be.

He already was a leading face for the franchise, a strong off-the-field representative and popular personality in the clubhouse - if not the classic, first-to-the-park, last-to-leave, kick-ass leader.

He may never be those last few things. He said in spring training he had no intention of changing who he is: "I'm not going to show up at 10 [a.m.] when I usually show up around 2 or 3. That's pointless to me unless we've got something going on."

But he said Thursday he took to heart "dialogue" he had with the front office, former manager Joe Maddon and others since the end of last season.

And a season heavy on less-is-more, with restrictions on how much time players can spend at the ballpark and undertake indoor hitting and video work, plays into the strengths of his personality and character.

"I saw all the time we create our own weather," Rizzo said of all the noise and "cheerleading" in the dugout that's not necessary new for this team - but newly necessary with no fans. "Whether it's 30 degrees or 100 degrees, it's how we look at it."

If Rizzo was as follower earlier in his career, he has clearly shown a shift in more recent seasons, none more than this one, with its real-world backdrop and its borrowed-time feel for the core.

"Anthony Rizzo has matured a lot since we played together, in a great way," Ross said. "Not that he was immature before. But he continues to grow and wants to be the leader that he knows he is. And he has those characteristics."

Teammates say they've noticed small difference in Rizzo even since last year, in a willingness to approach a teammate with something he's noticed or even to take charge of a drill that's not being done right.

Rizzo said that only works "when guys know it's coming from the right place and coming from the heart," he said, noting the change in clubhouse cultures just since his debut in San Diego in 2011. "It's not, ‘Call someone out in front of the whole team' anymore. My first couple of years it was more of that.

"You just learn more and more now it's not really the way to do it as much anymore, because guys will crawl into a hole a little bit more and lose your trust."

If he's ascending at 31 into "leadership" role, it's more a natural order of things, Rizzo suggested, more the turn of the core players to ascend after the likes of past veterans John Lackey, Dexter Fowler, Miguel Montero or even Ross cycled out of the clubhouse as players.

But don't confuse Rizzo with Jason Heyward as a guy who's suddenly going to call the next rain-delay meeting that inspires a clubhouse to change baseball history. That's still not necessarily Rizzo's way.

It's not like he needs anyone to "slap a ‘C' on his chest," as some of our favorite, amped-up broadcasters like to shout.

"It's just being mindful," Rizzo said. "Not running from being the leader, being the quote-unquote face of the franchise of however you want to say it. It's embracing it and making sure everyone is OK in all aspects, whether it's our bullpen, whether it's guys not playing every day - just picking guys up and making them feel all right. And in return, it's the same thing guys are doing for me."

It's also the chains on Wednesday. And the pocket of hand sanitizer in the opener. And whatever he has in store behind the smile tomorrow.

"He's doing a great job of leading," Ross said, "and being the example of having fun."