While Chicagoans are not strangers to snow in April, Yermín Mercedes has only been a Chicagoan for a little bit. 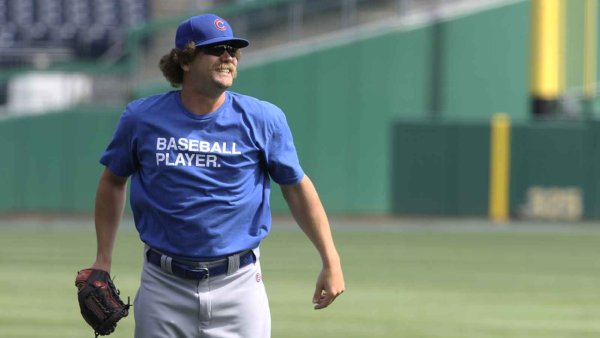 A native of the Dominican Republic, Mercedes — who's currently setting baseball on fire with a ridiculous start to his rookie season — enjoyed the frozen precipitation as the White Sox landed in snowy Boston on Friday.

The White Sox series-opener with the Red Sox at Fenway Park was postponed due to inclement weather. On his Instagram account, Mercedes showed just how unfriendly to baseball the conditions were Friday, even if he was having a blast.

Who knows if even a snow day at Fenway will be able to cool off Mercedes, who hit a couple bombs during the White Sox recently completed home stand, both home runs launched more than 430 feet and the first of the pair, in the home opener, going down as the third longest homer ever hit by a White Sox player at Guaranteed Rate Field.

Mercedes enters the series in Boston with a jaw-dropping .476/.522/.786 slash line to go along with three home runs, tied for the team lead. His 20 hits are the most in the American League.

So enjoy the snow while it lasts, Yermín. As hot as he is, he'll probably melt it.