ARLINGTON, Texas – Tim Anderson took ground balls at shortstop during pregame batting practice Friday, after the White Sox changed their lineup to include him in the series opener against the Rangers.

For the first time since returning from the injured list (left hamstring strain) earlier this week, Anderson is playing in back-to-back games. The shift in plan was a promising sign for the White Sox, who penciled in Anderson to play every other day initially coming out of his IL stint.

“Tim just feels like he's good to play a couple in a row, it would help his timing,” White Sox manager Tony La Russa said Friday. “He'd like to get back in the swing of feeling good, playing in the field. If he says he feels good, we trust him. We're going to watch him close, just say, ‘Anytime during the game you get tight or something, we'll get you.’” 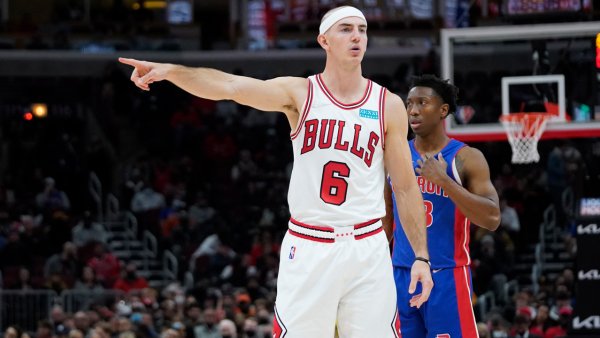 Anderson has recorded a hit in each of his last two games. But the White Sox’ sloppy loss to the Angels on Thursday included a pair of defensive errors from Anderson. The most egregious came on a routine ground ball, which Anderson fielded easily. He took his time with the throw, but it sailed wide of first base.

Before this week, Anderson had committed six errors all season. In the past two games, he’s made three.

“So much of defensive play is seeing and reacting,” La Russa said. “I think he can see… (he) may be a tick slow on something. It's not real obvious. I’m not even sure that you’d notice it, except he doesn't feel good about it. He knows more than anybody.”

Anderson is set to lead off Friday at Globe Life Field. He’s batting .300 this season and has been responsible for some of the White Sox’ most memorable comebacks.