HOUSTON — There aren't many folks more qualified to make comparisons to the 2005 pitching staff.

A.J. Pierzynski was behind the plate when a dominant collection of starting pitchers powered the Chicago White Sox to a World Series title 16 years ago.

Fast forward to the present, and another White Sox team is pinning its championship hopes on a sensational starting staff. A 3.04 ERA by the starters is the best mark in the American League. The 446 strikeouts are the most in the Junior Circuit. Lucas Giolito, Dallas Keuchel, Lance Lynn, Dylan Cease and Carlos Rodón have been mostly excellent, the No. 1 reason that even an injury-ravaged White Sox team is confident it can win any game it plays.

Sounds a little familiar, doesn't it? 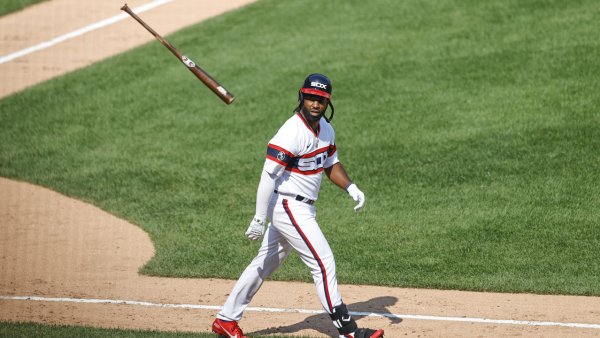 That quintet is the South Side's most impressive since Mark Buehrle, José Contreras, Jon Garland, Freddy García and Orlando Hernández were dealing back in 2005.

"The top four in Contreras, Garland, Freddy and Buehrle, just every fifth day were out there and they gave you a quality start and a chance to win," Pierzynski said Saturday. "The bullpen was good no matter who was at the back end. ... It was just everybody we stuck in positions, they did what they were supposed to do.

"That’s what makes teams special. I see that on this team. Starting with (Liam) Hendriks at the back end, everyone is filling in before him. Lynn, Giolito. Carlos Rodón has been amazing this year. It’s just been good to watch. Cease is coming along.

"Whoever they put out there has been good, and that’s what you look for in a championship team."

Those 2005 starting pitchers were dominant in the postseason, most famously throwing four consecutive complete games in the White Sox four wins over the Los Angeles Angels in the ALCS.

That's not happening again, as anyone watching baseball these days could tell you, Pierzynski included.

"You won’t even see one barely anymore," he said. "There’s no chance for two. ... It will never happen again."

But what could happen again, if things keep going right for the White Sox, is a rotation powering a deep postseason run, perhaps even all the way to another championship.

It's only June, of course, but so far, so good for what's been one of the best rotations baseball, one that can match up with any other.

What could set them apart come October?

"Pitch deeper than the other teams," Pierzynski said. "I know it’s a bullpen-heavy game now, but the teams that win still have the best starting pitching. If you look at the series and you look at who wins, start with the (reigning World Series champion Los Angeles) Dodgers last year. They pitched better, and their starters go deeper than the other team. Those are the teams who usually win.

"The (White Sox) pitching has been great, especially the starters, the way they’ve gone out and dominated games. That’s what you like to see. As a former catcher, I want my starters to go deep into games, and they’ve done that."