If José Abreu gets the deciding vote, White Sox manager Tony La Russa should have no problem coming back for a second season.

"I didn't have any conversation with him about it, but I'm pretty sure he's going to come back,” Abreu said Wednesday, the day after the Astros eliminated the White Sox from the playoffs. “He won't leave us alone. He's going to be with us." 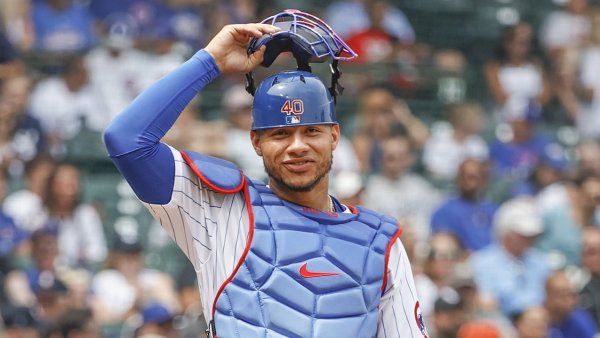 La Russa signed a multiyear contract with the White Sox a year ago, but after a 10-1 Game 4 loss to the Astros in the American League Division Series, La Russa said a contract alone wasn’t a reason to return.

“I would just leave if they don't want you back,” he said.

La Russa developed a routine several years into his managerial career, once he’d built up some job security.

“I always waited so the ownership and the front office said, ‘We want you back,’” he said. “If they didn't, I just walked away. But if you fool them, and the players don't want you, then you walk away.”

Abreu, among others, has consistently spoken highly of La Russa. Then, late in Game 4 on Tuesday, another example of their bond arose.

La Russa has been outspoken about how frequently opposing pitchers hit Abreu, even when the manager hasn’t believe it was intentional. Abreu was hit 22 times in the regular season, No. 5 in MLB.

On Tuesday, it happened again. The Astros led by six runs entering the bottom of the eighth inning. With two outs, Abreu battled Astros reliever Kendall Graveman in a seven-pitch at-bat. The last pitch struck Abreu in the shoulder.

Abreu patted Astros catcher Martín Malonado on the chest protector and headed to first. La Russ, however, didn’t let it go so easily. He made his case to home plate umpire Vic Carapazza and then crew chief Tom Hallion long after it was clear neither Graveman, for the pitch, nor La Russa, for his reaction, was going to be ejected.

After the game, La Russa accused the Astros of intentionally throwing at Abreu – which Houston manager Dusty Baker denied.