White Sox Do Have ‘Damn Good Team,' But Much Offseason Work to Do

What's next for the Chicago White Sox this offseason?

Whatever it is, it's going to have to wait a while. 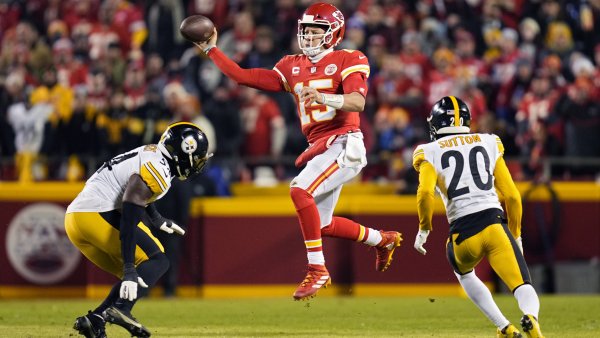 Baseball is set to go into hibernation Wednesday night, when the collective bargaining agreement expires and players are locked out in the game's first work stoppage in a quarter century. With it is expected to come a halt on transactions — not ideal if you're looking to sign a free-agent pitcher or trade for a new second baseman.

While teams around the league were spending in record numbers over the past week, taking the top free agents off the board in lightning-quick succession, the White Sox were making milder moves, though still important ones: Kendall Graveman addressed a critical need at the back end of the bullpen, and Leury García came back to provide his trademark versatility.

Fans were less than enthused that there wasn't a big-name signing included in that pre-lockout rundown of White Sox activity.

"The Opening Day roster is not due in December, it's due come Opening Day," Hahn said during a Wednesday press conference, providing a reminder — a much needed plea for patience — that there's work still to be done. "We fully expect there to be further additions over the next several months and for the team to look better on Opening Day than it does today."

Whether that goes hand in hand with another Hahn reality check, one provided at last month's GM meetings, remains to be seen. In Southern California, he described the choice his front office had ahead of it this winter: whether to spend the team's financial resources in one place or to spread it out across multiple additions.

So far, multiple additions, no one huge name.

Obviously, it's too early in Hahn's offseason work to figure out exactly which road was taken. And there are still plenty of big names remaining on the market, ones that could address White Sox needs. But while those needs certainly exist, it's plenty clear that this roster is already one built to win, one that the teams handing out some of those record-setting deals over the last week could only dream to have.

It shouldn't mean an "either-or" choice for these White Sox. But it's also important to remember that "or" still exists.

"We all get excited by that notion of a splashy, big-name move. And quite frankly we like to chase that and see where things line up. It's just the nature of all of us (in the front office)," Hahn said. "At the same time, you can't lose sight of the fact that we've got a damn good team, that we are in position to contend for a championship next year and beyond by what we've been able to do over the last several years.

"There's ways for us to get better. We're going to continue to try to get better. ... There will never, frankly, be a period of time when we're not looking to improve upon what we've put together. At the same time, don't want to lose sight of the fact that we're in a pretty good position right now.

"We're going to continue to build upon it. But this is a pretty damn good club we've got here."

It's true. The White Sox do have "a pretty damn good club." But while Hahn's post-playoff assertion that the White Sox simply had four bad days in October is reasonable, so, too, is the takeaway that they weren't up to challenging the Houston Astros, meaning improvement is necessary to reach the ultimate goal of a World Series championship.

Some of that improvement will come without touching the transaction page. For example, a full season of Eloy Jiménez doing what he can do will be wildly beneficial to the White Sox' championship chances and a huge improvement on what the team got last season.

But there are holes to fill now, too. Or rather, there are holes to fill whenever this lockout comes to an end. There's a scenario in which a months-long lockout ends right before the start of spring training, which would put the White Sox — and plenty of other teams — in a tough spot, a short window to make the moves necessary to improve the roster ahead of a championship chase.

"So be it. Let's go," Hahn said of that hypothetical situation. "Seriously, that's fine. There's something to be said for having a short period in which you can get everything done. We aren't looking to draw things out on our end. You've seen that a few times over the years, in a more normal offseason.

"If it ends up that there's a condensed period of time on the other side, so be it. We'll be ready to go."

There's the matter of second base, where names like Marcus Semien, Javy Báez and Eduardo Escobar were snapped up in recent days.

There's an opportunity for an upgrade in right field, where the free-agent market has moved much slower, leaving Nick Castellanos, Kris Bryant and Michael Conforto unsigned.

There's the bullpen, which even with Graveman aboard is still in need of reinforcements after so many offseason departures.

There's the rotation, full and promising, but the focus of much fan consternation in the wake of four straight postseason clunkers.

So what's next for the White Sox this offseason? All that.

Problem is, how and when it will all come is a total mystery as baseball's offseason turns into a pumpkin Wednesday night.