Which Blackhawks Could Play at the 2022 Beijing Olympics?

Which Blackhawks could play at the 2022 Beijing Olympics? originally appeared on NBC Sports Chicago

The NHL is heading back to the Olympic Games, after it was announced earlier this month that the NHL and NHLPA came to an agreement to send NHL players to the 2022 Beijing Olympics.

That means the best hockey players in the world will be coming together to represent their home countries and compete for a gold medal. It will be the first time since 2014 that NHL players have competed on the international Olympic stage. 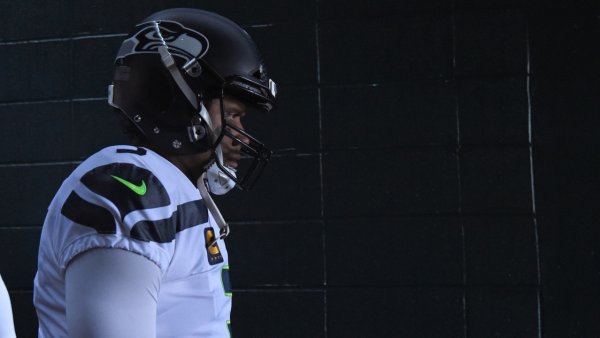 With that, let’s take a look at some of those players that could be participating in the Beijing Olympics.

What countries are participating in ice hockey in Beijing?

There will be 12 countries competing in men’s ice hockey for the gold medal in Beijing. The 12 will be split into three groups of four to kick off the preliminary round.

Group A will consist of the United States, Canada, Germany and China, who automatically got a bid as the host country. Group B will have the Russian Olympic Committee, Czech Republic, Switzerland and Denmark. Group C will be Sweden, Finland, Slovakia and Latvia.

Why didn’t the NHL send its players to the 2018 Olympics?

For the first time in five Winter Olympic Games, the NHL did not send its players to the Olympics in 2018.

Previously, the IOC covered travel, insurance, accommodations and other costs for NHL players. However, the IOC decided against it for 2018. When that was announced, the NHL decided to pull its players from going to the Olympics, also citing injury concerns that would affect the rest of the NHL season.

As a result, countries were forced to look elsewhere to fill out their rosters. Players were pulled from the AHL, European professional leagues and the NCAA level to participate in the Olympics.

Part of the reason for the NHL’s return in 2022 is because the IOC will cover those costs that they did not in 2018.

What players from the Blackhawks could be playing in Beijing?

There was a ton of roster turnaround this offseason for the Chicago Blackhawks, but that meant bringing in top talent. A couple of those new players will also be playing in Beijing.

We’ll start with Seth Jones and his recently inked an eight-year, $76 million extension. One of the new members of the Blackhawks’ blue line is also expected to be a part of USA’s defensive group at the Olympics. Joining him on the U.S. squad will surely be Patrick Kane. It will be the third Olympic Games for the 32-year-old, who won a silver medal in 2010. In 12 Olympic games, Kane has three goals and six assists. Also for the U.S., Alex DeBrincat should be in line to partake in his first Olympic Games.

Next is new goalie Marc-Andre Fleury. The reigning Vezina winner who was traded to the Blackhawks this offseason is on course to get one of the three goalie spots on Team Canada. It will be a battle between Fleury and Montreal’s Carey Price for the starting role for Canada. Fleury was selected to the team in 2010 where he did not see any action, but went home with a gold medal. He was not a part of the team in 2014.

Captain Jonathan Toews was a part of both the 2010 and 2014 Canada teams, but may not be selected for the 2022 team. Toews missed last season with a health issue, and it’s unclear what he’ll be like returning this year. An integral part of both the last two gold medals, Toews led Canada with eight points in 2010 and was named the tournament’s best forward, and scored the opening goal in Canada’s gold medal win in 2014.

The last newcomer is Lukas Reichel, the Blackhawks’ 2020 first-round pick whom they signed this offseason. He’s not guaranteed to make the Blackhawks roster straight out of camp, but is expected to be on Germany’s team in February. The 19-year-old was a member of the German team at the IIHF World Championships this summer, where he had six points in nine games.

Dominik Kubalik is one of the few players now in the NHL who played at the 2018 Olympics and should be making his return in 2022 with the Czech Republic. Kubalik was still property of the Los Angeles Kings at the time, but was playing in Switzerland, so he was allowed to participate in PyeongChang. He potted two goals in five games during those Olympics.

Coming off his first season in the NHL, Philipp Kurashev will also be participating in his first Olympics in February as he’ll be a part of Switzerland’s team. The 21-year-old likely will play a depth role on a top-heavy forward group for the Swiss.

Kevin Lankinen will be in the running for a goaltender spot for Finland, but might end up one of the odd men out. Nashville’s Juuse Saros is sure to get the starting job, and Carolina’s Antti Raanta and Columbus’ Joonas Korpisalo both have more NHL experience than Lankinen. Tuukka Rask could bump out Lankinen as well, if he is healthy enough and elects to play in the Olympics. Lankinen would also have to beat out Minnesota goaltender Kappo Kahkonen.