New White Sox reliever Kendall Graveman didn’t set a hard deadline for reaching a deal in free agency this winter. But he wasn’t sitting back either.

“Looking at what past free agents have received, I felt personally that if the right opportunity presented itself before Dec. 1 or 2, that we should take it,” he said this week, after agreeing to a three-year, $24 million contract with the White Sox. 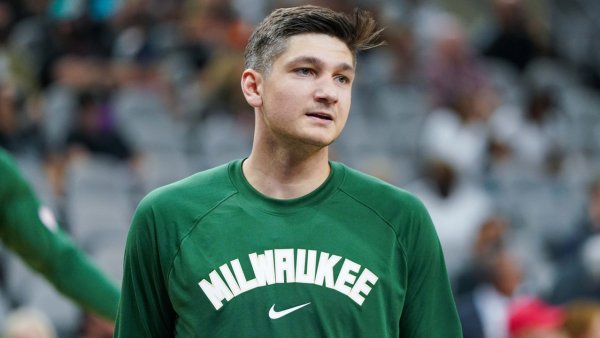 Graveman was part of a rush of free agent signings in November, bucking the recent trend of a late market, with the CBA set to expire after Wednesday. If the league and players can’t reach an agreement by the end of the day, the owners could impose a lockout.

Max Scherzer, an association player representative for the MLBPA, told reporters Wednesday that “hearing the tone in negotiations,” a lockout was “a very likely scenario.”

Max Scherzer — who’s heavily involved in the MLBPA — on the CBA negotiations:

“Hearing the tone in negotiations, the lockout seems like that’s a very likely scenario, let’s say that."

With threat of a work stoppage looming, some player agents pushed for deals before the CBA deadline. MLB Network’s Joel Sherman reported that Scott Boras told teams at the GM meetings last month that he would get his Big 3 free agent clients – Scherzer, Marcus Semien and Cory Seager – signed before a lockout. Other players, like Graveman, decided to jump at the right contract if presented.

Graveman said he wasn’t “fearful” of negotiating into February. But there are clear advantages to signing early, especially when it’s unclear how a lockout could affect the offseason calendar.

“Historically, when these free agent deals come together they happen in clusters, whether it’s a reliever group or starting pitcher group,” White Sox general manager Rick Hahn said Wednesday. “So, you always anticipate a run on a certain segment. At any given point in the offseason you can’t predict when that is going to be.

“This offseason, we’ve seen more groups move quickly than in the past. So, it’s not entirely unexpected in terms of how things played out, but we’re dealing with something a little different than we’ve seen in the last few years.”

The White Sox weren’t among the most active teams on the early free agent market. But they did add Graveman, fortifying their bullpen, and re-sign veteran Leury García to a three-year, $16.5 million deal, his versatility in the field providing roster flexibility.

García said the threat of lockout didn’t play a role in him signing early.

“I never thought of going anywhere (else),” he said. “The White Sox were my priority.”

The influx of early activity, and the fan excitement it stirred up, resurfaced conversations about a potential free agency deadline or dead period.

When asked on Wednesday about the concept, Hahn said he hadn’t thought about it much but guessed that his family would be in favor.

“If there is a period of time in which I literally can't do anything work-related, I think that might be a positive for the old work-life balance,” he joked. “But there's certainly somewhat of a silver lining to all this, in that the amount of activity over the last month has been exciting for fans of the game.”

Hahn pointed to the Rangers, Mets, Tigers, Blue Jays and Mariners. They have been the five biggest free agent spenders so far this winter, according to FanGraphs’ Jon Becker, and they all missed the 2021 playoffs.

“Which brings excitement to cities that weren't able to enjoy last summer and early fall,” Hahn said. “That's definitely a positive for the game. We all know that deadlines in any aspect of life make people behave a little bit differently, so in the future if there is such a thing, it might be a way to add some similar excitement."

Restricting free agency, however, could have unforeseen consequences. And players are wary of opening potential avenues for collusion between owners. Other options to spice up free agency earlier in the winter include offering incentives without imposing a deadline.

This year, though not a perfect comparison because of the extra layer of labor negotiations, at least begins to test the effects of a dead period. If nothing else, it has sparked discussions about how to inject excitement into baseball’s offseason.