Tom Brady Roasts Bears With Aaron Rodgers ‘I Own You' Joke

Another Hall of Fame quarterback has decided to take a pot shot at the Bears. After Aaron Rodgers made headlines for yelling “I still own you!” following a touchdown run, Tom Brady grabbed some low hanging fruit and congratulated Rodgers on his ownership stake in the team.

"I wanted to say congrats to @AaronRodgers12. Obviously, he's a great QB but, I guess he's now a shareholder of the Bears"@TomBrady talks Bears & more 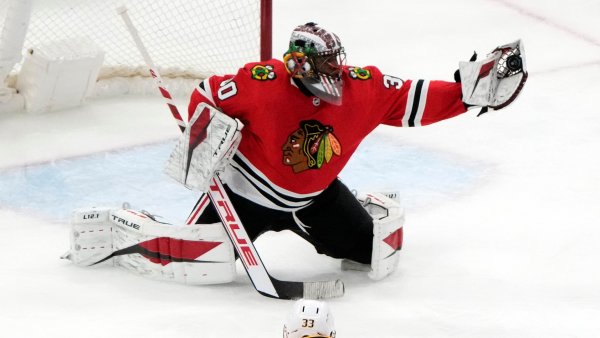 “Before we get started, I wanted to congratulate Aaron Rodgers,” Brady said in a Sirius XM appearance. “Obviously he’s a great quarterback, but I guess he’s now a shareholder of the Bears.”

The joke would’ve been funnier if we hadn’t heard it a dozen times already.

It was a bold move on Brady’s part too, after he embarrassingly forgot what down it was in the Buccaneers’ loss to the Bears last season.

While not many people are going to pick the Bears to beat Brady this week, this jab will certainly give Matt Nagy good bulletin board material for the lead up to the game.