DeShields left for personal reasons, while Stevens, according to a release, will be evaluated by a cartilage specialist to address an osteochondral defect in her right knee. Stevens was termed officially out for the season by the team. Head coach James Wade told reporters Saturday that he has no expectations that DeShields will return. 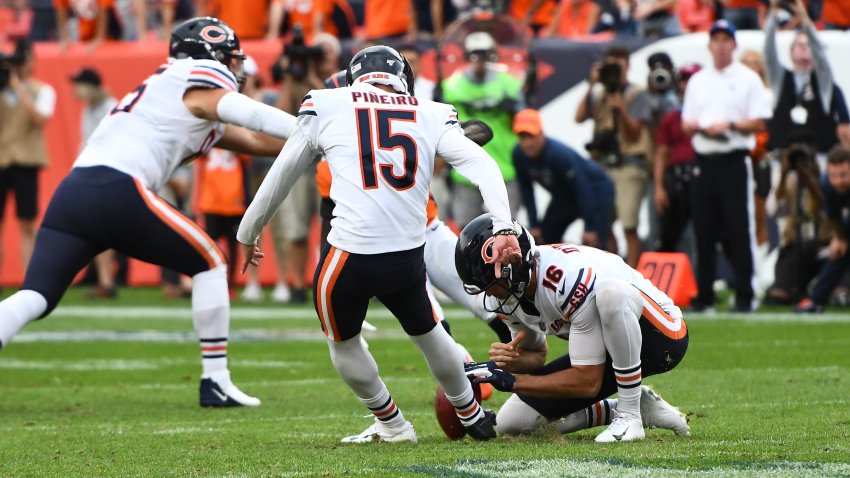 NFL Schedule Release: Chicago Bears Schedule to Be Unveiled May 12

In a strictly basketball sense, both losses sting for a Sky team with championship aspirations. The versatile Stevens was acquired from the Dallas Wings before the season and had carved out a significant role with the team in 2020shes started 13 of the teams 15 games at power forward to this point, and ends her campaign with career-high marks in minutes, points, rebounds and assists per game, as well as shooting percentages from the field, 3-point range and free-throw line.

DeShields appeared poised for a superstar leap before the season after earning All-Star honors in her second year, but spent Year 3 hampered by nagging knee issues. She appeared in 13 games, but started none.

Reinforcements are expected to come next week in the form of Stephanie Mavunga, who was brought aboard in a trade with the Indiana Fever Friday night. Mavunga, acquired in exchange for Jantel Lavender (who didnt travel to the bubble after foot surgery in June, and hits free agency after the season) and second- and third- round 2021 draft picks, adds depth in the frontcourt. She averaged 5.0 points and 4.0 rebounds in 11.8 minutes per game across five appearances for the Fever this season, but hasnt played since Aug. 7 due to a facial injury.

Mavunga has been cleared to play from that injury, and Wade said he expects her to clear quarantine and officially join the team either Tuesday or Wednesday of next week.

The Sky (10-5) resume play Saturday against the league-best Seattle Storm (12-3) after a league wide walkout on games following the shooting of Jacob Blake, a 29-year-old Black man, by police in Kenosha, Wis. on Aug. 23. The Milwaukee Bucks sparked boycotts by players and teams across American sports Wednesday in protest of the shooting. Players compelled the WNBA to postpone six games on Wednesday and Thursday, including a matchup between the Sky and Fever, which has been rescheduled for Aug. 31 at 5 p.m. CT.

The Sky spent that basketball-void, emotion-packed span banding together in unconditional support of one another. Stefanie Dolson called the environment familial in a Friday conference call with reporters. Wade termed a team-wide meeting Wednesday evening uplifting, and individual meeting with players both enlightening and educational. Gabby Williams was passionate in her gratitude to her teammates and staff for their empathy.

Everyone has really, really had my back... We've all faced similar struggles, we've all faced struggles that none of us, that we can't relate to. But we all feel each other's pain, Williams said.

Still, Wade and Williams described themselves as physically, mentally and emotionally drained after the weeks events. Especially with a return to basketball looming.

I'm exhausted. Mentally, spiritually, emotionally, I think we're just, everyone is, we can't even find the energy to play or put our focus on anything else besides what's going on in our country, Williams said. I'm trying to find the strength to not feel almost defeated, and I'm glad that I'm in this bubble with these powerful women who have my back.