With all the talk surrounding Justin Fields and Andy Dalton, it’s easy to forget that Nick Foles is still on the Bears roster. It had been rumored earlier in the offseason that Ryan Pace had been trying to trade the former Super Bowl MVP, but nothing came to fruition. On Tuesday however, a new rumor emerged from New York linking the Jets to Foles. 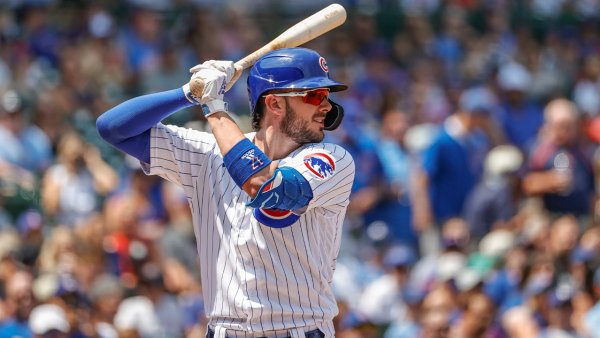 Said the #Jets will have conversations post-minicamp about adding a veteran QB. Nick Foles (Bears) basically the only logical option left.

As things stand now the only quarterbacks on the Jets roster are James Morgan and Mike White. No. 2 overall pick Zach Wilson will join the team soon, but he’s yet to sign his rookie contract. With no known commodity behind the rookie, the Jets could absolutely benefit from a veteran presence in the quarterback room, and Foles absolutely fits that bill. But for their part, the Bears say they’ve appreciated the value that Foles adds, even if he never sees the field.

“Nick is a true pro and understands it, is still very competitive,” Matt Nagy said during the team’s first set of OTAs. “That’s why I say like in all these meetings, it’s just really special to see how they’re trying to help Justin out and teach him how to play quarterback and how to watch film and study this offense… it’s been really good.”

That said, if the Bears could find a team that could give Foles a better opportunity to see the field, while also getting a draft pick back, it would be a win-win-win scenario. The question is, do the Jets see Foles as the guy to fill out their roster?

While Hughes said Foles makes the most logical sense for New York, other guys could still work, like Brian Hoyer who’s on the Patriots’ roster alongside Cam Newton, Mac Jones and Jarret Stidham. If Aaron Rodgers returns to the Packers, then Blake Bortles would become expendable in Green Bay too.

It’s unclear how much the Jets value the backup position behind Wilson this year, but for now it seems possible that Foles could have a new home before Week 1.