NFL Draft Rumors: Dolphins Listening to Calls for No. 6 Pick

The Miami Dolphins reportedly are considering moving back from the No. 6 overall pick in the 2021 NFL Draft. The pick was originally the Philadelphia Eagles' selection, but Miami acquired it in the deal that sent the No. 3 overall pick to the San Francisco 49ers. 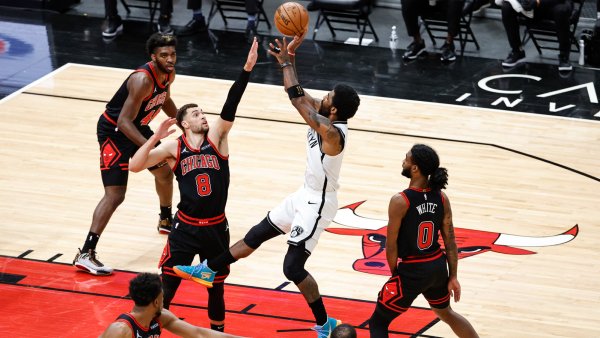 The Dolphins are fielding calls from front offices eager to vault towards the top of a talent-laden draft, according to NFL Network's Ian Rapoport:

The #Dolphins have already made two moves in the NFL Draft and they may not be done yet: Sources say they’ve received calls from teams looking to trade up to No. 6 and it is something they’re considering. Lot of things in play, but Miami could be at it again.

It is possible that the Chicago Bears could move up to the No. 6 spot if they are interested in drafting a quarterback.

Chicago signed veteran quarterback Andy Dalton in free agency, but he isn't the long-term solution for the team at quarterback.

If Mac Jones, Justin Fields or Trey Lance falls in the draft, Chicago could try and pounce on Miami's willingness to trade and move up to the No. 6 pick.

It certainly would take a massive haul, but Miami doesn't need to take a quarterback with last year's first-round selection Tua Tagovailoa already entrenched as the team's starter.

Chicago traded up for the last quarterback it selected, Mitch Trubisky, and it could try a similar strategy to finally bring a true franchise quarterback to the Windy City.

Miami may keep the pick to draft another playmaker on offense, but the Bears, who own the No. 20 overall pick in this year's draft, may view one of the quarterbacks in this class as a can't-miss prospect at No. 6.

General manager Ryan Pace may try and make a big splash on draft night to get the Bears back to prominence in the NFC and set his team up for future success.

Peter Dewey contributed to this story.