Throughout his career, including his rise to stardom with the Bulls, Jimmy Butler always has been comfortable making the grand, uncomfortable statement.

So it shouldn't surprise anyone to hear Butler reply "I don't care" when asked if he received a league explanation for making him switch jerseys just before the Heat's Saturday tipoff against the Nuggets, both teams' first game in the NBA's 22-team restart. 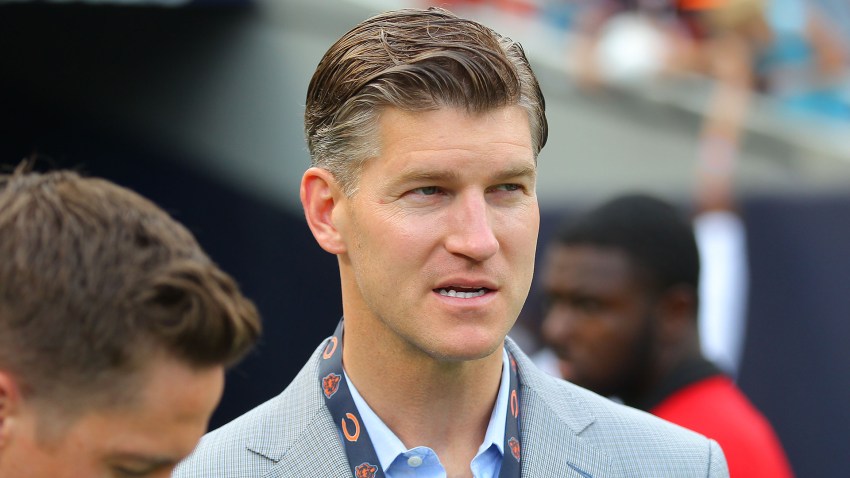 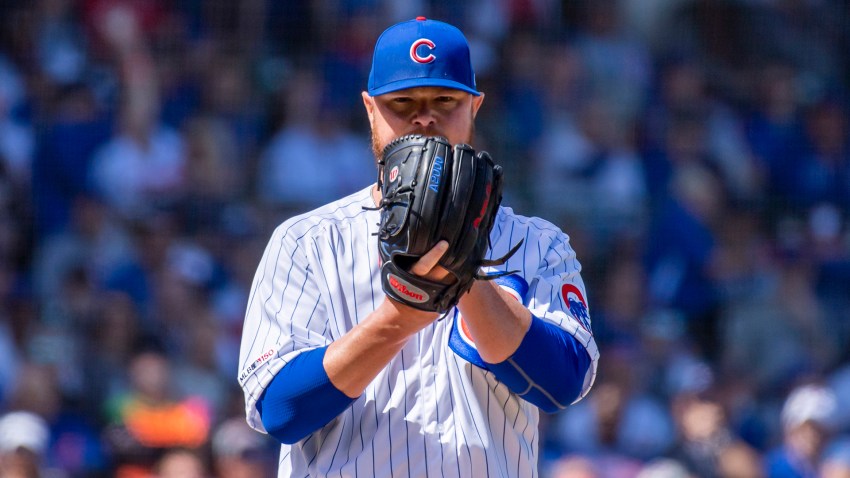 Butler took the court for a game won by the Heat 125-105 wearing his No. 22 with no name on the back, a stance he revealed two weeks ago he wanted to take for his statement on racial inequity.

"I love and respect all the messages that the league did choose. But for me, I felt like with no message, with no name, it's going back to like who I was. And if I wasn't who I was today, I'm no different than anybody else of color," Butler said on July 14. "And I want that to be my message in the sense that just because I'm an NBA player, everybody has the same rights no matter what. That's how I feel about my people of color."

The NBA's restart has featured ample opportunity for players, coaches and referees to address the systemic racism plaguing the country, with most wearing "Black Lives Matter" T-shirts as they warm up on a court emblazoned with the same message. Most teams also have been taking a knee during the playing of "The National Anthem" before games.

But Butler's preferred jersey statement didn't fall under the social justice messages agreed to by the league and players association. So just before tipoff, he walked to the Heat bench, took off his no-name jersey and replaced it with one wearing his name "BUTLER" underneath his No. 22. The agreed-to social justice messages like "EQUALITY" and "JUSTICE" appear above the names on other jerseys.

This appeared to be a compromise since Butler got his wish to have no name above his No. 22. He said he hopes the league changes its position and hasn't ruled out making the same symbolic act before each tipoff even if the league doesn't.

"I decided to change because my teammates probably needed me a little bit today," Butler said.

That they did. Butler posted 22 points, seven assists and four rebounds in the victory over the shorthanded Nuggets.

Butler also commented this week on the Knicks' hiring of Tom Thibodeau. Butler rose to stardom under Thibodeau's coaching with the Bulls and flourished for one season with him in Minnesota before forcing his way out of town with a trade to the 76ers. Thibodeau, who also served as the Timberwolves' president of basketball operations, had traded Zach LaVine, the draft rights to Lauri Markkanen and Kris Dunn to the Bulls for Butler.

"Obviously, I'm happy for him," Butler said. "I think he's going to do well. He's going to turn those young guys into some real players, some superstars, some All-Stars. All of that good stuff.

"I know he's been itching for this. I know he has been preparing for it. When you talk about Thibs on the big stage, I think they go hand in hand."