The Bears were always going to go back to Mitch Trubisky. It’s been inevitable even before Nick Foles, in the dying embers of a fourth consecutive loss, injured his hip a week and a half ago. 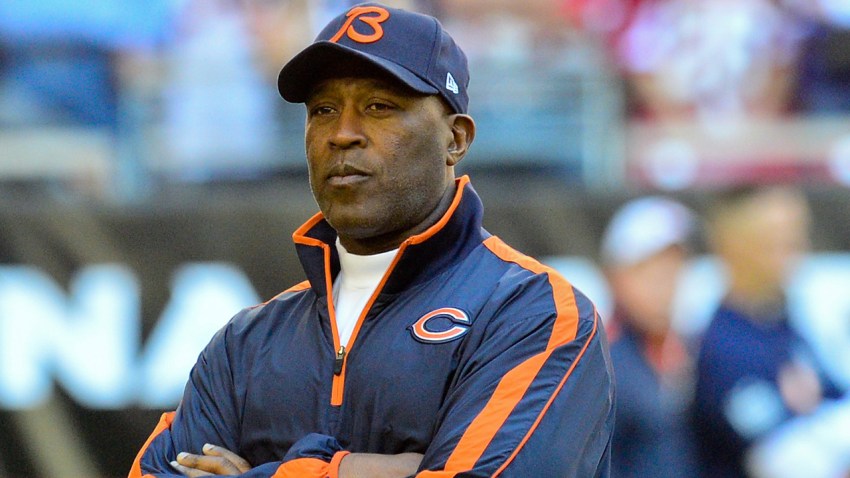 Foles has never started more than 11 games in a season. When the Bears turned to him in the middle of Week 3, they hoped he’d be their starter for the remainder of 2020. History told us that wasn’t a realistic expectation, either for performance or injury reasons.

So here we are. After days of obfuscating, Matt Nagy finally revealed Friday what everyone else already knew: Trubisky will start Sunday against the Green Bay Packers at Lambeau Field.

MORE: How Bears' offense may look different with Trubisky starting vs. Packers

Trubisky said all the right things on Friday, as he has over the three and a half years he’s been in Chicago. He was honest about being benched (“it kind of felt like a blind side,” he said) and sounded like he’d come to terms with his career in Chicago, even as he faces down another opportunity to start on Sunday.

It might also be the last time we see Trubisky in a Bears uniform – for real this time. Nagy did not commit to starting Trubisky beyond Sunday, effectively making this a one-game tryout for the former No. 2 overall pick and impending free agent.

“As far as next week or following weeks, it’s hard for me to predict that right now just because I think the fairest thing for both guys is to just worry and focus for Green Bay,” Nagy said. “And I mean that. It’s easy to try to figure out okay, is this for the rest of the year or not, but we really have to focus on Mitch as the starter for Green Bay and then who knows health-wise where Nick’s at and then where Mitch’s at. And then we’ll play that course and play that decision next week when we get into that.”

Translation: Trubisky can earn another start if he and the Bears’ offense play well – or at least just better than the last few weeks under Foles’ watch. It’s a low bar to clear; then again, the Bears’ offense has failed to clear the low bar of just scoring a touchdown in two of their last four games.

Trubisky, though, has nothing to lose. He is who he is at this point. He can either be that same quarterback, or he can be someone different ahead of entering free agency next March.

Sure, whatever team signs him will lean heavily on their pre-draft scouting of him; remember, the Bears were not the only team to have him as their top quarterback in 2017.

But barring an injury – Trubisky’s shoulders may be an issue for some teams next spring – all he can do is improve his free agent stock in the next few weeks. If he plays badly on Sunday? Fine, he gets benched again for Foles and nothing changes for him, personally.

But what if Trubisky does play well, perhaps in an offense tailored to his talents called by Bill Lazor (and not Nagy)? Maybe some team* that’s planning on drafting a quarterback signs him to compete for a starting gig next year, instead of merely signing Trubisky to be a backup.

Starting Sunday, he’ll have one final shot to not only change the narrative around him in Chicago, but also earn a better opportunity in 2021 – and a few more dollars, too. This after getting benched three games into the 2020 season for a quarterback who, as it turned out, was not the solution to all the problems that plague the Bears’ offense.

“It was tough, it was an adjustment,” Trubisky said. “But I was always hopeful for another opportunity.”