Unsurprisingly, Bears quarterbacks coach John DeFilippo is excited to start working with first-round draft pick Justin Fields. Rookie minicamp doesn’t start until this weekend, but that doesn’t mean Fields hasn’t already made an impression on his new position coach. In fact, DeFilippo was impressed with Fields dating back to their pre-draft meetings. 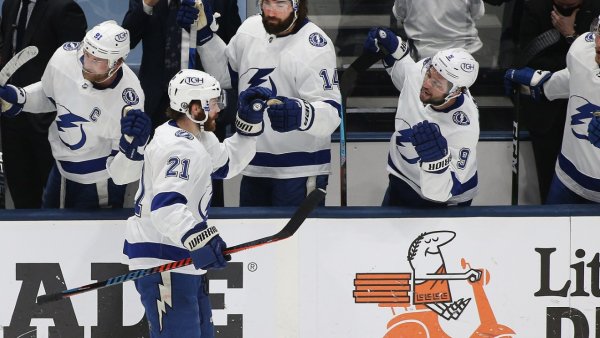 “He was very good,” DeFilippo said. “The thing I noticed with him was he was very comfortable talking football. It was like as soon as we were down all the way: ‘Tell me about where you’re training … and buh, buh, buh, buh, buh,’ it was kind of like he lit up once we started talking football. And that’s, a lot of times with these young players, it’s the opposite. You know, ‘This is why I chose my agent or this is why I’m training here.’ And then once the football part of it comes, it’s like it dies down at times. He was the exact opposite. He lit up once we started talking football. And that to me said a lot, I think, because you could tell how much he absolutely loves the game. That’s what was really cool with him.”

Now that they’ve gotten to spend even more time with Fields, the rookie QB has continued to impress DeFilippo. While everyone knows about Fields’ incredible athletic ability, DeFilippo again talked up Fields’ performance as a young pro in the meeting room, not on the gridiron itself.

“The thing I’ve noticed with Justin is he’s very coachable. I think the first few days, there was a little, I don’t want to say shock to the system, but there was a little bit of— he’s gotta know the amount of information that’s coming at him in a very short amount of time, and what we demand, and the way a quarterback meeting is run in the National Football League, where it’s dialogue between the coach and the player.

“That’s the way I like to run our quarterback meetings. There’s dialogue back and forth. I call it Charlie Brown’s Teacher Syndrome. You don’t want to be the guy at the front of the room that’s just, ‘Wah, wah, wah, wah, wah.’ They tune you out after a while. So there needs to be that dialogue there in understanding how quarterback meetings are run in the National Football League, and I think he’s done a fantastic job of adapting to that and adapting to our coaching style.”