If you have a side in the NBA’s greatest player of all time (GOAT) debate, your mind is likely made up for good.

Those on the side of Michael Jordan point to his 6-0 record in the NBA Finals, five regular-season MVPs (six in the Finals) and legendary anecdotes as evidence. Supporters of LeBron James bolster their case with statistics accrued over the course of an impossibly long prime, his all-encompassing skill set and four titles won with three different franchises. 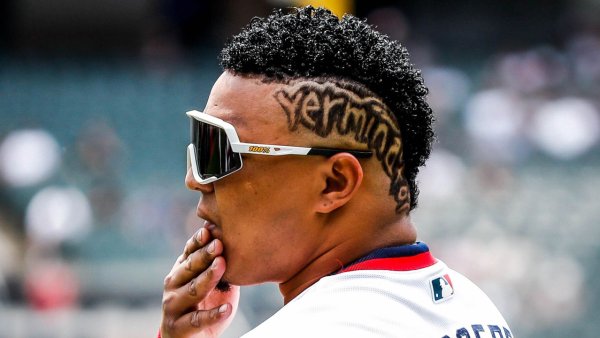 But with the Los Angeles Lakers first-round loss to the Phoenix Suns, which went final with a 113-100 Game 6 loss on Thursday, James’ case took a hit.

That defeat marked James’ first in 15 first-round series in his career. Before this season, he was 14-0 in such series and had never even lost two straight games in a first round. The Suns closed the Lakers out by taking Games 4-6 after falling behind 2-1, putting James in multiple unprecedented positions:

Those are the 2 largest 1st-half deficits in LeBron James’ playoff career.

This is his 266th career playoff game. pic.twitter.com/iCFQjVi4i5

Jordan lost first-round series during his playing days too, though they came early in his career. There was the 3-1 loss to the Milwaukee Bucks his rookie year and the sweep at the hands of the all-time great 1986 Boston Celtics. He fell to the Detroit Pistons in later rounds in three consecutive postseasons before climbing the NBA mountaintop in 1991.

James faced similar tribulations, but that undefeated first-round record was a feather in the cap of his staunchest supporters, one that used to help offset the downside of his 4-8 Finals record. After Jordan’s first title each of his Bulls seasons ended in glory, save for the 1995 second-round loss to the Orlando Magic after he returned from the White Sox’ farm system.

James' playoff resume remains impressive on a legendary level. But as a layer of it loses a touch of its luster, Jordan’s shines as bright as ever.

No doubt this debate will rage until the end of time, especially if James comes back stronger for Year 19 and beyond. But Jordan’s case over him for GOAT lives to fight another day.