The Cubs have taken extra precaution this week in wake of first base coach Craig Driver testing positive for COVID-19. 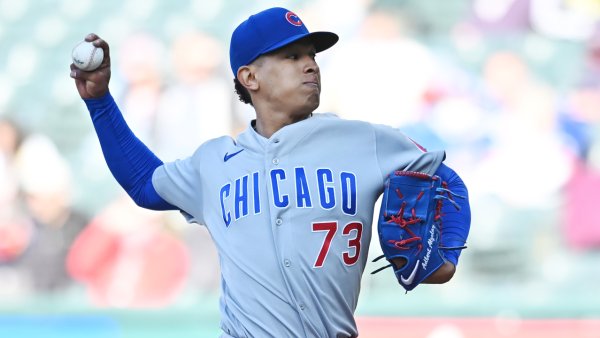 The club announced Driver’s positive test on Saturday, which also marked the fourth consecutive day of testing all Tier 1 personnel. Those tests have all come back negative, manager David Ross said.

Ross said Driver is under the weather but doing OK. The club believes his positive test was an isolated incident, between test results and contact tracing.

But that doesn’t mean the past few days haven’t been mentally taxing.

“You kind of are hoping for the best but expecting the worst,” Ross said. “Luckily, we've come out so far OK and everybody in Tier 1 has been OK, has tested negative.

Driver didn’t make the trip to Pittsburgh this week, and Ross said those who were around him prior to his result coming back were not considered close contacts.

The Cubs were off Friday and Ross said Thursday’s game against the Pirates wasn’t in jeopardy of being canceled. The club feels good about where the situation stands.

“I don't know that I could say that about [Friday], if we would have had to play,” Ross acknowledged of the club’s off day, “but we got all those tests back as the day went on.

“It made us feel really good about where we're at and we tested again [Saturday] and we're going to test again [Sunday].”

The Cubs were the only team in baseball last season not to have a player test positive for COVID-19, a credit to their strict adherence to protocols. But Ross acknowledged how even when remaining diligent, positive tests can happen, and how the Cubs feel fortunate not to have experienced an outbreak.

"I think there’s been a couple eye openers to start the season that, I think around baseball, that should hit home, and understand that this is still a very serious pandemic that we're in," Ross said.

"We have to continue to stay diligent in all that we do and we're at the mercy of this thing a lot of the time."

“You can do everything right and still get it,” Bote said.

Bote noted the Kinexon contact tracing devices, which all teams are utilizing this season, help offer ease of mind. If someone tests positive, the devices expedite the contact tracing process by showing who was around them, for how long and at what distance.

Clubs can loosen COVID-19 restrictions if 85 percent of Tier 1 personnel are vaccinated. The Cubs have not hit that threshold yet.

Bote said conversations about the vaccine are happening within the Cubs’ clubhouse, and everyone is respectful of one another’s viewpoints.

“Each person is going to be different, and everyone has that right to do so,” Bote added.

But while some members of the Cubs are hesitant to be vaccinated, the team is aiming for everyone to get it.

"The more guys we can get vaccinated — really the goal is 100 percent, right? Let’s be honest, the goal should be 100 percent, so that’s what we’re shooting for," Ross said.

"Again, each person has their own views and things, but we’re just continuing to try to educate and encourage them as much as we can to get vaccinated.”