However the NBA structures its bubble awards ballot - say "bubble ballot" ten times fast - Michael Porter Jr. should find his way in in some capacity.

The Denver Nuggets' second-year wing (who's technically still rookie-eligible) has fully burst onto the scene under the bright lights of ESPN's World Wide of Sports Complex. Porter's started all seven of the Nuggets' seeding games so far, averaging 22 points and 8.6 rebounds with 55.1/42.2/93.1 shooting splits in 33.3 minutes per contest. Minutes limits and defensive critiques have melted away with increased opportunity. His outside stroke, effortless athleticism and superhuman length have popped. The training wheels are off. 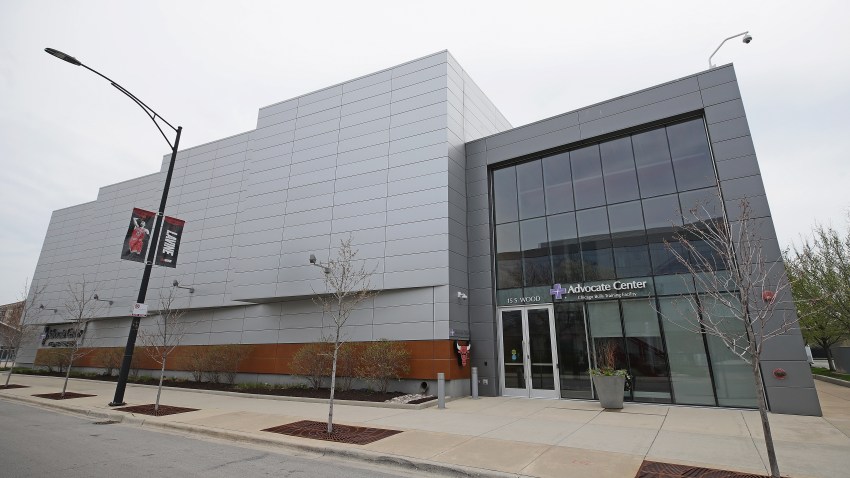 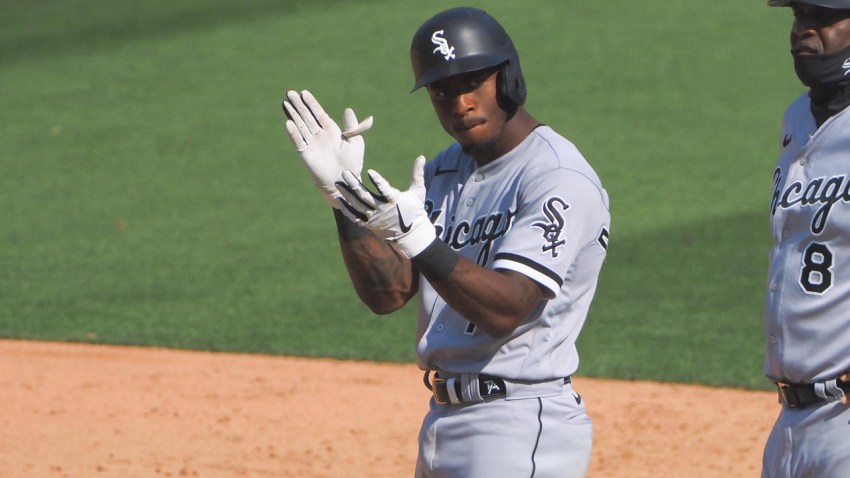 Why White Sox Late Rally in Game 2 Might Win Game 3 Vs. A's

For Nuggets fans, Porter's breakout is a coronation - a long-awaited glimpse at the potential final piece to a deep, talented and precocious roster vaulting to the highest echelon of contention. For basketball fans, the bloom of a potential star is always a thrill.

For Bulls fans, it's pain. Dull, throbbing and all-too-familiar pain.

The answer to why requires a stroll down memory lane, all the way back to the 2018 NBA Draft Combine held in Chicago. Though he didn't participate in any basketball drills, Porter's 6-foot-10, 3/4-inch height and 7-foot, 1/4-inch wingspan wowed for a wing of such innate bounce and tact. Kevin Durant comparisons abounded in the analyst pool. Meanwhile, the Bulls sat in on at least one of Porter's pro days, presumably expressing some level of interest.

And if there was interest from the team side, it appeared to be mutual.

"I feel like I'd fit in great with those guys," Porter said (via Chicago Tribune) of potentially joining the Bulls. "They have a great core, a lot of young, athletic guys. And they're kind of looking for small forward."

Indeed, the Bulls entered the 2018 draft with only Paul Zipser under contract in the way of traditional small forwards. The marriage of fit and talent was all too perfect.

But injury flags stopped Porter from being a slam-dunk selection. After exiting high school the No. 1 prospect in his class, he missed all but three games of his freshman year at Missouri because of back surgery conducted in November 2017. That operation - a microdisectomy of two spinal discs – invited valid questions regarding Porter's durability, both in the long- and short-term.

Despite inarguably owning the talent and skill set of a top five prospect, Porter fell past the Bulls, and 12 others, all the way to the Nuggets at No. 14. He sat out 2018-19 rehabbing his back and, pre-bubble, has been on a gradual ramp-up plan this season. The reasons behind his slip are completely reasonable; still, it's one that has the potential to haunt many organizations for a long time.

The 2018 draft could go down as one of the more talent-flush in recent memory. Also selected in the top 14 that year: already-proven superstars in Luka Doncic and Trae Young, fast-rising wunderkins in Deandre Ayton, Jaren Jackson Jr. and Shai Gilgeous-Alexander, and other incredibly promising talents from Mikal Bridges to Miles Bridges to Collin Sexton and beyond. There are no busts, in the conventional sense, from that lottery. Even Jerome Robinson helped net the Los Angeles Clippers Marcus Morris at the 2020 trade deadline.

So Bulls fans, and the team itself, shouldn't kick themselves too hard about their selection of Wendell Carter Jr. (he belongs in the above paragraph, but I was waiting for the reveal) No. 7 overall.

Yes, Carter has played only 87 games through two professional seasons - just 32 more than the injury-plagued Porter. But his defense has translated to the professional level, as has his advanced basketball IQ and rebounding prowess; already, he's shown the potential to be stalwart at the most important defensive position in the game.

What's more, Carter averaged nearly a double-double in his second season, has proven a better-than-average finisher, and with necessary tweaks, him blossoming into a facilitating hub and outside shooting threat on the offensive end isn't far-fetched. Toning down the team's trapping coverages in the pick-and-roll could revive gaudy shot-blocking figures from his rookie campaign, though Carter can thrive in just about any defensive context.

Subtler skills than that of Porter, to be sure. But valuable, still.

Now, a lot of the above is rooted in projection. Carter has yet to appear in more than 44 games in a season, and those offensive forecasts, specifically, might be optimistic. But lauding Porter requires a level of projection, too. Before the bubble, he had yet to play in 30 minutes in an NBA game, and was averaging 16.4 on the season. Held up against the flashes of brilliance, his development has been and may continue to be painstakingly slow-moving. Injury concerns persist for both, but Porter's are still greater.

Bottom line: Porter's ceiling is astronomical. Higher than Carter's. That's always been the case, and his successes will forever come with a little sting for Bulls fans. But it doesn't make the Carter choice the wrong one.

That won't assuage all, and it's fair if it doesn't. Winning takes star power in this league, and outside of Zach LaVine, the Bulls are sorely lacking in that department. There, Porter could have been a salve down the road. And the process behind the choice - high-floor over high-ceiling, to oversimplify - is emblematic of a front office philosophy the Bulls and its fans are anxious to leave behind.

Which is why, as far as silver linings go, it should register as downright shimmery that the Bulls now employ an integral member of the front office that snared Porter as executive vice president of basketball operations in Arturas Karnisovas. Whatever your opinion on his handling of the Jim Boylen situation, Karnisovas' solid standing in Denver's collaborative, forward-thinking front office is well-documented, especially as a talent evaluator. That front office staffed the Nuggets' current roster, which is dotted with multi-skilled pieces of every variety.

The superstar, Nikola Jokic, was a second-round pick. So was key reserve Monte Morris, and fellow bubble standout Bol Bol. P.J. Dozier, who narrowly missed spearheading an unlikely victory for the Nuggets' backups over the Los Angeles Lakers on Monday, was plucked off the G League scrap heap. Jamal Murray and Porter were lottery picks (Porter being the last in the lottery), but Torrey Craig was an undrafted find. Will Barton and Jerami Grant came aboard via shrewd, if unheralded, trades. Paul Millsap is the biggest free-agent signing in Nuggets history, and on the short list of their best.

Top to bottom, it's a versatile, well-constructed roster - and done in admirable fashion, especially considering the team's ability to retain talent. Porter is the final piece to title contention.

Could he have been that for the Bulls? Possibly. One way or the other, his will be a career of countless variables, and it'll never be entirely possible to say if everything would have broken the same in Chicago.

But if the Bulls' future ends up bright, it'll be pointless to look back.