At just 23 years old, Daniel Gafford appears to have a very bright future in the NBA and he will now be spending more of it in a Washington Wizards uniform.

Gafford and the Wizards agreed to a three-year contract extension worth $40.2 million on Monday night, NBC Sports Washington has confirmed. The new deal will keep him under contract with Washington through the 2025-26 season.

Gafford will earn $1.78 million this season and $1.9 million the next year before his extension kicks in. The news, which was first reported by The Athletic, came as a surprise the night before the NBA regular season is set to begin. Gafford had spoken to the media earlier in the day after practice. 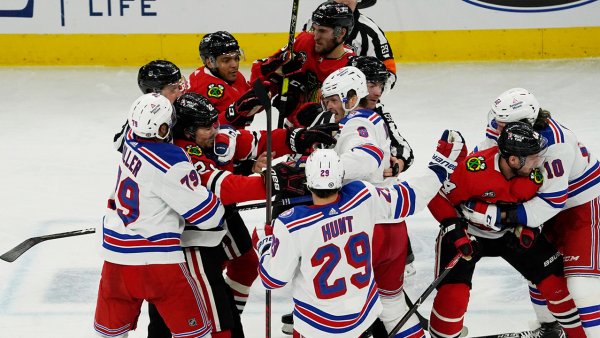 Gafford is setting up to play an important role for the Wizards as their starting center, all while earning a bargain of a contract which he signed in 2019 with the Chicago Bulls as a second-round pick. Now he gets more financial security while the Wizards can take a chance on his future. If he continues to ascend, it could become a team-friendly deal.

It is a practice that has become more common in baseball, but it could make the Wizards look smart down the road. Gafford will be with the team through his age-27 season. If he becomes an elite defensive player or rounds out his game and becomes a star, he could earn a lot more money if he hit free agency at the right time.

Gafford only played in 23 games for the Wizards last season after coming over in a deadline trade with the Bulls. Washington won 17 of them and he helped turned its defense into one of the best in the NBA seemingly overnight.

Gafford looked even better during the brief preseason this month. His trajectory is upward and now his contract has followed suit.