The Cubs and Brewers' Twitter trolling evidently extends to the offseason and across other sports.

The two clubs official accounts have taken playful jabs at one another in recent years, the latest coming during a hypothetical conversation about the Bears and Packers potentially playing a game at Wrigley Field.

Fans discuss that idea on Twitter this week, ahead of the Northwestern Wildcats' Saturday matchup vs. Purdue Boilermakers at Wrigley. 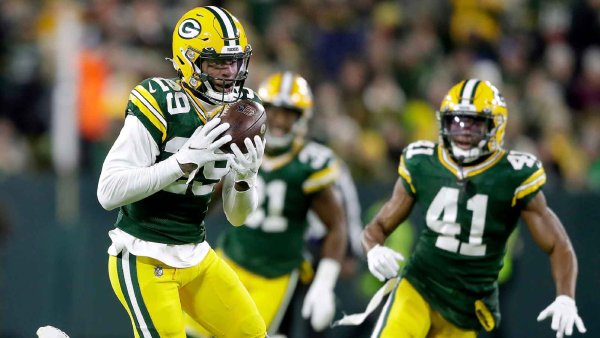 Should really play Packers-Bears in here since it holds just as many people as Soldier Field. This is pretty epic! 🤩 pic.twitter.com/i6jFnHPq0j

Someone pointed out a potential Packers-Bears Wrigley matchup could feature a 50-50 attendance split. Both fanbases would want to attend such a novel event.

At which point the Cubs' official Twitter joined the conversation with an idea — trolling the Brewers in the process.

Considering a fair share of Packers fans live in the Chicagoland area, an Illinois-only presale event in this hypothetical scenario may not do the trick.

In any case, the NFL's charter franchise returning to Clark and Addison for a game could be a lot of fun. Wrigley is no stranger to Bears football; they played home games there from 1921-70.

Wrigley has about 20,000 less seats that Soldier Field, but the ballpark's recent renovations have opened the door for football games.

Although Northwestern and Illinois played there in 2010, they only used the west end zone due to spacing limitations against the right field wall.