What it’s like to be traded in the “Wubble,” as told by Stephanie Mavunga originally appeared on NBC Sports Chicago

The whirlwind path that eventually led Stephanie Mavunga to the Chicago Sky began with an elbow. An unintentional one, levied by Lexie Brown on Aug. 7, but a blow that broke Mavunga’s nose in the Indiana Fever’s sixth game of the season.

On Aug. 9, the Fever declared the injury a fracture requiring surgery. Within days of that announcement, Mavunga was back in Indianapolis, outside of the WNBA’s bubble campus at IMG Academy in Bradenton, Fla., to seek out team-referred medical attention; her reparative surgery went without a hitch on Aug. 14, followed by close to a week of idle recuperation. “Seven days of Netflix and chill,” as Mavunga put it. 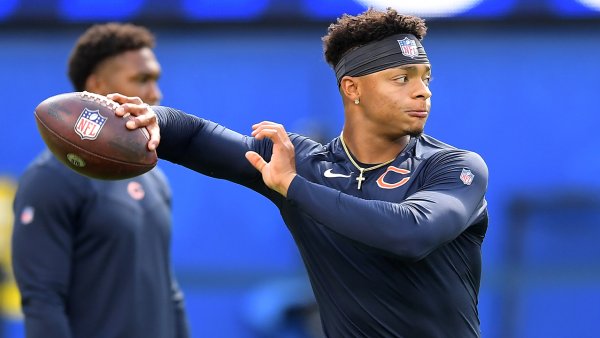 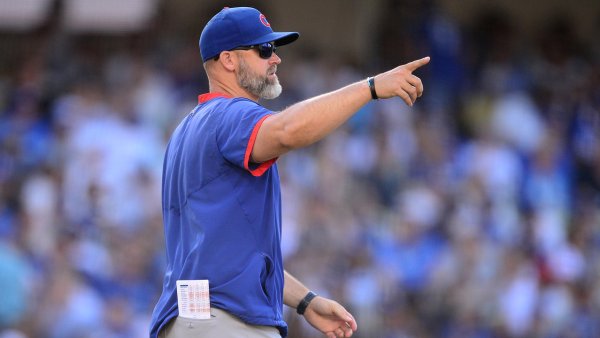 In fact, at her next checkup, Mavunga said doctors suggested she might not be cleared to play again in the 2020 season. But that idea didn’t last long. Soon, she had a custom-fitted plastic facemask — a condition for her returning to the court — and was on her way back to Bradenton. Upon arrival, she was set to self-quarantine and undergo daily COVID-19 testing for a week at the SpringHill Suites hotel, roughly 15 minutes outside IMG, before rejoining the Fever.

Then, the call from Indiana vice president of basketball operations Tamika Catchings came. Mavunga had been traded to the Sky in a move that netted free-agent-to-be Jantel Lavender and two draft picks. Lavender will miss all of 2020 after foot surgery in June.

“There's pros and cons to being traded. You get so close with your old teammates and you get used to a system and this, that and the third. But then you leave and you're able to go to a new team and make, and build, great relationships as well,” Mavunga said. “I'm really just excited, I'm really happy to — wow — I'm really happy to be wearing this blue and yellow.”

That excitement, though, initially had to be tempered. In a season taking place amid the COVID-19 pandemic, the typical processes that go with such transactions are stilted. While news of the trade broke Friday, Mavunga’s mandatory, off-campus self-quarantine ran through Wednesday, leaving her cooped up, having not picked up a basketball in weeks and soaking in the natural nervousness that comes with joining a new group for days on end. All while the majority of her belongings were still in the villa she resided in as a member of the Fever (as of Wednesday, Mavunga was still staying in SpringHills and said she had some items to retrieve before possibly moving into a Sky-sanctioned villa with Sydney Colson and Kahleah Copper).

Mavunga said she kicked the quarantine blues by getting in some solo workouts at the hotel, poring over scouting reports to get acquainted with the Sky’s system and continuing her active role in multiple Bible study groups. She watched avidly as Courtney Vandersloot broke the WNBA record for assists in a game — against her former team — just two days after the trade, rooting the Sky along all the way.

“Great team basketball win,” Mavunga said in her first comments to reporters on Wednesday. “Shoutout to Sloot, 18 assists. Wow. And I was so excited as if, like, she had been my teammate the whole time.”

Still, Mavunga said a twinge of nervousness persisted through late Tuesday, the night before joining the team in person for the first time. Luckily, she’s been here before. After her sophomore year at North Carolina, Mavunga transferred to Ohio State for the final two seasons of her collegiate career, and has had successful overseas stints in Russia — with Enisey Krasnoyarsk (2018) and Dynamo Kursk (2020) — and in France with Basket Lattes Montpellier Agglomération (BLMA hereafter) in 2019. Scenery changes dot her basketball career.

With BLMA, specifically, she played under general manager Edwige Lawson-Wade, who is married to Sky coach James Wade, and alongside Gabby Williams.

Mavunga described her bonds with the Wades and Williams as familial. Her and James met for the first time competing against one another in Russia, where Wade coaches in the offseasons, after Mavunga’s rookie year in the W. Mavunga even said Wade endorsed her game to Edwige when the latter was considering signing her for BLMA. The three shared brunch together at Wade's home in France after Euroleague action was curtailed due to the pandemic earlier this year. Not as basketball minds, but friends.

“I think I stayed over there for about two hours, and we just had conversations about all kinds of things. And then ever since then it's just kind of like family,” Mavunga said. “And then now I'm playing here. So it's funny how things work.”

Williams, who Mavunga affectionately calls “Sis” and “Gabe,” was the first to text her upon the news of the trade to welcome her, check in and, jokingly, brainstorm some nickname ideas, given that Mavunga is the second Steph/fanie on the team along with Stefanie Dolson (“Smavunga” and “Mav” have emerged as leading candidates). Mavunga and Williams grew close playing together for BLMA.

“When we see each other it's always smiles, it's always laughs. But yeah that's my girl,” Mavunga said. “She texted me (the night before Mavunga’s first practice), I was like, 'You know, I'm nervous, I really want to fit in well.' And Gabby just told me: 'All you gotta do is be you.’”

By all accounts, Mavunga took that advice to heart in her first practice with the team. Those pre-existing bonds helped, as did her commitment to listening to and absorbing everything from X’s and O’s to the team’s dynamic chemistry.

“I'm quick to listen rather than speak, initially. And I just want to learn the program, I want to make sure I'm fitting in, I'm not stepping on any toes, and just being really respectful,” Mavunga said. “Listening to all the other players who have been around for longer than me even if they're young. For example, I remember I was asking today (rookie forward) Ruthy (Hebard) questions. We play the same position, so I was asking her questions. And it doesn't matter your years of service in the league, you can always learn something from someone else.”

“She seems very social, talkative,” Dolson said after that practice. “It's good to have another voice. We all know that we were a little low on bodies, so having her come in, we kind of threw a lot at her this morning. But she seems to take it in stride and just was willing to learn and work hard.”

That translated to the media room, where Mavunga answered a question about her injury restrictions by offering reporters a breakdown of the design of her facemask, off the cuff:

"I'm full of personality. I'm just really outgoing. I like to make everyone feel comfortable. And so whether that's with laughs, with jokes, whatever, I just want to make everyone fit in," Mavunga said. "I like to kind of just bring people together."

Those qualities permeated her time with the Fever, where she built steadfast friendships across the team. And those relationships don’t end with the trade. Even though the Sky and Fever have finished their head-to-head matchups for 2020, the nature of the WNBA’s college-vibed campus means run-ins with new foes — and old friends — are plausible, if not likely. In her first day “free” from quarantine, Mavunga said she bumped into Kennedy Burke and Julia Allemand, two old Fever teammates, on the go. But, of course, it was all love.

While acknowledging the challenges of picking up a new playbook in the flow of a season, and amid a flurry of logistics, she added: “The thing I can say about them (the Sky), even though I haven't really got to play with them on the court thus far, is they do a really good job of being welcoming. Sharing the ball amongst one another, and they gel so well. The chemistry is unbelievable."

With introductory pleasantries in the rearview, focus now shifts back to basketball. And the Sky is at an urgent impasse in its season. That’s a component Mavunga expressed particular excitement about.

“‘I want you to play your game, I want you to be free,’ and he kept saying: ‘No pressure, no pressure,’” Mavunga said of her first sit down with Wade. “But what really stood out was him saying that, 'I'm going to push you.' And so I'm really excited to get going under him, to kind of learn their style of play and their system, and just try to do whatever it is that I can do.”

Mavunga’s debut for the team, in which she played five minutes and scored one basket, ended in a hard-fought 86-83 loss to the Minnesota Lynx wherein the Sky nearly clawed back from an at one point 18-point second-half deficit. The defeat pushed the Sky 1.5 games back of Minnesota for the No. 4 seed in the playoff picture.

After the game, Wade said he envisions Mavunga carving out a role as she gets further acclimated because of her rebounding (she’s averaging a career-high 3.3 rebounds per game in 2020) and floor-stretching ability. The Sky currently have nine players on the active roster after the recent losses of Azurá Stevens (knee injury) and Diamond DeShields (personal), who left the bubble over the weekend.

“He (coach Wade) told me to go in there, get rebounds, set solid screens, play good defense and when I'm open, you know, take the opportunity,” Mavunga said. “And so I'm going to do just that, really focusing on anything that I can do for my teammates, trying to be really active on the glass, and then being really active defensively, starting there.”

It was a long road to get here, and a tough result in the debut. But down the stretch of a season at an inflection point, the Sky will hope that has an impact.