"The relationship has gone really well," Boylen told Jack Doles of WOOD-TV, an NBC affiliate in the coach's hometown of Grand Rapids, Mich., with a question and local angle given to Doles by sister station WGN-Ch. 9 in Chicago. "We communicate every day. I think they understand where we were, what we're trying to get to. They've been very supportive and collaborative. It's a process to build this team into what it can be. I just like the fact that we have a relationship already. It's never perfect. Nothing's perfect. You just work at it. Tell the truth. You get your guys to play hard. That's what we're trying to do." 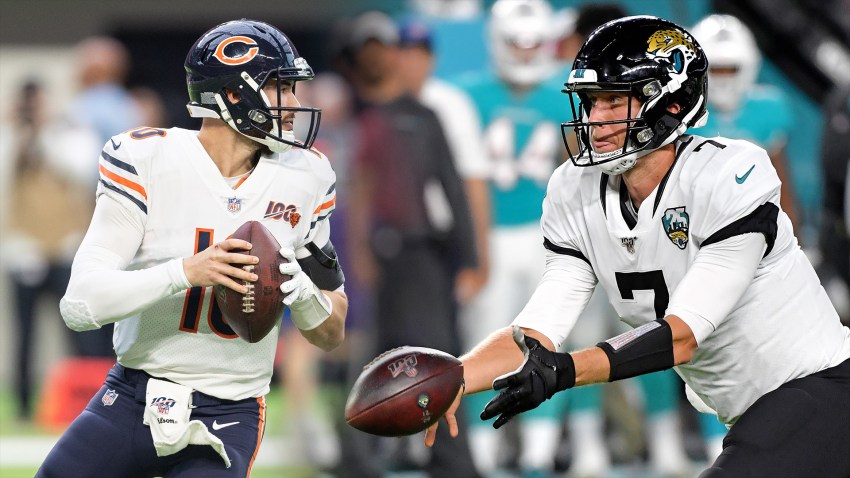 Is Blackhawks' Round One Strategy Playing Into Vegas Golden Knights' Hands?

Boylen spoke after giving a speech at a Unity in the Community event in Grand Rapids in which he continued to show support for social justice and addressing racial inequity. Last month, Boylen participated with Wendell Carter Jr. and other Bulls staffers in a Juneteenth march in Grant Park. And Karnisovas said on a conference call with reporters that Boylen has been vocal in team Zoom discussions on the issues.

"I just think we have to tell the truth. We can't cover things up. We've made mistakes. We've got to own up to those mistakes," Boylen told the Grand Rapids TV station. "It's a difficult time. It's raw right now and it should be. I'm just hoping we can use this moment to be better, all of us."

"I just like the fact that we have a relationship already. It's never perfect. Nothing's perfect. You just work at it. Tell the truth." @WGNNews https://t.co/jf4TOepOhx

As for Boylen's future, Karnisovas has empowered Boylen for now, although plenty of speculation about his long-term fit exists. Karnisovas has asked for Boylen's input on player development strategies and potential hires in that department. The front office and coaching staff also have had multiple meetings about the current roster as well as draft and free agency discussions.

Publicly, Karnisovas has made it clear he wants to get to know Boylen and his staff and also watch him in action before making a decison on his future. The NBA and NBPA are discussing possible holding a second so-called "bubble" for the eight teams, including the Bulls, not invited to the NBA's restart in Orlando, Fla. That bubble almost certainly would take place in Chicago and would give Boylen and his staff an opportunity to work in a developmental phase with players for Karnisovas and Eversley to view.

Boylen and his staff are operating as if they'll return for the 2020-21 season, which is how coaches are wired. Boylen has two years remaining on his deal and has a strong relationship with ownership.

"We have a young team," Boylen told the Grand Rapids TV station. "We were 23 1/2 years old. We had an injury-laden season. We need to play. We need to compete. We played very hard. We were a hard-playing team, but we want to keep that edge going into next year. It's hard to do that without the competition part of it. We're hoping we can have some of that."