NEW YORK --- Think back to some of the critical plays that didn’t feature scoring in the Bulls’ gritty victory over the New York Knicks.

At the center of them all? Alex Caruso. 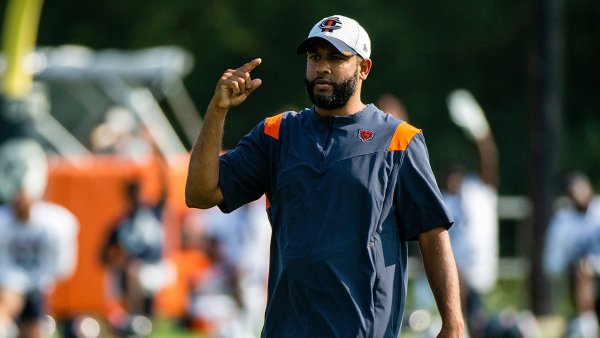 “Through the course of the game, I just try and win each possession,” Caruso said Friday before the Chicago Bulls’ light workout in advance of Saturday’s showdown with the Nets. “If you have that mindset of being present---win each possession---I think they’ll eventually add up. You win enough of them, you win the game.”

It always comes back to winning for Caruso. So, for now, table talk of him making his first All-Defensive team, even if he does lead the NBA with 2.3 steals per game and total deflections with 85.

“I mean, at the end of the day we’re all humans. We’d like to be rewarded for things we do well, specifically doing jobs that are hard to do. But there’s a lot of season (left),” Caruso said. “If I start thinking about that, then I kind of get away from what brings me so much success, which is what I talked about. Staying present and try and win each possession.’’

To say Caruso has fit the new-look Bulls is like saying Gibson lost his cool after Caruso drew back-to-back offensive fouls off Gibson screens within a 24-second, first-quarter span. Fittingly, Zach LaVine buried a jumper in between the Knicks’ possessions---another example of Caruso’s defense leading to Bulls’ offense.

In all, Caruso drew four offensive fouls to go along with his four steals. His biggest came with 56.4 seconds left and the game tied. Stripping Randle from behind, Caruso led the ensuing fast break that led to Evan Fournier fouling LaVine for two made free throws that nudged the Bulls ahead for good.

Caruso finished with six points, six rebounds and six assists. But his plus-21 led the Bulls by a wide margin over LaVine’s and Nikola Vucevic’s plus-7.

“He’s a dog, man,” DeMar DeRozan said. “There’s times we look at the stat sheet after games and he’s like four or five steals. Just the energy he brings defensively, it triggers us because we try and live up to the standards that Alex is going to bring. It’s incredible the things he does defensively. If Shaq [O’Neal] was playing, he would try and figure out how to guard him.”

Sitting next to DeRozan, LaVine smiled.

This comment recalled the time Caruso fielded a light-hearted question about guarding Lakers star Anthony Davis the night after he drew the Clippers’ Paul George.

“Not by myself,” Caruso said that night in Los Angeles.

But notice he didn’t back down from the potential challenge.

As Caruso likes to say himself, he possesses a certain naivete about his basketball capabilities. In other words, he refuses to believe he can’t accomplish something with the proper amount of work, basketball IQ and attention to detail.

Caruso credited ex-Bulls guard Rajon Rondo, his teammate on the Lakers, for helping him form this unwavering belief in himself.

“Him and Bron (LeBron James) are two of the most competitive people I’ve been around. Rondo turned everything in practice and on the plane playing cards; he just needed something to stimulate his competitiveness at all times. That’s something that I really took from him,” Caruso said. “And then really, just his unwavering belief in himself.

“Being around those guys that championship year, obviously we had a really good team. So we were confident in ourselves. But there was no moment in the game where I ever saw (Rondo) get worried or think that he couldn’t find a way to make it happen. And I kind of have that same sense of belief in myself.

“And then just learning the game. There are so many things that I’m trying to incorporate into my game as far as ball fakes and using your eyes and using body language to set up defenses and set up offense that he’s elite at and has been doing for a long time. It’s stuff that I’ve tried to rub off in my game a little bit.”

In many ways, Caruso is that classic irritant. He creates the chaos and then quickly moves on. Asked what he thought about Gibson’s ejection, Caruso said he hadn’t yet seen if they were illegal screens. He just moves on.

In fact, Caruso said he takes more of “the Tim Duncan approach” where he doesn’t say much to opponents on the court. He does talk to officials. But he plays with emotion and passion while not being a trash talker.

After all, there are defensive coverages to communicate to teammates.

“The stuff that I do isn’t always glamorous. It doesn’t always get highlighted,” Caruso said. “You might have seen a dunk or two over the year, like a pass to LeBron or AD [Anthony Davis]. But stuff I do isn’t sexy. It’s stuff that wins basketball games. That's what I love doing, winning.”