We knew Fields was a tough cookie when the Bears drafted him, but wow, he really showed his mettle on Sunday. Fields took a beating against the Raiders, especially in the first half, and even had to exit the game briefly to work on an ankle injury. But he gutted through the pain, was able to finish the game and made several clutch plays in the process. No play was bigger than the dart Fields threw to Darnell Mooney on 3rd-and-12 to convert an essential first down midway through the fourth quarter. In all, Fields took two sacks, six QB hits and a few roughing the passer penalties too. 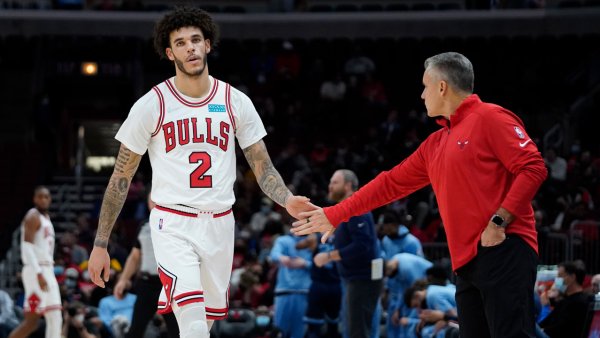 The box score wasn’t eye-popping, but Fields helped the team improve on 3rd down (6-13) and led long drives to help ice the game.

Going into this game, we knew it was going to be important for the Bears to stick with the run game, even with their bellcow back out with a knee injury. And instead of asking Fields to pick up the slack himself, the Bears got creative with ways to help bolster the run game instead. Bill Lazor brought in Alex Bars as an extra lineman several times, we saw more three-tight end sets and Ryan Nall was even brought in to act as a lead blocker once. Williams and Herbert deserve credit for running patiently behind their blocks and making defenders miss too. The duo combined for 139 yards on 34 carries, plus a touchdown. The only gripe was the Bears failing to convert on two 3rd-and-1 plays on the ground, but overall the run game worked well and contributed to the Bears winning the time-of-possession game 32:02 to 27:58.

BEND DON’T BREAK IS BACK AGAIN

One of the bigger developments for the Bears’ defense recently has been their ability to keep their opponents out of the endzone, despite giving up chunks of yards. They did it again against the Raiders, limiting them to nine points on 259 yards. They were also 1-2 in goal-to-go situations. Two keys were good 4th-down defense, where the Raiders went 1-3, and creating takeaways. The run defense was particularly good in the red zone, and third and fourth down scenarios too. The Bears did surrender one touchdown midway through the fourth quarter, but a series of penalties一 including Mario Edwards Jr.’s boneheaded unnecessary roughness, and a questionable flag on Roquan Smith一 gave the Raiders ample chances from inside the five-yard line. Khalil Mack’s second sack of the game on the Raiders’ two-point conversion try was important to preserve the Bears’ five-point lead. They never looked back after that.