The Chicago Bulls entered their first-round playoff series with the Bucks as heavy underdogs.

A 93-86 road defeat in Game 1, then, stings. The Bulls trailed by three points inside the final minute, but had a tip-in by Nikola Vučević rim out and a game-tying 3-point try by Zach LaVine skew wayward while Brook Lopez floaters kept the defending champs afloat.

“They made a couple more winning plays than we did at the end,” LaVine said of Milwaukee.

Whether the defeat is remembered as an excruciating missed opportunity or a foreshadowing of a competitive series to come remains to be seen.

In the meantime, here are five observations: 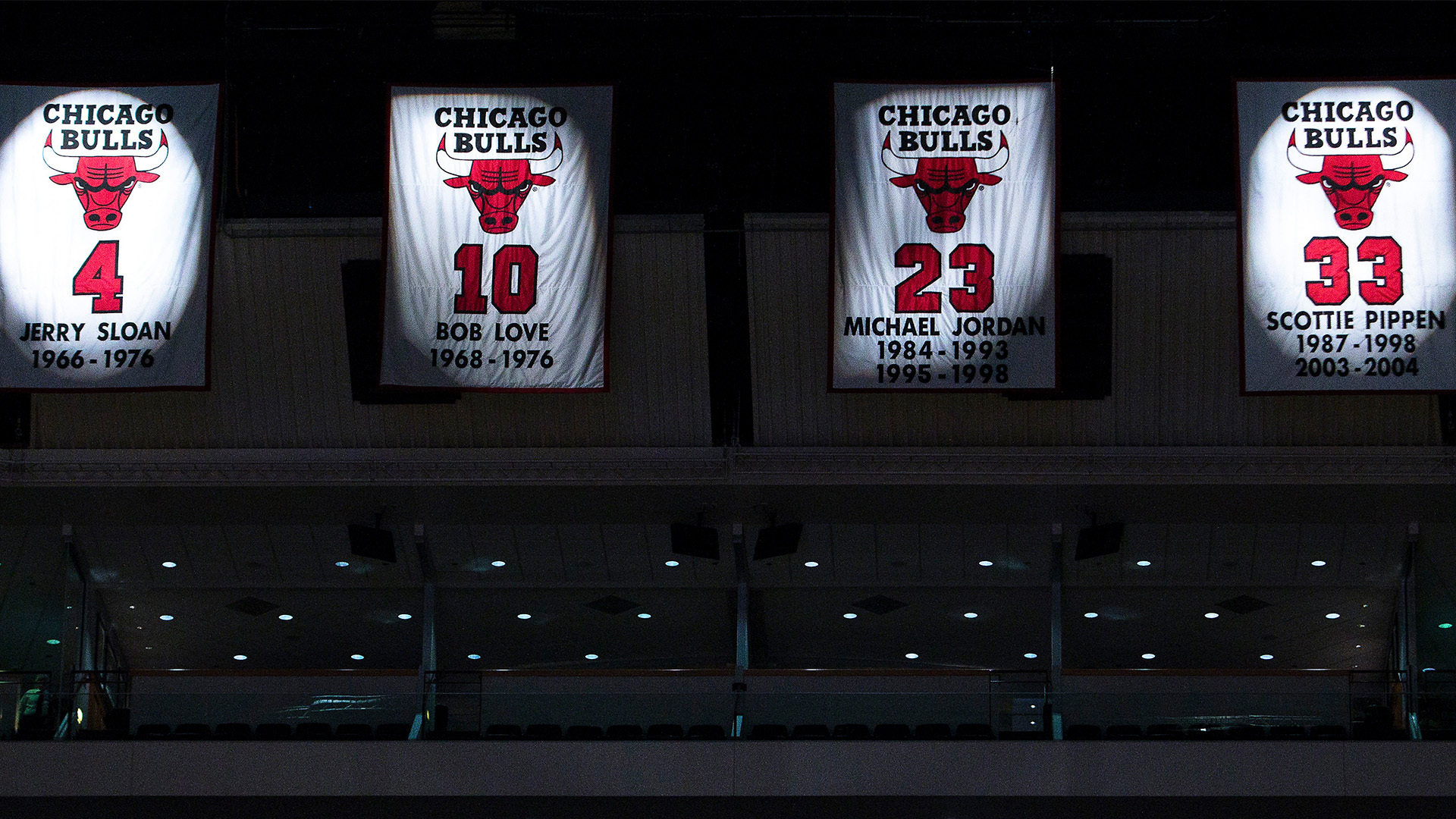 Which Chicago Bulls Numbers Are Retired?

The Bucks wasted no time asserting their dominance in this one, jumping out to a 9-0 run to start the game and force a Billy Donovan timeout after 93 game seconds. That deficit grew as high as 16 in the first half, but the Bulls responded in encouraging fashion, winning the second quarter 22-17 to trail 51-43 at halftime after losing the first 34-21.

More encouraging: That run not only continued, but intensified, in the third quarter. First, it was LaVine pouring in seven points and making his first three field-goal attempts. Then, when he exited due to foul trouble, Vučević stepped up and scored eight straight points to pull the Bulls from down 64-56 to level. Up next was Coby White, who drained a 3-pointer and layup to push the Bulls ahead 69-64.

Those three combined for 26 of the Bulls’ 28 third-quarter points, which outpaced the Bucks’ 23. Although Milwaukee finished on a 10-2 run, the host’s 74-71 lead entering the fourth was hardly commanding. It marks a departure from these teams’ last two regular-season matchups, when early Bucks runs snowballed into blowouts.

“We didn't give up,” LaVine said. “Before (in previous matchups with the Bucks), early on, there are certain points of the game we would hang our head. We had good talk (tonight). Everyone was encouraging each other.”

The momentum of the game nearly swung when LaVine picked up his fourth personal foul at the 6:42 mark of the third quarter. Trailing 62-56, the Bulls guard streaked out for a fastbreak layup, but Khris Middleton slid in to draw a charge — a bang-bang play which Donovan decided not to challenge, but ultimately turned into a four-point swing when Giannis Antetokounmpo flushed home a dunk at the other end.

“Our guys behind the bench thought it was a charge,” Donovan said after the game. “So I didn't bother challenging it. I thought about it, but with the way the game was going, to lose a challenge and not have it potentially at the end of the game, I just didn't feel like it.”

The Bulls’ run continued after LaVine’s exit, but that foul, plus picking up his fifth contesting a Bobby Portis putback early in the fourth, limited him to 14 second-half minutes after playing 22 in the first. LaVine missed all six of his field-goal attempts in the fourth quarter, including a pull-up 31-footer with 29.7 seconds left that would have tied the game 89-89.

“It didn't take me out of rhythm,” LaVine said of his foul trouble. “It just took me out of the game when I didn’t want to.”

LaVine wasn’t the only star in the game to threaten the six-foul limit, though. Antetokounmpo also picked up his fifth early in the fourth — at the 8:14 mark, to be exact — after Alex Caruso slid in to draw a charge as he attempted a drive late in the shot clock. That was significant because the Bucks, at that juncture, were plus-16 in Antetokounmpo’s minutes and minus-15 with him off the court.

Bucks coach Mike Budenholzer was then forced to oscillate Antetokounmpo in and out of the game down the stretch. Although Antetokounmpo went scoreless in seven fourth-quarter minutes, he narrowly avoided fouling out when Patrick Williams was called for a loose-ball foul that could have easily been an over-the-back with 2:05 left.

“I thought it was over the back, but that was from my angle,” Donovan said. “I think one of the things that we have to do in these playoff games is we have to move to the next play.”

how is this a foul on patrick williams giannis literally jumped on him pic.twitter.com/1T0NKRJ9RU

The 3-point line loomed as an X factor entering this series. The Bucks allowed by far the most opponent 3-point attempts per game this regular season, while the Bulls took by far the least — and after their All-Star break, saw their percentage crater.

Neither team could hit the broad side of a barn from long range in this one. The Bucks finished the contest 10-for-38 (26.3 percent) from beyond the arc, the Bulls 7-for-38 (18.9 percent), which added up to a decidedly un-modern 17-for-75 shooting line between the two.

“I don’t know what the hell was going on. Probably the week off. It just wasn’t me,” DeRozan said of his shooting struggles. “Every shot I took felt good. I guarantee me, Zach or Vooch aren’t gonna miss that many shots again. We just gotta keep what we did defensively up and take that to another level.”

But on the flip side, many of Milwaukee’s 28 missed 3-point attempts were clean looks by capable shooters, while the Bulls’ track record from long-range is less assured. What’s certain is these looks are going to be there for the Bulls — and Vučević, specifically, who shot 2-for-10 from deep — all series, and they’ll need to make more.

Donovan and DeRozan each credited the Bulls’ defensive intensity as a key factor in being able to stay in the game after a sluggish start.

“We were on a string tonight. We worked extremely hard all week on coming together, communicating, understanding assignments,” DeRozan said. “And tonight we came out and showed it. We were all over the place helping one another, reading plays before it happened.”

And it’s true. The Bulls forced 21 Bucks turnovers in this one and scored 15 points off of them. Ten of those turnovers came by way of steals — DeRozan, Caruso and Williams each had multiple — and 16 were attributable to the Bucks’ Big Three of Middleton (7), Antetokounmpo (5) and Jrue Holiday (4). As a team, in fact, the Bulls drew three offensive fouls on Antetokounmpo.

“I thought our guys were physical,” Donovan said while acknowledging Milwaukee missed some open looks. “The thing that I enjoyed tonight about our team was I thought we put our body and our noses and our faces in plays.”

Holding the league’s third-rated regular-season offense to 93 points is an encouraging start to a series the Bulls will need to make grimy in order to have a chance. But the formula must sustain.

DeRozan (43), Vučević (39) and LaVine (37), even while fighting foul trouble, each cleared 37 minutes. Donovan turned to Derrick Jones Jr. at multiple junctures — once in an uber-small frontcourt pairing with Javonte Green (which was a plus-2 in roughly two minutes of action), and again in the second half next to Vučević.

But the biggest ripple was the near exclusion of Ayo Dosunmu. The rookie guard averaged 32 minutes post-Christmas, and hadn’t played fewer than 10 in a game since late-November before logging nine in this one.

That, in addition to the strong play of Jones Jr. and White (12 points, two 3-pointers) led Donovan to make the adjustment.

Next up: Game 2 on Wednesday.