They exited with a much-needed 117-104 victory that featured big scoring outings from DeMar DeRozan and Nikola Vučević, and some opportunistic playmaking down the stretch.

“Last couple games, not having guys, getting out butt whooped,” DeRozan said, “We knew we had to make up for it.”

1. The Bulls exited an uneven first quarter trailing 29-24, but it was DeRozan to the rescue in the second. 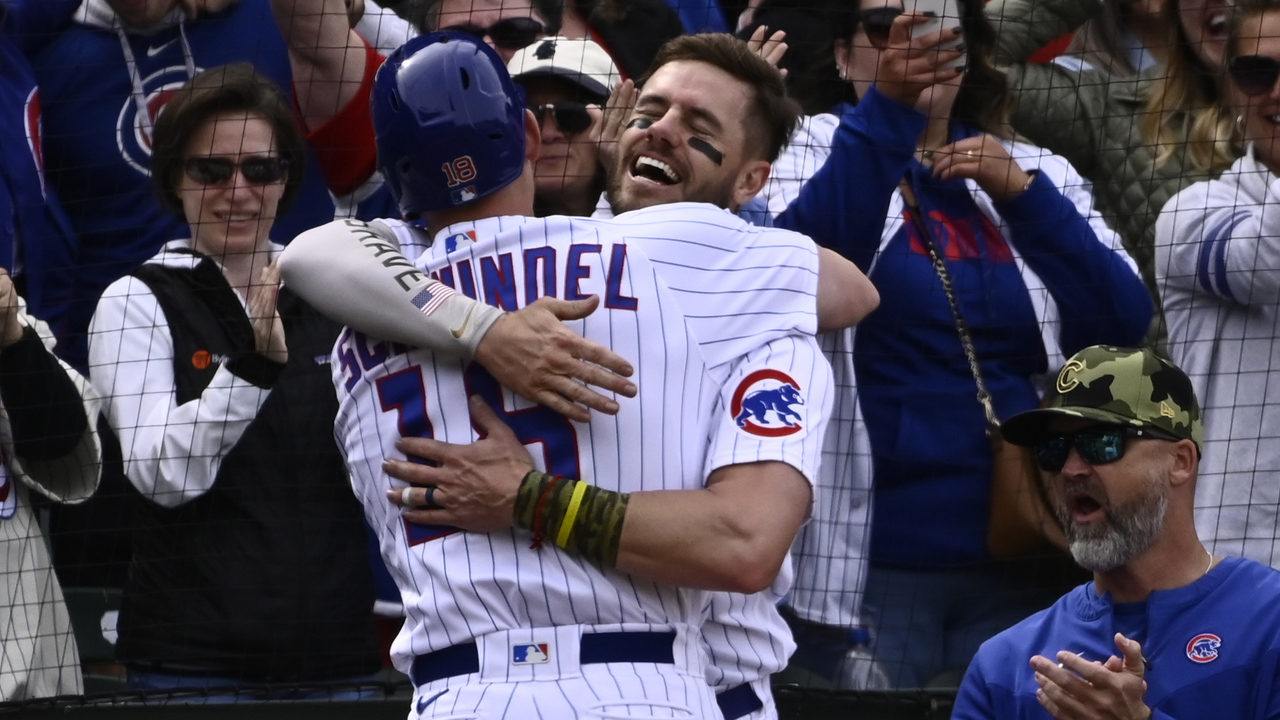 In that period, which the Bulls won 34-20 to build a nine-point halftime lead, DeRozan scored 16 points on sublime 7-for-10 shooting, burying everything from midrange fallaways to contested runners. He had a game-high 18 points at the break, then book-ended the third quarter with an and-one layup at the front, and buzzer-beating fallaway at the back, to take 22 points on 10-for-15 shooting into the fourth.

That final period belonged to him too. DeRozan led the closing charge with eight points in the final period, and a typically healthy diet of midrange pull-ups. His 30 points on 14-for-24 shooting makes 10 30-point games on the season, and the win makes the Bulls 18-3 when he scores more than 25.

2. Don’t lose in his splendid shotmaking, though, the seven assists DeRozan handed out, many of which were generated out of drive-and-kick actions. He also dimed up two critical corner 3s in the fourth – one to Ayo Dosunmu that made the score 106-102 after the Cavaliers cut an 11-point deficit to one, and a near-game-icing Vučević bucket that made it 111-102 with 2:27 to play.

“Me six years ago, I probably would’ve tried to shoot 40 times and feel like that was needed to get a win,” DeRozan said of his mentality with so many key players still out. “My mentality is just different, understanding I need every one of those guys out there. I lean on them just as much as they lean on me.”

3. Vučević engineered quite the bounceback performance after a moribund 2-for-13 shooting game in Memphis – and, crucially, he did much of his damage on the interior.

Of Vučević’s 24 points on 11-for-21 shooting, 16 (8-for-9) came in the restricted area, which helped the Bulls establish a 58-46 paint-point advantage despite the Cavaliers’ monstrous frontcourt of Jarrett Allen, Evan Mobley and Lauri Markkanen.

In fact, Vučević was just 1-for-8 on shots outside of the paint – 0-for-4 from 3 – until the aforementioned triple at the 2:27 mark of the fourth. A rare fiery scream afterwards said all you need to know about his personal frustrations with his inconsistent play this season.

Then, for good measure, Vučević blocked Allen at the rim at the other end after a Cavaliers timeout, and buried another triple in the final minute. He was his All-Star self in a matchup the shorthanded Bulls badly needed him to be.

4. Alex Caruso returned from roughly six weeks in and out of the lineup with two injuries – a hamstring strain and sprained foot – and a stint in health and safety protocols to play 23 minutes, right in the middle of Donovan’s desired limit of 22-to-24.

While Caruso’s 11 first-half ticks were uneventful (he shot 0-for-4), he ignited the United Center with a scrappy four-possession sequence in the third quarter which featured a corner 3 to put the Bulls ahead 83-74, an offensive-foul-draw on Jarrett Allen fighting through a screen, a driving layup to make it 85-74, then a forced travel on Kevin Love pulling the chair out in the post.

He also submitted this highlight chasedown swat early in the fourth, and closed the last meaningful minutes of the contest, finishing a game-high plus-18.

Alex Caruso is back and he wants BLOOD pic.twitter.com/IgFlQnMA1Y

5. Perhaps not so coincidentally, the Bulls got back to their opportunistic identity by scoring 24 points off 15 Cavaliers turnovers, while giving away just 10 cough-ups of their own (and none in that paradigm-shifting second quarter).

6. Eight of Coby White’s 14 first-half points came at the rim on perfect 4-for-4 shooting – and multiple of those finishes were either well-contested or required White to use his body to generate separation. This is a big step from when his finishing was a question mark in his first and second NBA seasons.

While there was some regression in the second half – he finished with 16 points and went 0-for-3 at the rim in quarters three and four – head coach Billy Donovan highlighted his improved poise as a driver and decision-maker after the game. Plus, White was active in passing lanes en route to four steals at the defensive end.

In all, it marks White’s 13th straight game in double-figures, and a continuation of him filling in capably for Lonzo Ball at the starting point guard spot.

7. Add in another efficient shooting night for Ayo Dosunmu – 18 points while making seven of his eight attempts – and the Bulls’ makeshift starting backcourt combined for 34 points, 11 assists (against two turnovers) and six steals. Dosunmu had eight of those assists, and is now averaging 18 points, 7.7 assists and shooting 76.7 percent in three games since entering the first unit.

With Ball and Zach LaVine out at least through the team’s upcoming three-game road trip, expect more of this blossoming tandem moving forward.

“Those two guys playing with each other has been good, considering we haven’t really had the chance to do it a whole lot,” Donovan said of the White-Dosunmu backcourt. “Both of them are unselfish, both of them get downhill.”

8. Alfonzo McKinnie started his third consecutive game at power forward, but appeared to fall out of the rotation by game’s end. Troy Brown Jr. started the second half in his place, then recent two-way signing Malcolm Hill received a two-minute stint at the beginning of the fourth quarter.

Tyler Cook, who’s missed the team’s last eight games, was also available, but logged a DNP. Donovan said postgame he considered starting Cook at the power forward spot in the third quarter, but he opted for Brown Jr. in favor of scoring and floor-spacing.

9. Donovan's assessment, made in an effort to not break the Bulls’ offensive rhythm by drawing Vučević away from the basket (Cook does all of his scoring at the rim), was sound. The Bulls’ 117 points came on 54.2 percent shooting, and Vučević’s strong play endured throughout.

10. Lauri Markkanen may have had revenge on his mind during his first regular-season game at his old stomping grounds. He scored a season-high 28 points on 9-for-14 shooting, showing off everything in his offensive repertoire, from quick-fire 3s to cutting dunks, including one on the game’s first possession. He even stroked a fallaway midranger over a smaller Brown Jr. in the third quarter.

Next up: At the Milwaukee Bucks on Friday.