"As you can see from the photo, the noose was real, as was our concern for Bubba," NASCAR President Steve Phelps said

NASCAR on Thursday released a photo of the noose found in Bubba Wallace's garage Sunday and said it was "real."

NASCAR President Steve Phelps said Thursday, "As you can see from the photo, the noose was real, as was our concern for Bubba."

In a teleconference with reporters, Phelps said, "Based on all the video and photographic evidence and all the interviews, we were not able to determine who crafted the noose."

The photo's release comes two days after the FBI concluded that Wallace, the only African American driver in NASCAR's top series, was not a victim of a hate crime as the "garage door pull rope fashioned like a noose" had been positioned there since as early as last fall. 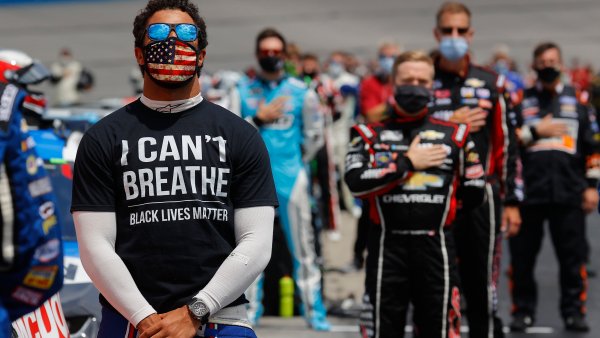