In Emotional Speech, Crying Michael Jordan Says When Bryant Died, a Piece of Him Died

Tears streaming down his face, Jordan jokingly acknowledged that he had been hoping he wouldn't cry because he'll " have to look at another crying meme"

For years, people have been comparing Michael Jordan and Kobe Bryant as basketball players. But for Jordan, they were more than players and adversaries - they were brothers.

"Maybe it surprises people that Kobe and I were very close friends, but we were very close friends," Jordan told a crowd Monday at the Staples Center during a memorial service honoring Bryant, his daughter Gianna and the other seven victims lost in a helicopter crash in California on Jan. 26. "Kobe was my dear friend. He was like a little brother."

Jordan recounted the times Bryant would call him in the middle of the night to talk basketball, advice or just life.

"All of us have brothers and sisters – little brothers, little sisters – who for whatever reason always tend to get into your stuff. Your closet, your shoes - everything," Jordan said. "It was a nuisance, if I can say that word. But that nuisance turned into love over a period of time. Just because of the admiration that they had for you as big brothers, big sisters."

Jordan said he was inspired by Bryant, not just because of his love of the game, but for his constant desire to improve.

"No matter where he saw me, it was a challenge," Jordan said. "And I admire him because his passion... you rarely see someone who’s looking and trying to improve each and every day. Not just in sports but as a parent, as a husband."

Tears streaming down his face, Jordan jokingly acknowledged that he had been hoping he wouldn't cry.

"I'll have to look at another crying meme for the next ...I told my wife I wasn't going to do this because I didn't want to see this for the next three or four years," he said. "But that is what Kobe Bryant does to me. His friends can all say the same thing he knows how to get to you in a way that affects you personally- even if he's being a pain in the ass."

Jordan said that "when Kobe Bryant died, a piece of me died."

"And as I look in this arena and across the globe, a piece of you died," he said. 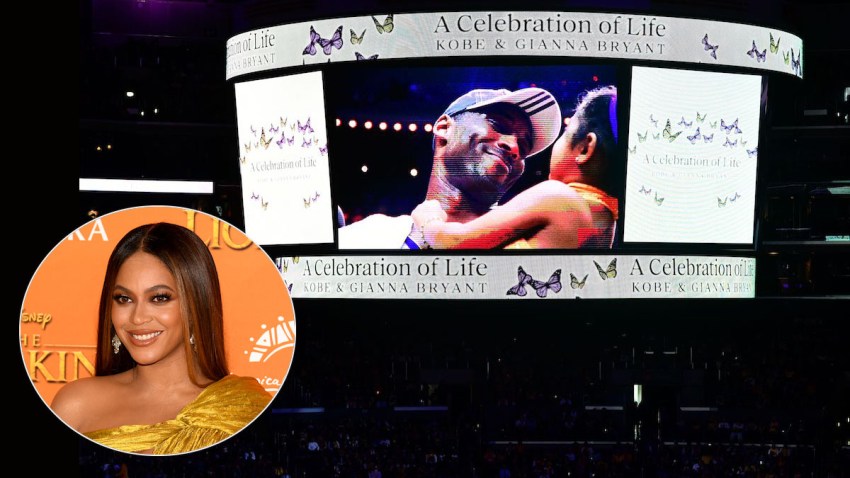 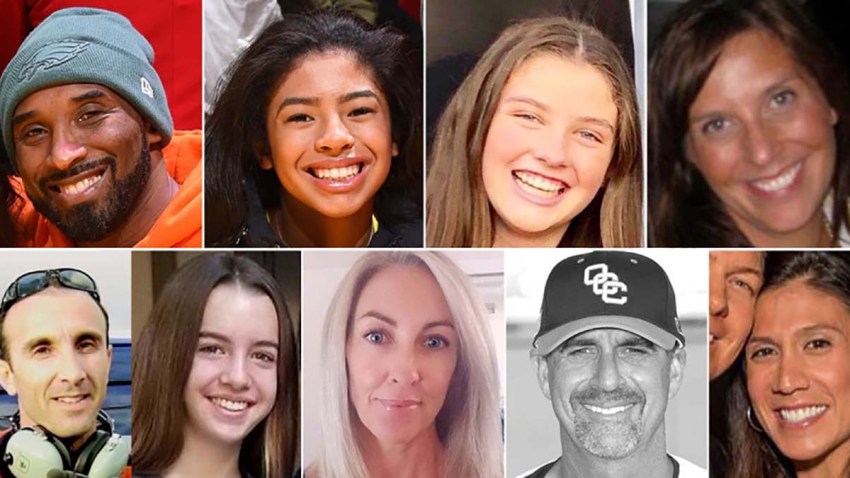 Helicopter Company Sued for Crash That Killed Kobe Bryant, 8 Others

But most prominently, it featured tearful words from Bryant's wife and Gianna's mother, Vanessa.

Vanessa Bryant said God knew her husband and daughter couldn't be on Earth without each other.

"He had to bring them home to have them together, she said. "Babe, you take care of our Gigi...We love and miss you boo boo and Gigi. May you both rest in peace and have fun in heaven until we meet again one day. We love you both and miss you forever and always ...Mommy."

Vanessa Bryant remembers her daughter, Gigi, and late husband, Kobe Byant, as she addressed the crowd at Staples Center during Monday’s memorial service.

Jordan encouraged the crowd to take a lesson from Bryant's life as they move forward.

"Kobe never left anything on the court. And I think that’s what he would want for us to do," Jordan said. "No one knows how much time we have. That’s why we must live in the moment. We must enjoy the moment. We must reach and see and spend as much time as we can with our family and friends and people that we love."

Along with Bryant and his daughter, also killed in the crash were:

-- John Altobelli, 56, longtime coach of the Orange Coast College baseball team, along with his wife, Keri, 46, and their 13-year-old daughter Alyssa, who was a teammate of Gianna on Bryant's Mamba Sports Academy basketball team;

-- Sarah Chester, 45, and her 13-year-old daughter Payton, who also played with Gianna and Alyssa;

-- Christina Mauser, 38, one of Bryant's assistant coaches on the Mamba Academy team; and